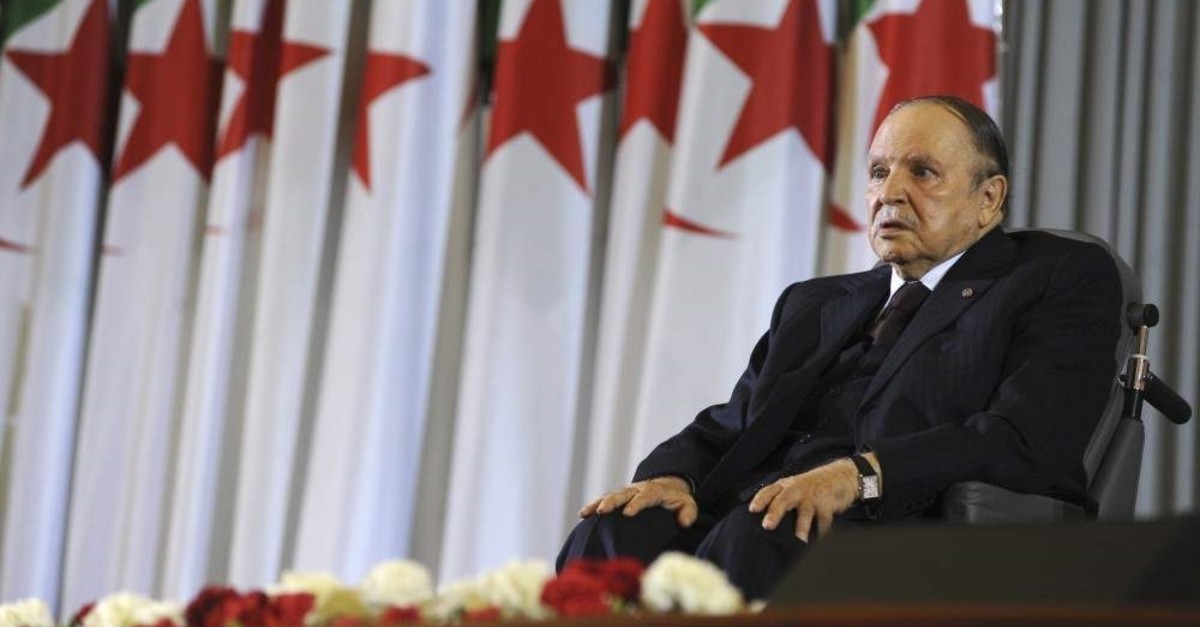 In the spirit of the 2011 Arab Spring, 2019 saw a renewed wave of major protests which forced four Middle Eastern leaders out of power, as aspirations for change reverberate across the region. Protesters managed to cast aside the shadow of fear to oust leaders in Sudan, Algeria, Iraq and Lebanon. The demonstrators remain determined to push through genuine reforms in lieu of cosmetic changes.

In December 2018, the Sudanese public took to the streets in protests against the country's dire economic conditions that escalated into demands for major change. On April 11, Sudan's President Omar al-Bashir stepped down following months of popular demonstrations against his 30-year rule.

According to the opposition Central Committee of Sudanese Doctors (CCSD), more than 300 protesters were killed in the demonstration, with dozens having gone missing. A Military Transitional Council (MTC), formed under a pact with the Forces of Freedom and Changes alliance, an umbrella organization of opposition groups, is now overseeing a two-year "transitional period" during which it has pledged to hold presidential elections. On Dec. 14, al-Bashir was sentenced to two years in prison for corruption and illicit possession of foreign currency and was sent to serve his sentence at a social welfare facility.

Meanwhile, on Feb. 16, Algerians staged mass protests shortly after the ruling National Liberation Front (FLN) party announced that Abdelaziz Bouteflika would seek out a fifth term as president. Bouteflika, 82, had ruled the North African nation since 1999. After losing the backing of the military and coming under sustained pressure from street protests, his 20 years in power came to an end on April 2. Persistent rallies continued across Algeria for over 10 months, despite the military jailing dozens of former regime officials over graft charges.

Since April, Algerians have expressed distrust in all figures with ties to Bouteflika's government, including interim President Abdelkader Bensalah, Prime Minister Noureddine Bedoui and former head of the Constitutional Council Tayeb Belaiz, who resigned on April 16 following protests. The same period saw many activists and political opponents arrested.

The military establishment lead by Lt. Gen. Ahmed Gaid Saleh, who died last week at age 79 following a heart attack, managed to avoid enforcing a period of transition, instead, sticking to the provisions of the country's Constitution, with a presidential election held on Dec. 12.

With a turnout of 40%, the polls resulted in a victory for Abdelmadjid Tebboune, who took 58.15% of the vote. Prime Minister Noureddine Bedoui submitted his resignation to Tebboune, who tasked Foreign Minister Sabri Boukadoum with the job of caretaker prime minister. Between 1984 and 1991, Tebboune served terms as the mayor of Tiaret, Adrar and Tizi Ouzou.

Seen by many as one of the symbols of the two-decadelong Bouteflika regime, Tebboune pledged during his campaign to meet the demands of protesters, many of whom consider him a de facto president.

Since early October, Iraq has been rocked by mass protests over poor living conditions and corruption, forcing the resignation of Prime Minister Adel Abdul-Mahdi. At least 496 people have been killed and 17,000 injured during the protests, according to Iraq's High Commission for Human Rights.

Protesters pressed for the departure and accountability of all political elites accused of corruption who have been in power since the fall of Saddam Hussein's regime in 2003.

Following the resignation of Abdul-Mahdi, a debate has arisen between political blocs over the naming of a new prime minister.

On Thursday, Iraqi lawmakers rejected the resignation of President Barham Salih, who wished to step down amid pressure to make way for the selection of Asaad al-Eidani, governor of Basra province, as the new prime minister. Al-Eidani, whose candidacy was proposed by the Parliament's majority-holding Al-Binaa Alliance, has been rejected by protesters, as he is accused of responsibility in the killing of demonstrators in Basra. The situation in Iraq remains uncertain, with protesters determined to have a new, independent president from outside the current political circles in power.

For decades, sectarianism has shaped the governance of Lebanon. However, recent protests against economic woes have united various sectarian and political factions across the country in mass protests, which erupted on Oct. 17. The demonstrations were sparked by government plans to tax messaging services such as WhatsApp, but quickly developed to address a broader set of grievances. The unrest forced Prime Minister Saad Hariri to resign amid the country's worst economic crisis since the 1975-1990 civil war. After Hariri bowed out on Oct. 29, parliamentary consultations resulted in Hassan Diab being named the new prime minister on Dec. 19. However, protests quickly followed against both Diab's selection and Central Bank policies amid calls from officials, including Hariri, for the protests to end. Lebanon suffers from high unemployment, slow growth and one of the highest debt ratios in the world, with a debt burden reaching $86.2 billion in the first quarter of 2019, according to its Finance Ministry.