Israel arrests over 5,500 Palestinians in one year, including women, children 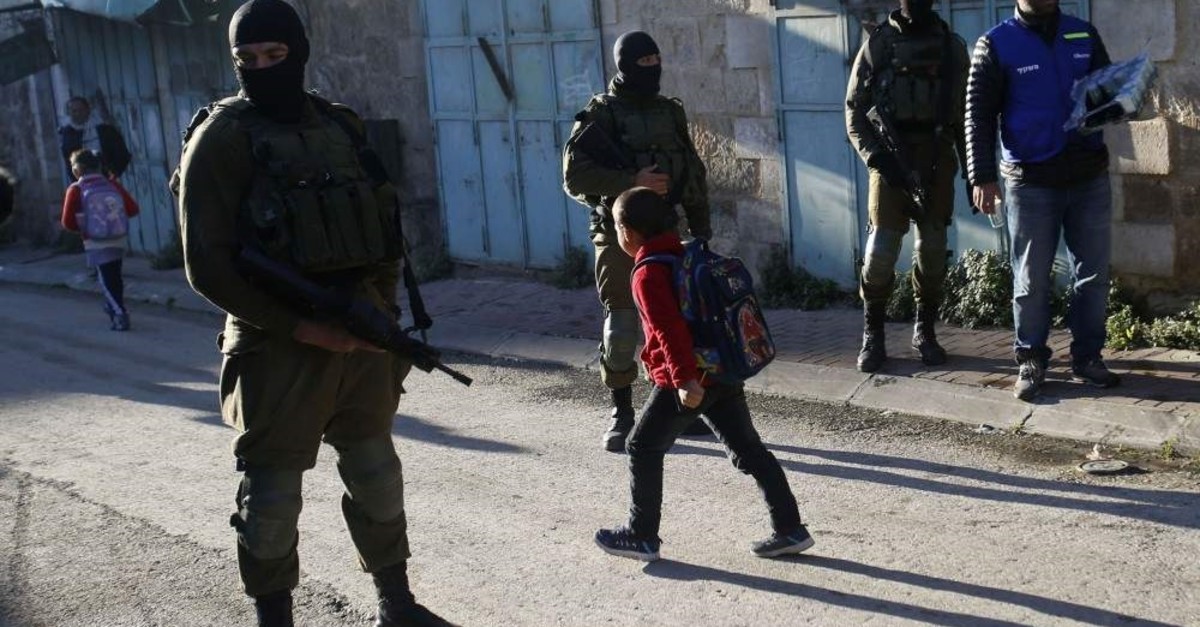 The statement added that around 700 of the prisoners suffer from various illnesses, including 10 cancer patients and 200 others with chronic diseases. "In 2019, Israeli authorities intensified arbitrary arrest campaigns against women and children, who suffered various forms of torture both during and after arrest," the joint statement said. It also added that in 2019, five Palestinian detainees died in Israeli prisons due to lack of proper medical treatment and deliberate medical negligence.

Israeli forces arrest Palestinians on a nearly daily basis, with some released after short investigations and others referred to Israeli courts. Several other reports released throughout the year have cast greater light on how problematic the arrests concerning Palestinian children have become.

In a separate annual report, the PPS claimed last month that the children arrested by Israel experienced numerous rights violations. They are often taken away from their homes late at night and are kept under harsh conditions, the report said. It noted that arrested children are deprived of their right to education, a clear violation of the Declaration of the Rights of the Child, while still others are denied family visits and proper medical treatment.

International human rights groups have heavily criticized Israel’s handling of Palestinian teen hero Ahed Tamimi, placing the Israeli military court system that Palestinian youth face on the West Bank under scrutiny. According to another report released last July by the Palestinian Prisoners Center for Studies, there was a 30% increase in the number of children arrested in 2019 compared to the same period in 2017, in which 380 children were arrested by Israeli forces.

Additionally, the Al-Mezan Center for Human Rights report had implied that hundreds of Palestinian children have been subjected to Israeli violence since the Great March of Return started last year, when hundreds of thousands of Palestinian demonstrators converged on the buffer zone separating Gaza from Israel. During the same period, 17 children were detained by Israeli forces during protests.

The reports point to an increase in the numbers and the violence surrounding the arrests of 2019 alone, however, the situation’s gravity in the longer period was best demonstrated in a Middle East Monitor report of last September, in which it was found that the Israeli occupation forces had arrested 120,000 Palestinians since the Oslo Accords was signed by Palestinian Liberation Forces (PLO) and Israel in 1993.

About 2,000 women and more than 17,500 children have been detained since the Oslo Accords, according to the report. More than half of Palestinian deputies, a number of ministers, hundreds of academics and the staff of nongovernmental and international organizations have been arrested by Israeli forces over this period. Detentions take place under harsh conditions, the likes of which have led to the deaths of hundreds of Palestinians in Israeli prisons. This year, the Palestinian Prisoners' Association, the Prisoners of Conscience and Human Rights Protection Organization had announced in a joint statement the deaths of 216 Palestinians in Israeli prisons since 1967.

Among these, seven were shot, 72 others were tortured to death and 59 lost their lives due to lack of medical care. The statement noted that Palestinians in Israeli prisoners were being subjected to "inhumane" treatment, including physical and psychological torture. Some 60% of the prisoners have suffered "brutal physical assaults." The statement also urged U.N. Secretary-General Antonio Guterres to launch a special committee to probe Palestinian deaths in Israeli prisons.