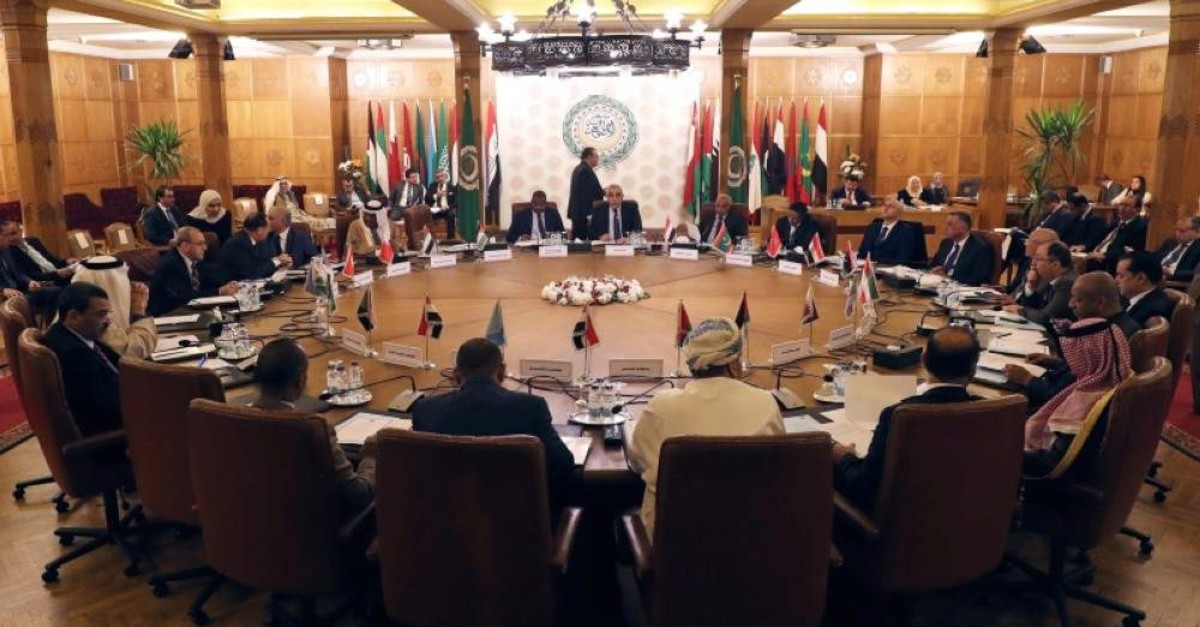 Permanent representatives of the Arab League at an emergency meeting to discuss Turkey's plans to send troops to Libya, in Cairo, Egypt, Dec. 31, 2019. (Reuters Photo)
by Anadolu Agency Jan 01, 2020 2:30 pm

The envoy of Libya's U.N.-recognized Government of National Accord (GNA) to the Arab League on Tuesday accused the bloc of "double standards" on the conflict engulfing Libya.

GNA representative Saleh Shammakhi decried what he called the "worst exploitation" by the Arab League of a maritime agreement between Libya and Turkey.

Speaking at a meeting of permanent representatives of the pan-Arab organization in Cairo, he said that Libya had called upon the Arab League to review its stance on the aggression posed against Tripoli by Libyan warlord Khalifa Haftar, but that the bloc had not responded.

"The Arab League is applying a double standard. It did nothing when we (the GNA) called for an emergency meeting when Haftar's aggression was launched," Shammakhi said at the meeting, which was held at the request of Egypt.

He added that double standards push the GNA to reconsider the relevance of staying in the organization, questioning the role of the Arab League and its representativeness of Arabs.

Shammakhi also cited the signing of two deals between Ankara and Libya's U.N.-recognized GNA on Nov. 27, in a pact outlining military cooperation, as well as one delineating the two countries' maritime boundaries in the Eastern Mediterranean.

Shammakhi asserted that the maritime agreement with Ankara "was signed in accordance with international law in a way that does not "harm the rights or sovereignty of any country," adding that Tripoli was prepared to receive or dispatch experts for the purpose of explaining and clarifying the terms of the agreement to any country seeking more information.

Libya's U.N.-recognized GNA has been struggling against the aggression of a group labeling themselves the Libyan National Army, led by Libyan warlord Khalifa Haftar. Haftar has been trying to capture the capital, Tripoli, for nine months, with the aid of mercenaries brought from neighbor countries, including Sudan and Chad. Haftar's illegal moves are supported by the United Arab Emirates, France, Saudi Arabia and Russia.