Iran might be planning more attacks on US interests, Esper says 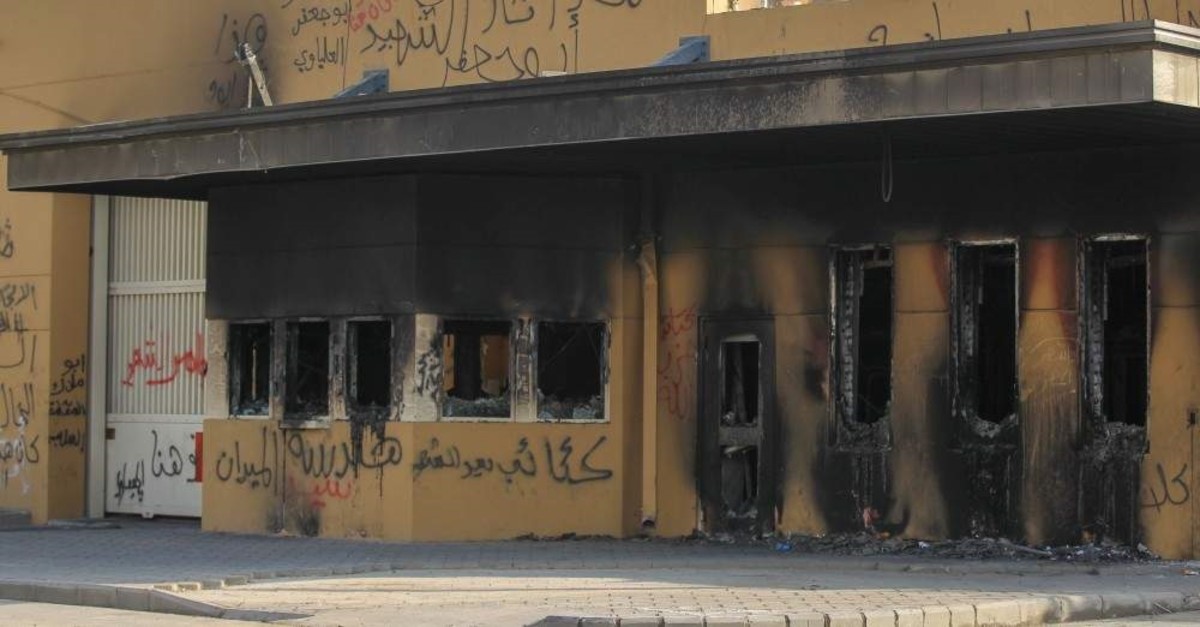 A picture shows the entrance leading to the U.S. embassy in the capital Baghdad on Jan. 2, 2020, which was damaged the day before by Hashed supporters. (AFP Photo)
by Associated Press Jan 02, 2020 8:48 pm

Iran or its proxy forces may be planning further strikes on American interests in the Middle East, and the U.S. is prepared to take preemptive military action if it gets sufficient warning, Defense Secretary Mark Esper said Thursday.

"The game has changed," Esper said, citing a series of violent attacks on U.S. personnel and facilities in Iraq in recent months by Iran-supported militia groups. "We're prepared to do what is necessary to defend our personnel and our interests and our partners in the region."

Tuesday, after a crowd of Iran-backed militiamen and their supporters stormed the U.S. Embassy compound in Baghdad, the Pentagon sent a Marine quick-reaction force to the embassy, and later it dispatched several hundred Army paratroopers from Fort Bragg, North Carolina. The paratroopers are in Kuwait as what Esper called "defensive support."

Esper announced Tuesday evening that in addition to sending about 750 soldiers from the 504th Parachute Infantry Regiment of the 82nd Airborne Division, the U.S. would deploy more troops from the Fort Bragg unit "over the next several days." On Thursday he gave no indication of additional imminent deployments.

"We'll take it day by day," Esper said when asked whether he had decided to send additional forces.

Without providing details, Esper told reporters at the Pentagon that the U.S. has "indications" that more Iranian provocations may be in the offing. If that happens, he said, the U.S. will take action – preemptively, if it has enough warning.

In a written statement Thursday, Esper said the U.S. is certain the attack on the embassy compound was carried out by Iran-supported Iraqi Shiite militias because key leaders of them were seen in the crowd. He specifically referred to Kataeb Hezbollah, or KH, a militia that is part of the Iraqi government-sanctioned Popular Mobilization Forces.

The U.S. also blames KH for a rocket attack on an Iraqi base near Kirkuk last week that killed one American contractor and wounded many American and Iraqi soldiers. In response, American airstrikes Sunday struck what the Pentagon described as five KH-related targets in western Iraq and eastern Syria, killing at least 25 fighters.

Speaking alongside Esper, Gen. Mark Milley, chairman of the Joint Chiefs of Staff, said the U.S. has sufficient forces at the Baghdad Embassy to defend it.

"We are very confident that the integrity of that embassy is strong, and it is highly unlikely to be physically overrun by anyone," Milley said. "There is sufficient combat power there, air and ground, that anyone who attempts to overrun that will run into a buzz saw."

Trump administration officials have expressed disappointment in the Baghdad government's failure to protect U.S. facilities and personnel in the face of numerous attacks by Iran-backed militiamen in recent months. Esper, however, took a more conciliatory tone Thursday when asked about repeated U.S. pleas for better Iraqi precautions.

Esper said the Iraqi government's "performance has greatly improved over the last 24 hours," with regard to security.