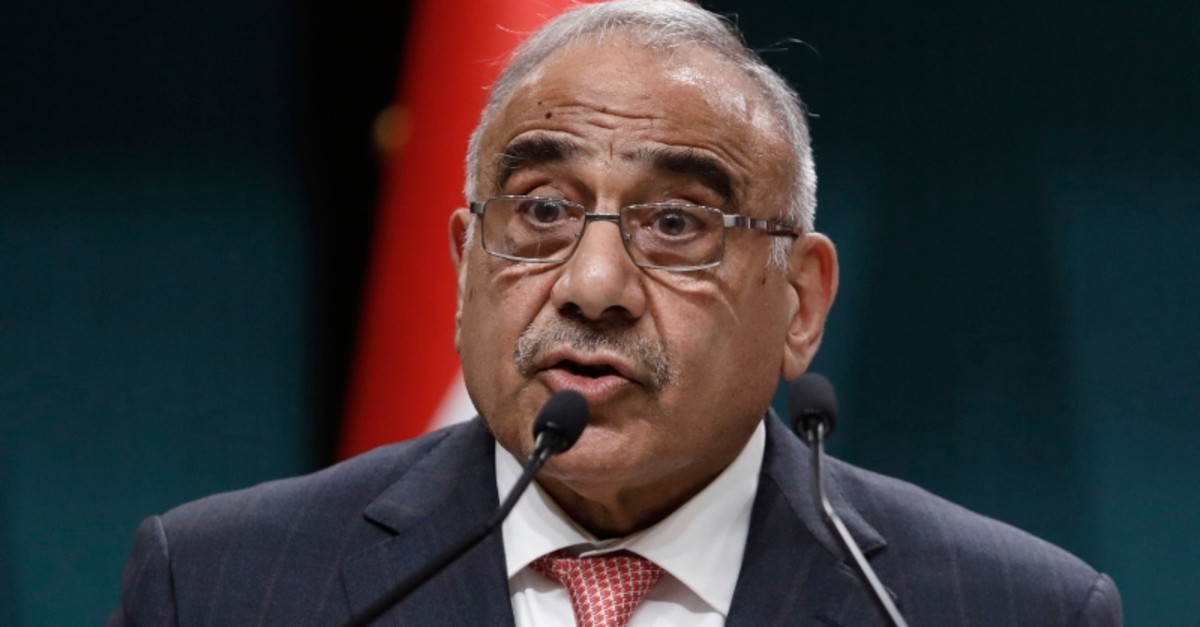 | AP Photo
by Daily Sabah with Wires Jan 03, 2020 11:04 am
Iraqi Prime Minister Adel Abdul-Mahdi condemned on Friday the "assassination" of Iranian Quds Force commander Qassem Soleimani and Iraqi militia commander Abu Mahdi al-Muhandis in a U.S. airstrike in Baghdad.
The airstrike on Baghdad International Airport is an act of aggression on Iraq and breach of its sovereignty that will lead to war in Iraq, the region and the world, he said in a statement.
Abdul-Mahdi called the airstrike a "massive breach of sovereignty," saying "the two martyrs were huge symbols of the victory" against the Daesh terror group.
Abdul-Mahdi also said the strike was an outrageous breach of the conditions for the presence of U.S. forces in the country.
He invited parliament to convene an extraordinary session, calling on them to take legislative actions that would safeguard Iraq's dignity, security and sovereignty.
Iraq's militia leader turned populist politician Muqtada al-Sadr reactivated his Mahdi Army Friday following the U.S. strike.
Taking to Twitter, al-Sadr ordered "fighters, particularly those from the Mahdi Army, to be ready" following the strike, reactivating the notoriously anti-American force nearly a decade after he dissolved it.
Iran-backed Iraqi militia commander Qais al-Khazali also ordered his fighters Friday to be on high alert for an upcoming battle and said the U.S. military presence in Iraq would end soon.
"All fighters should be on high alert for the upcoming battle and great victory. The price for the blood for the martyred commander Abu Mahdi al-Muhandis is the complete end to American military presence in Iraq," local TV channel al-Ahd, which is close to his Asaib Ahl al-Haq militia, quoted him as saying.
Meanwhile, the U.S. Embassy in Baghdad on Friday urged its citizens to depart Iraq immediately.
"Due to heightened tensions in Iraq and the region, the U.S. Embassy urges American citizens to heed the January 2020 Travel Advisory and depart Iraq immediately. U.S. citizens should depart via airline while possible, and failing that, to other countries via land," it said in a statement.
Last Update: Jan 03, 2020 12:14 pm
RELATED TOPICS