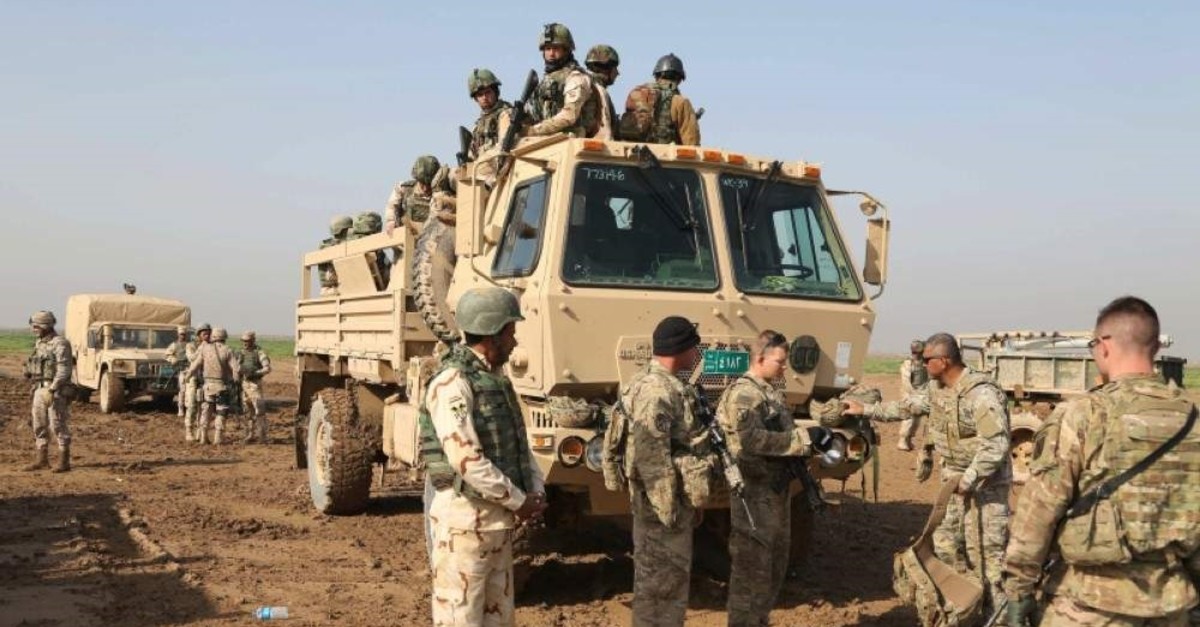 In this Sunday, Jan. 24, 2016 file photo, Iraqi soldiers participate in a training exercise with American and Spanish trainers at Basmaya base, 40 kilometers southeast of Baghdad, Iraq. (AP Photo)
by Compiled from Wire Services Jan 04, 2020 3:02 pm

NATO and member states of the coalition fighting Daesh announced the suspension of training of Iraqi security forces amid rising tensions between U.S. and Iran over the assassination of the latter's top general.

A spokesman for NATO had suspended training missions in Iraq, where the alliance was assisting the equipping of the country's security forces at the request of the Baghdad government.

Meanwhile, the German deployment command of the U.S.-led coalition combatting Daesh told the defence committee in the lower house of parliament in Berlin that the international coalition made the decision to suspend training as well.

Denmark, Norway and Sweden followed with statements on Saturday, saying that their forces were suspending training operations intended to boost the long-term capacity of Iraqi troops in countering Daesh militants.

The German military said the decision was a precautionary measure to protect deployed soldiers and applies to all partner nations with training missions in Iraq under Operation Inherent Resolve.

Soleimani was killed alongside the deputy head of Iraq's powerful, predominantly Shiite militia, the Hashdi Shaabi, Abu Mahdi al-Mohandes, in a move that sharply escalated tensions across the Middle East.

Germany had deployed 27 troops in a training capacity to Camp Taji, some 30 kilometres north of Baghdad.

The total German contingent for the international deployment against Islamic State currently numbers 415 men and women and is currently being commanded from Jordan, where many are stationed.

Norway has deployed around 70 troops in Anbar province, near the Syrian border, as part of Operation Inherent Resolve's training operations.

Denmark's roughly 130-strong force is stationed at the Al Asad Air Base, west of Baghdad. There are also around 10 Danish soldiers and officers in Baghdad with the NATO Mission Iraq.

Sweden has around 70 soldiers in northern Iraq.