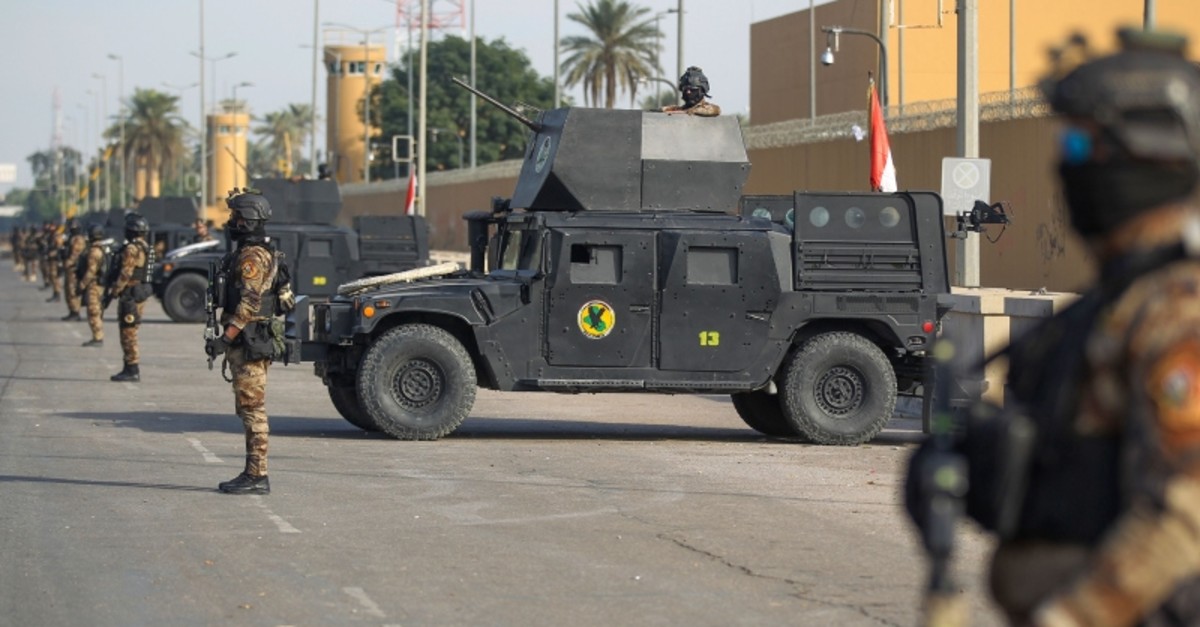 According to unconfirmed reports, a missile landed in the vicinity of the U.S. Embassy in the Iraqi capital. A Katyusha rocket fell inside the Green Zone, Reuters said citing police sources.

The road leading to the U.S. Embassy has been closed following the attack. No casualties were immediately reported.

Another rocket attack reportedly targeted Balad air base that hosts U.S. forces north of Baghdad. According to the base command, three Iraqi personnel were wounded after three mortar shells fell inside the base. Security sources there reported blaring sirens and said surveillance drones were sent above the base to locate the source of the rockets.

The reports come as thousands of militiamen and other supporters chanting "America is the Great Satan" marched in a funeral procession Saturday in Baghdad for Iran's top general after he was killed in a U.S. airstrike, as the region braced for Tehran to fulfill its vows of revenge.

Gen. Qassem Soleimani, the head of Iran's elite Quds Force and mastermind of its regional security strategy, was killed early Friday near the Baghdad international airport along with senior Iraqi militants in an airstrike ordered by U.S.President Donald Trump. The attack has caused regional tensions to soar and tested the U.S. alliance with Iraq.

Iran has vowed harsh retaliation, raising fears of an all-out war, but it's unclear how or when it might respond. Any retaliation was likely to come after three days of mourning declared by Supreme Leader Ayatollah Ali Khamenei. All eyes were on Iraq, where America and Iran have competed for influence since the 2003 U.S.-led invasion.