Esper says Pentagon expects retaliation from Iran; US not withdrawing from Iraq 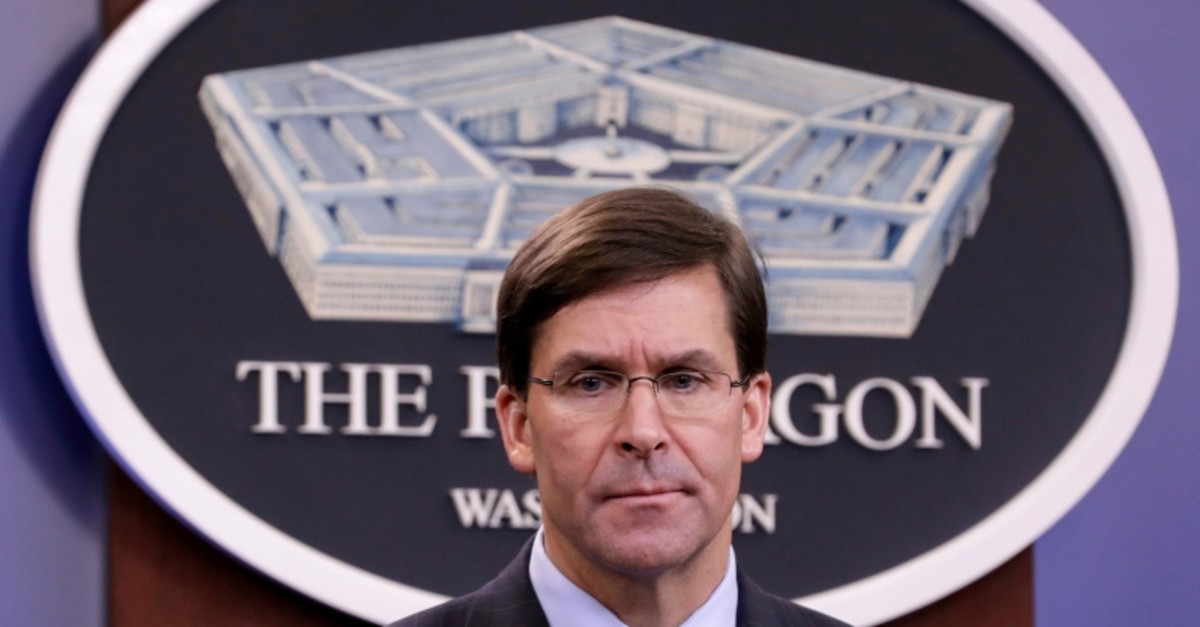 The U.S. defense chief Mark Esper said Tuesday that the Pentagon was expecting a retaliation from Iran for the killing of General Qasem Soleimani.

Esper also said that Washington would not be pulling troops out of Iraq, a day after a letter appeared on social media notifying Iraqi officials of U.S.-led coalition plans to leave the country.

"A draft unsigned letter that was acquired by an Iraqi official has no import, it has no value whatsoever," Mark Esper told the CNN network. "The United States is not withdrawing from Iraq."

Earlier in the day, multiple reports said Prime Minister Adil Abdul Mehdi interpreted the letter as the U.S. military withdrawal from the country.

Esper said he had spoken to Iraqi officials and conveyed the U.S. wanted to stay in Iraq to continue to fight against the Daesh terror group.

The alleged letter from Marine Corps Gen. William Seely, who oversees Iraqi military operations, was circulated on social media and drew a quick rejection from the U.S. military leadership.

Seely wrote to Deputy Director of Iraq's Joint Operations Command Abdul Amir notifying him that the U.S.-led coalition "will be repositioning forces over the course of the coming days and weeks to prepare for onward movement."

Joint Chiefs of Staff Chairman Gen. Mark Milley called the letter a "mistake" that should never have been released.

Speaking at the Pentagon on Monday, Milley said the letter was "poorly worded" and "implied withdrawal" which he claimed was not the intention.

Following the vote, U.S. President Donald Trump said Washington had spent a lot of money in Iraq for an "expensive base" that cost billions of dollars to build.

"We're not leaving unless they pay us back for it," said Trump on his way to Washington from Florida.