Iran designates all US forces 'terrorists' for killing general 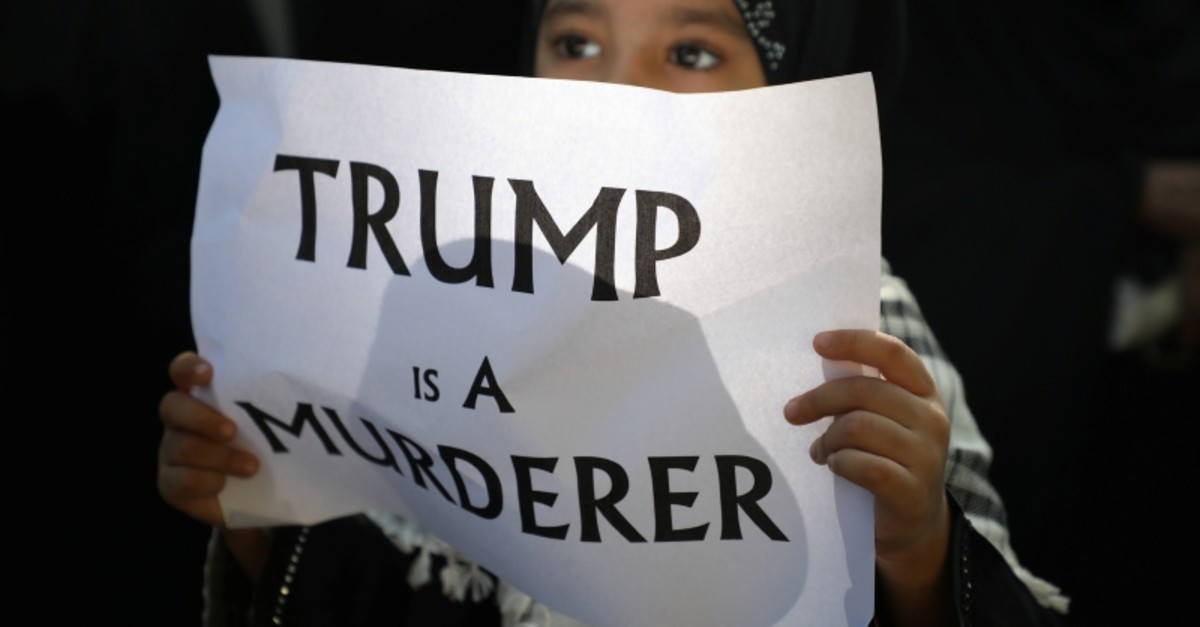 Iran's parliament passed a bill Tuesday designating all U.S. forces "terrorists" over the killing of a top Iranian military commander in a U.S. strike last week.

Iran's parliament passed an urgent bill declaring the U.S. military's command at the Pentagon in Washington and those acting on its behalf “terrorists," subject to Iranian sanctions. The measure appears to mirror a decision by President Donald Trump in April to declare the Revolutionary Guard a “terrorist organization.”
Under the newly adopted bill, all U.S. forces and employees of the Pentagon and affiliated organizations, agents and commanders and those who ordered the "martyrdom" of Qassem Soleimani were designated as "terrorists."
"Any aid to these forces, including military, intelligence, financial, technical, service or logistical, will be considered as cooperation in a terrorist act," parliament said.

The U.S. Defense Department used the guard’s designation as a terror organization in the U.S. to support the strike that killed Soleimani. The decision by Iran’s parliament, done by a special procedure to speed the bill to law, comes as officials across the country threaten to retaliate for Soleimani’s killing.

Qassem Soleimani, the popular head of the Revolutionary Guards' foreign operations arm, was killed in a U.S. drone strike outside Baghdad airport Friday, ratcheting up tensions between the arch-foes.

Iran’s foreign minister says the U.S. had declined to issue him a visa to attend United Nations meetings in New York amid the tensions sparked by an American drone strike killing a top Iranian general.

Zarif, speaking in Tehran, said, “They fear that someone comes to the U.S. and reveals realities.”

The U.S. State Department has not commented on Zarif’s visa request. The U.S., as the host of the U.N. headquarters, is supposed to allow foreign officials to attend such meetings.
Meanwhile, the secretary of Iran's Supreme National Security Council said that Iran has been considering 13 "revenge scenarios" in retaliation for a U.S. strike that killed a top Iranian commander in Iraqi, the semi-official Fars news agency reported.
"The Americans should know that until now 13 revenge scenarios have been discussed in the council and even if there is consensus on the weakest scenario carrying it out can be a historic nightmare for the Americans," Ali Shamkhani said.