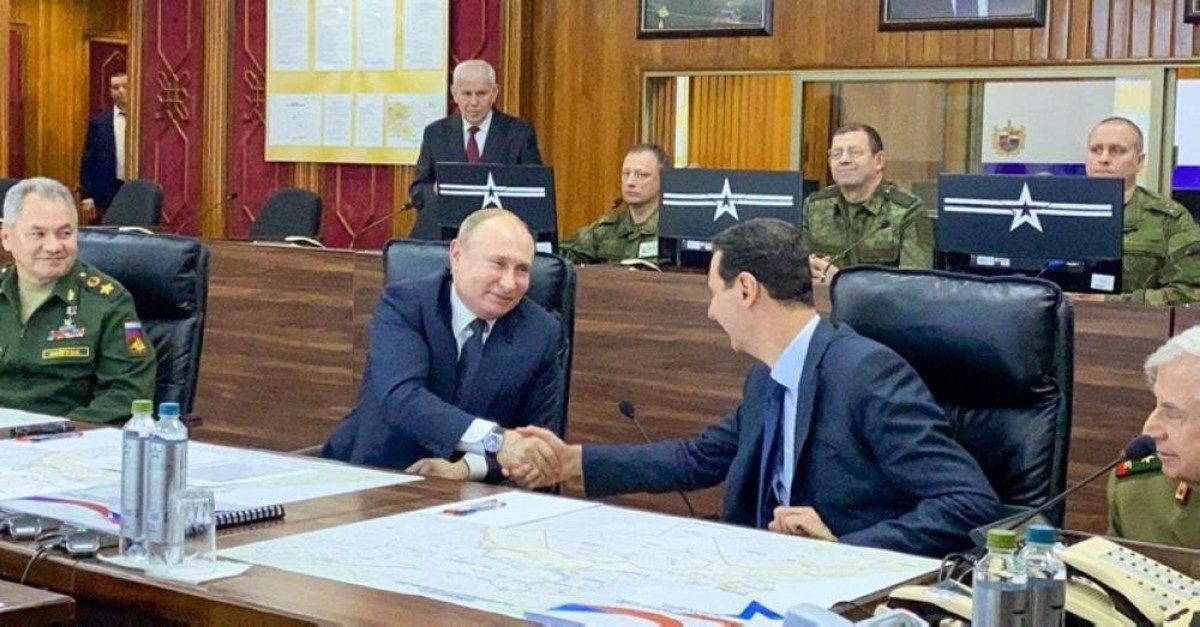 A handout picture released by the official Syrian presidency Telegram page on January 7, 2020 shows Assad (C-R) shaking the hand of Putin (C-L) at the headquarters of the Russian forces in Damascus. (AFP Photo)
by Compiled from Wire Services Jan 07, 2020 5:47 pm

"In his conversation with Assad, Putin noted that we can now say with confidence that a huge distance has been made toward restoring Syrian statehood and the country's territorial integrity," the agencies quoted Kremlin spokesman Dmitry Peskov as saying.

This is the first trip of the Russian president to the country since he visited Russia's Hmeymim airbase in Latakia province in 2017.

Russia deployed its air force to Syria in 2015, decisively turning the opposition fighters who were battling to topple regime leader Assad in the country's civil war.

Soleimani's death has sparked calls across Iran for revenge against America for a slaying that's drastically raised tensions across the Middle East.

The U.S. government warned ships of an unspecified threat from Iran across all the Mideast's waterways, crucial routes for global energy supplies. Meanwhile, the U.S. Air Force launched a drill with 52 fighter jets in Utah, just days after President Donald Trump threatened to hit 52 sites in Iran.