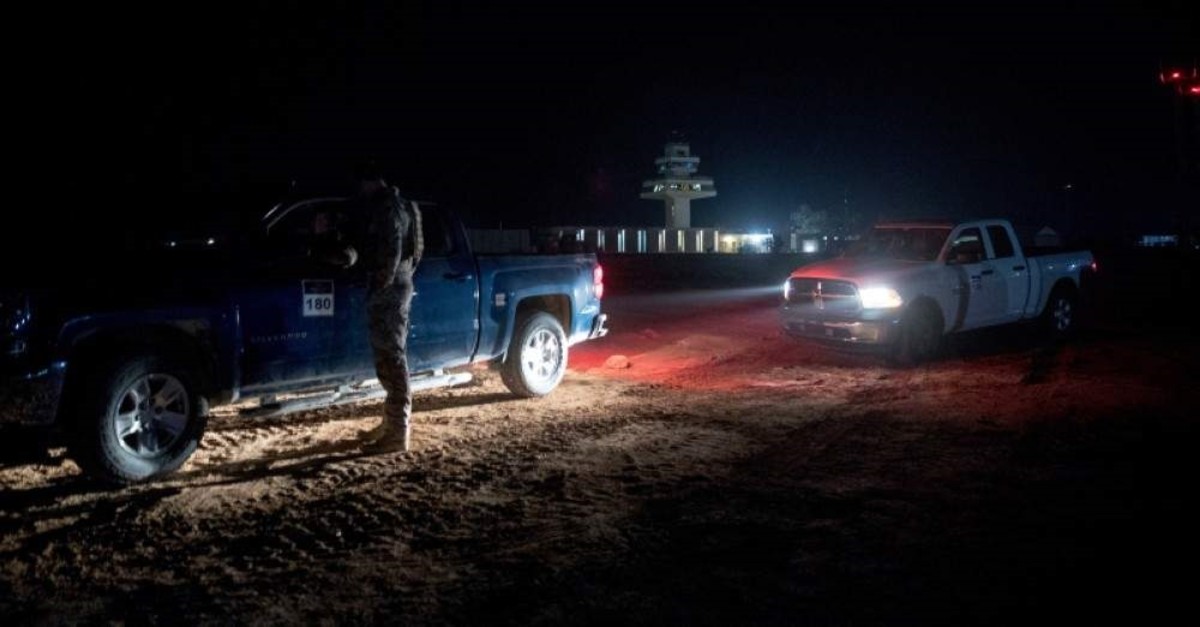 In this Dec. 26, 2018, file photo, members of the military wait outside facilities where President Donald Trump and first lady Melania Trump are visiting at Al Assad Air Base, Iraq. (AP Photo)
by Jan 08, 2020 8:55 am
Iranian state television said on Wednesday that at least 80 "American terrorists" were killed in attacks involving 15 missiles Tehran launched on U.S. targets in Iraq, adding that none of the missiles were intercepted.

State TV, citing a senior Revolutionary Guards source, also said Iran had 100 other targets in the region in its sights if Washington took any retaliatory measures. It also said U.S. helicopters and military equipment were "severely damaged".

Iran launched missile attacks on U.S.-led forces in Iraq in the early hours of Wednesday in retaliation for the U.S. drone strike on an Iranian commander whose killing has raised fears of a wider war in the Middle East.

Shortly after the attack, Iran's army renewed the demand for U.S. troops to be withdrawn from the Middle East.

"Now that they have understood our power, it is time for the United States to withdraw its troops from the Middle East," Iran's armed forces chief of staff General Mohammad Baqeri said in a statement, according to state television.