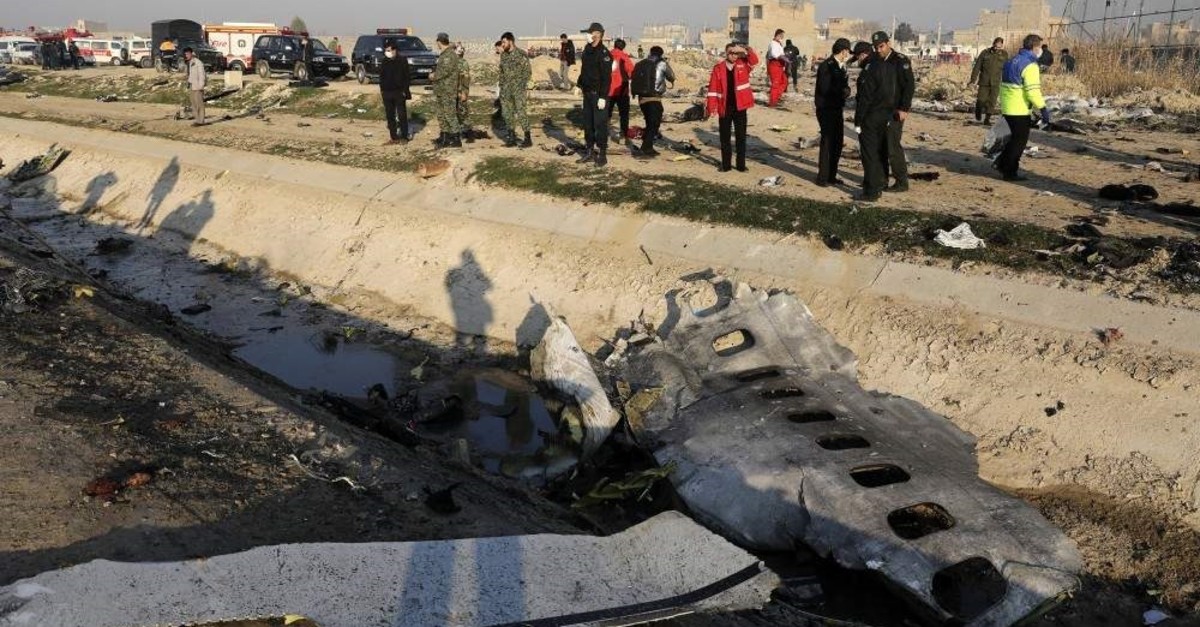 Debris is seen from an Ukrainian plane which crashed as authorities work at the scene in Shahedshahr, southwest of the capital Tehran, Iran, Wednesday, Jan. 8, 2020. (AP Photo)
by Jan 09, 2020 12:22 am

The initial assessment of Western intelligence agencies is that a Ukrainian airliner which crashed in Iran on Wednesday was not brought down by a missile, said a Canadian security source.

The source, who declined to be identified, said the agencies believed the Boeing 737 plane had suffered a technical malfunction. The Ukraine International Airline jet crashed shortly after takeoff from Tehran, killing all 176 people on board.

The disaster occurred shortly after Iran launched a series of missile attacks against two military bases in Iraq that housed U.S. troops.

"The initial assessment of Western intelligence agencies is that the plane was not brought down by a missile. There is no evidence to suggest that," said the source.

The agencies believe the most likely cause of the crash was a malfunction, the source added, saying there was some evidence one of the plane's engines had overheated.

Boeing said it had no additional comment. Earlier, the company said it was in contact with the airline and was ready to assist.

It was Kyiv-based Ukraine International Airlines' first fatal crash, and the carrier said it was doing everything possible to establish the cause.

Ukraine said it was sending a team of experts to Iran to investigate. President Volodymyr Zelenskyy said he had instructed Ukraine's prosecutor general to open criminal proceedings, without specifying who they would involve.

Under international rules, responsibility for investigating the crash lies with Iran. Iranian state television said both of the plane's black box voice and data recorders had been found.

The semi-official Mehr news agency quoted the head of Iran's civil aviation organization as saying it was not clear which country Iran would send the black boxes to for analysis of the data, but it would not give them to Boeing.

The crash looks set to strain fragile international protocols on co-operation in air disaster investigations at a time when the United States and Iran are mired in confrontation.