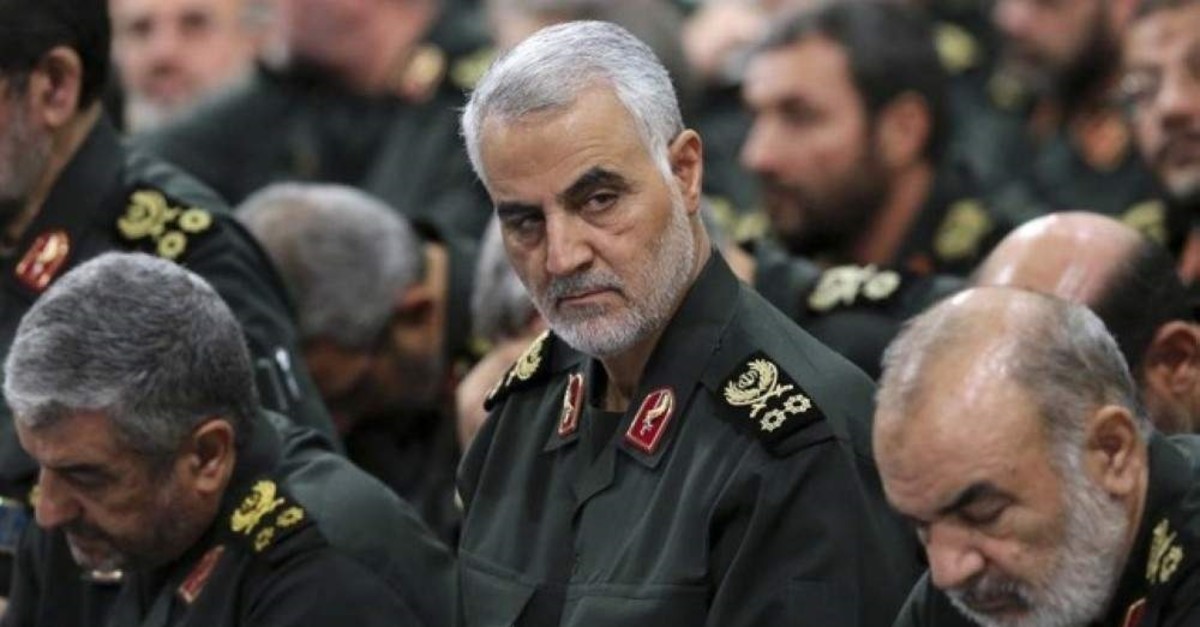 Iranian Gen. Qassem Soleimani arrived at the Damascus airport in a vehicle with dark-tinted glass. Four soldiers from Iran's Revolutionary Guards rode with him. They parked near a staircase leading to a Cham Wings Airbus A320, destined for Baghdad.

Neither Soleimani nor the soldiers were registered on the passenger manifesto, according to a Cham Wings airline employee who described the scene of their departure from the Syrian capital to Reuters. Soleimani avoided using his private plane because of rising concerns about his own security, said an Iraqi security source with knowledge of Soleimani's security arrangements.

The passenger flight would be Soleimani's last. Rockets fired from a U.S. drone killed him as he left the Baghdad airport in a convoy of two armored vehicles. Also killed was the man who met him at the airport: Abu Mahdi al-Muhandis, deputy head of Iraq's Popular Mobilisation Forces (PMF), the Iraqi government's umbrella group for the country's militias.

The Iraqi investigation into the strikes that killed the two men on Jan. 3 started minutes after the U.S. strike, two Iraqi security officials told Reuters. National Security agents sealed off the airport and prevented dozens of security staff from leaving, including police, passport officers and intelligence agents.

Investigators have focused on how suspected informants inside the Damascus and Baghdad airports collaborated with the U.S. military to help track and pinpoint Soleimani's position, according to Reuters interviews with two security officials with direct knowledge of Iraq's investigation, two Baghdad airport employees, two police officials and two employees of Syria's Cham Wings Airlines, a private commercial airline headquartered in Damascus.

The probe is being led by Falih al-Fayadh, who serves as Iraq's national security adviser and the head of the PMF, the body that coordinates with Iraq's mostly Shiite militias, many of which are backed by Iran and had close ties to Soleimani.

The National Security agency's investigators have "strong indications that a network of spies inside Baghdad Airport were involved in leaking sensitive security details" on Soleimani's arrival to the United States, one of the Iraqi security officials told Reuters.

The suspects include two security staffers at the Baghdad airport and two Cham Wings employees – "a spy at the Damascus airport and another one working on board the airplane," the source said. The National Security agency's investigators believe the four suspects, who have not been arrested, worked as part of a wider group of people feeding information to the U.S. military, the official said.

The two employees of Cham Wings are under investigation by Syrian intelligence, the two Iraqi security officials said. The Syrian General Intelligence Directorate did not respond to a request for comment. In Baghdad, National Security agents are investigating the two airport security workers, who are part of the nation's Facility Protection Service, one of the Iraqi security officials said.

"Initial findings of the Baghdad investigation team suggest that the first tip on Soleimani came from Damascus airport," the official said. "The job of the Baghdad airport cell was to confirm the arrival of the target and details of his convoy."

The U.S. Department of Defense declined to comment on whether informants in Iraq and Syria played a role in the attacks. U.S. officials, speaking on condition of anonymity, told Reuters the United States had been closely tracking Soleimani's movements for days prior to the strike but declined to say how the military pinpointed his location the night of the attack.

A Cham Wings manager in Damascus said airline employees were prohibited from commenting on the attack or investigation. A spokesman for Iraq's Civil Aviation Authority, which operates the nation's airports, declined to comment on the investigation but called it routine after "such incidents which include high-profile officials."

Soleimani's plane landed at the Baghdad airport at about 12:30 a.m. on Jan. 3, according to two airport officials, citing footage from its security cameras. The general and his guards exited the plane on a staircase directly to the tarmac, bypassing customs. Al-Muhandis met him outside the plane, and the two men stepped into a waiting armored vehicle. The soldiers guarding the general piled into another armored SUV, the airport officials said.

As airport security officers looked on, the two vehicles headed down the main road leading out of the airport, the officials said. The first two U.S. rockets struck the vehicle carrying Soleimani and Muhandis at 12:55 a.m. The SUV carrying his security was hit seconds later.

As commander of the Revolutionary Guards' elite Quds force, Soleimani ran clandestine operations in foreign countries and was a key figure in Iran's long-standing campaign to drive U.S. forces out of Iraq. He spent years running covert operations and cultivating militia leaders in Iraq to extend Iran's influence and fight the interests of the United States. Reuters reported Saturday that, starting in October, Soleimani had secretly launched stepped-up attacks on U.S. forces stationed in Iraq and equipped Iraqi militias with sophisticated weaponry to carry them out.

The attack on the general sparked widespread outrage and vows of revenge in Iran, which responded on Wednesday with a missile attack on two Iraq military bases that house U.S. troops. No Americans or Iraqis were killed or injured in the strike.

In the hours after the attack, investigators pored over all incoming calls and text messages by the airport night-shift staff in search of who might have tipped off the United States to Soleimani's movements, the Iraqi security officials said. National Security agents conducted hourslong interrogations with employees of airport security and Cham Wings, the sources said. One security worker said agents questioned him for 24 hours before releasing him.

For hours, they grilled him about who he had spoken or text with before Soleimani's plane landed – including any "weird requests" related to the Damascus flight – and confiscated his mobile phone.

"They asked me a million questions," he said.