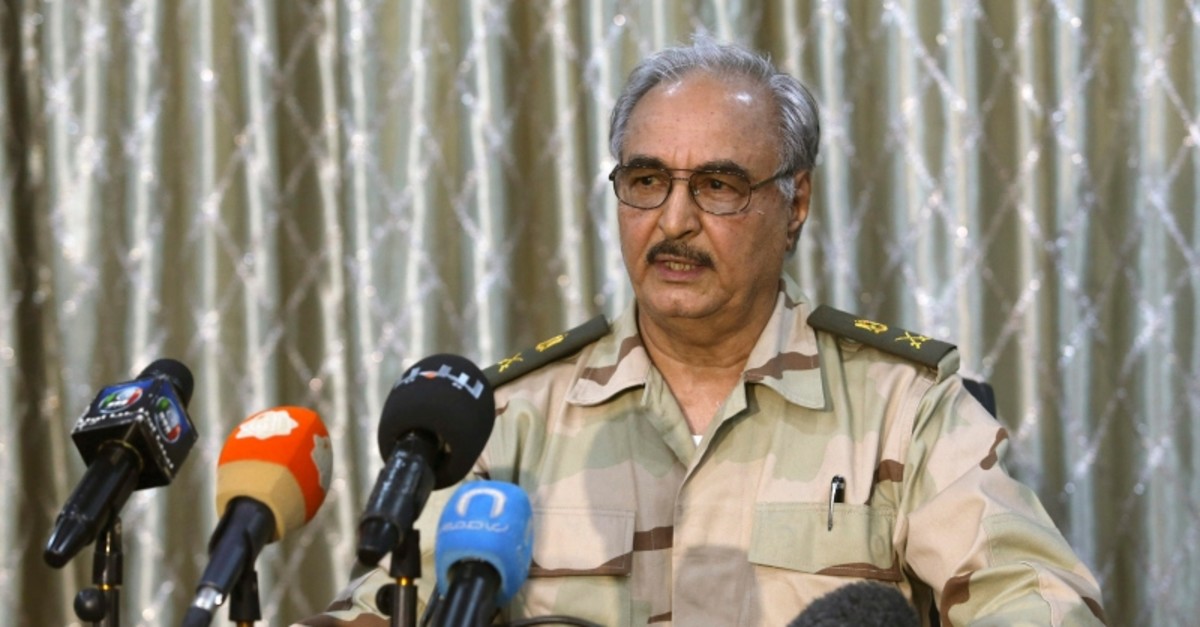 Turkey and Russia urged Libya's warring parties the previous day to declare a cease-fire by Sunday as warring factions clashed and carried out airstrikes in a conflict drawing increasing foreign involvement and concern.

Turkey backs Fayez al-Sarraj's Tripoli-based, internationally recognized Government of National Accord (GNA) and has said it will send military advisers and troops to reinforce its support, while Russian military contractors have been deployed alongside Haftar's eastern-based Libyan National Army (LNA).

After talks between their presidents, Recep Tayyip Erdoğan and Vladimir Putin, in Istanbul, Turkey and Russia called jointly for an end to hostilities, normalization of life in Tripoli and other cities, and U.N.-sponsored peace talks.

The conflict is undermining regional security and "triggering irregular migration, further spread of weapons, terrorism and other criminal activities including illicit trafficking," their statement said.

Any cease-fire deal will likely be hard to enforce after a recent escalation in fighting around Tripoli and Sirte, and given the fractious, loose nature of Libya's military alliances.

The United Nations has been leading efforts for months to pave the way for a truce and political negotiations in Libya, a major oil and gas producer, with few visible signs of progress.

The GNA said late Wednesday it welcomed any "serious call" to return to political talks, without addressing the cease-fire call directly.

The United Nations said it welcomed recent cease-fire calls, including that from Turkey and Russia, and urged Libyan parties to respond positively.

Haftar's LNA took control of Sirte, a strategically important city in the center of Libya's Mediterranean coastline, in a rapid advance on Monday and is seeking to consolidate gains.

Since April, the LNA has also been waging a campaign to take the capital, Tripoli, about 370 km (230 miles) northwest of Sirte, where it is battling forces aligned with the GNA.

GNA forces said Tuesday they had withdrawn from Sirte to avoid bloodshed. Those forces are mainly from the port of Misrata, 190 km (118 miles) east of Tripoli, and had controlled Sirte since driving Daesh terrorists from the city in late 2016.

On Tuesday afternoon, clashes broke out around al-Washka, on the road between Sirte and Misrata, where LNA sources said nine of their men were killed in an evening drone attack.

On Wednesday, the LNA responded with airstrikes near the Abu Grein checkpoint, close to al-Washka, where clashes were continuing, LNA military officials said.

Later, unusually heavy artillery bombardment could be heard around Mitiga airport in Tripoli, which was closed last week because of shelling and rocket fire.