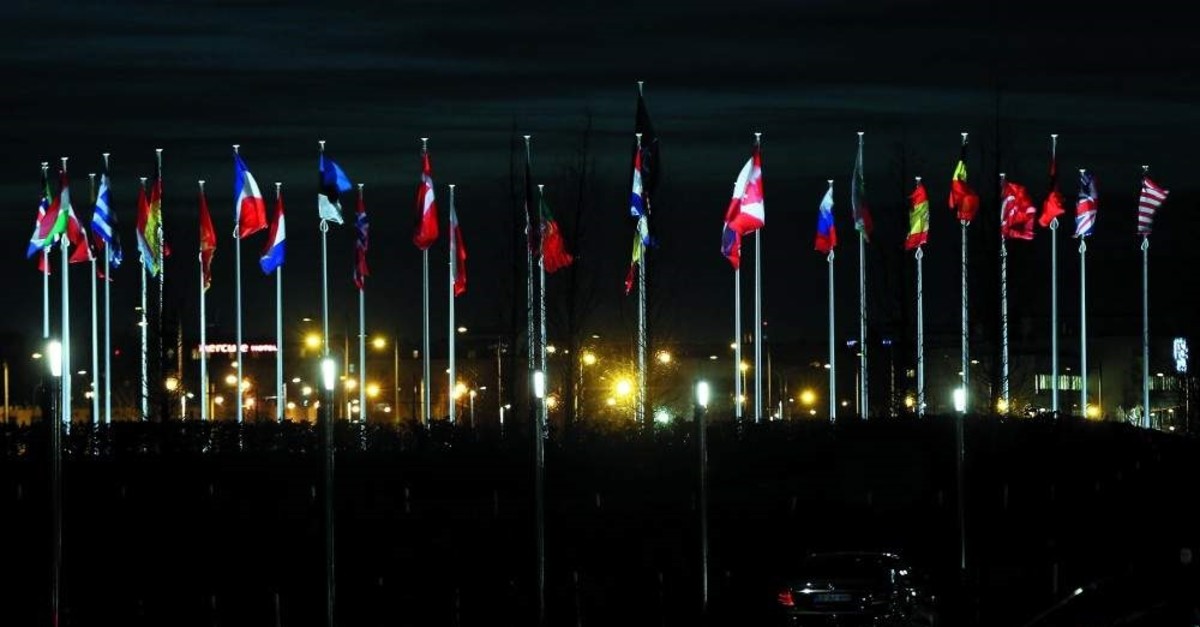 Flags of NATO allies flying at the alliance's headquarters in Brussels, Jan. 7, 2020. (AA Photo)
by Associated Press
Jan 10, 2020 1:18 pm
U.S. President Donald Trump thinks NATO should be expanded to include nations in the Middle East. He even suggested a new name for the 70-year-old alliance: "NATOME" short for NATO-Middle East.

Speaking to reporters at the White House during an unrelated event, Trump said the U.S. had tamped down Daesh terrorists, eliminating their control of territory and killing their leader Abu Bakr al-Baghdadi.

"We did Europe a big favor," he said.

"I think NATO should be expanded and we should include the Middle East, absolutely. ... Right now the burden is on us and that's not fair," Trump said.

Trump said he also wants to see more NATO troops in the Middle East because problems there are international in scope. He said he spoke about NATO's role on Wednesday during a phone call with NATO Secretary-General Jens Stoltenberg.

"I think he was actually excited about it. I actually had a name. NATO, right, and then you have ME, Middle East. They would call it NATOME," Trump said.

"I'm good at names, right," he said and noted how the new North American trade agreement is called USMCA for the U.S., Mexico and Canada.