US to launch new sanctions on Iranian officials 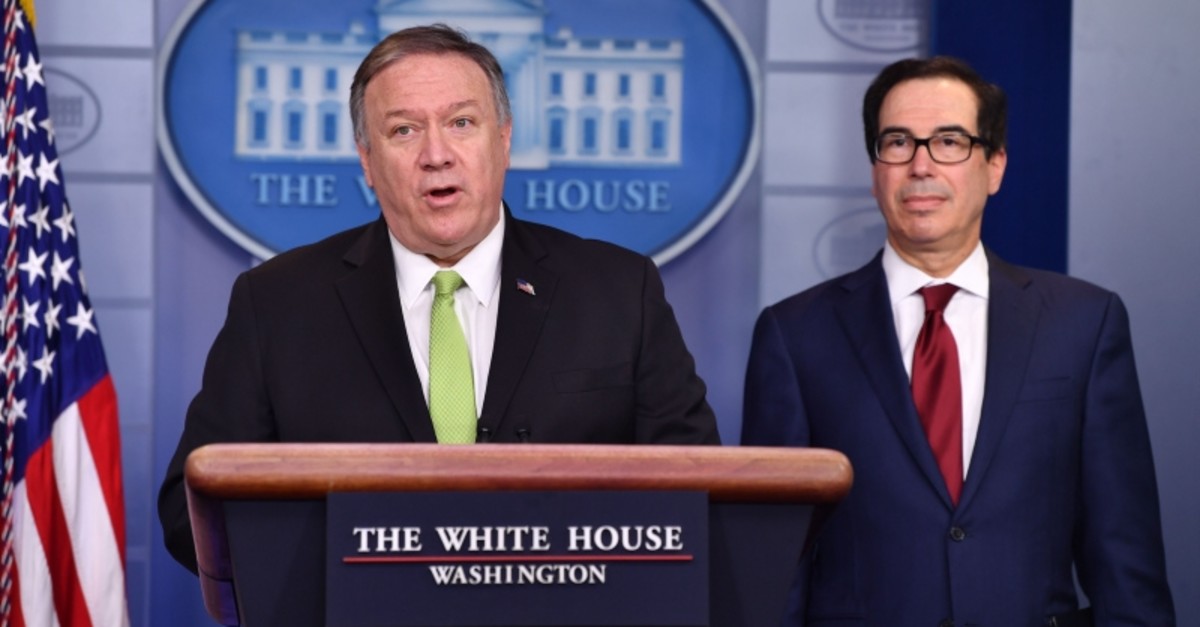 by French Press Agency - AFP Jan 10, 2020 6:57 pm
The United States on Friday announced fresh sanctions against eight top Iranian officials it has accused of working to destabilize the region, as well as against more than a dozen leading producers of metals in Iran.
"As a result of these actions, we will cut off billions of dollars of support to the Iranian regime," Treasury Secretary Steven Mnuchin told reporters at a White House briefing.
Among the senior Iranian officials targeted in the new measures were Ali Shamkhani, the secretary of Iran's Supreme National Security Council, Mohammad Reza Ashtiani, the Iranian armed forces deputy chief of staff and Gholamreza Soleimani, the head of the Basij militia, a volunteer force loyal to the regime.
The U.S. Treasury also slapped sanctions on 17 Iranian metals producers and mining companies which it said generated billions of dollars in revenue.
The sanctions also included a network of three entities that are based in China and the Seychelles, as well as a vessel "involved in the purchase, sale, and transfer of Iranian metals products," the Treasury said in a statement.
Mnuchin said the officials and companies were being targeted in response to Iranian ballistic strikes targeting Iraqi military bases where U.S. forces are stationed. That attack was launched after a U.S. drone strike in Baghdad killed top Iranian general Qasem Soleimani.
Mnuchin said that the measures hitting Iran's economy "will continue until the regime stops the funding of global terrorism and commits to never having nuclear weapons."
Last Update: Jan 10, 2020 9:20 pm
RELATED TOPICS