US dismisses Iraq's request to work on troop withdrawal plan 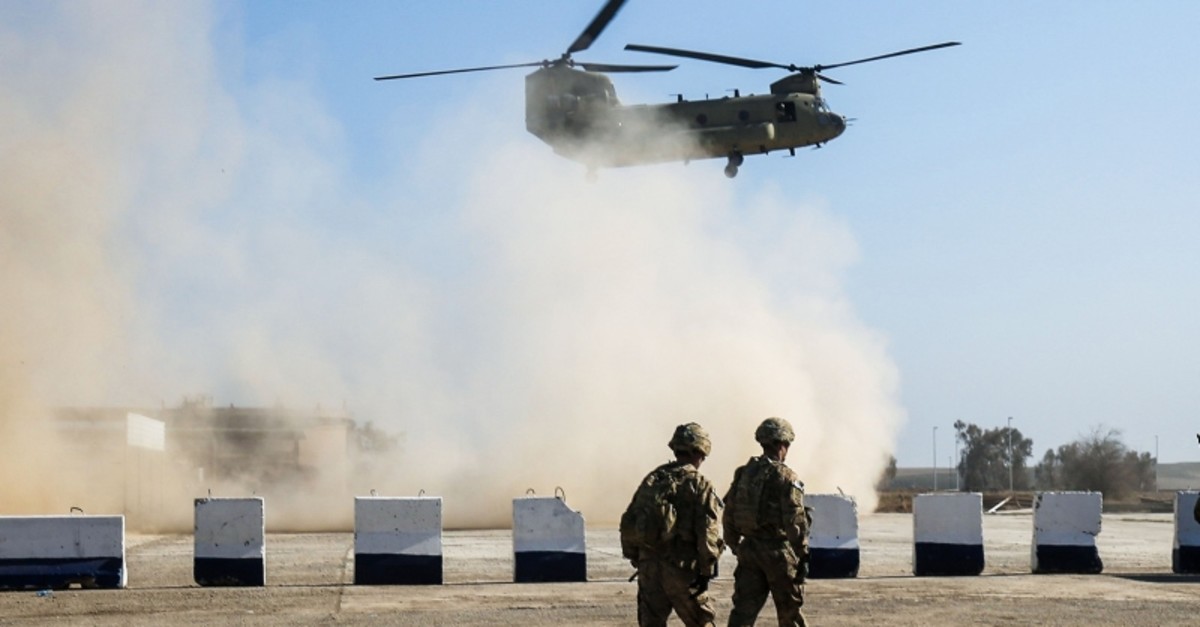 Iraq's caretaker prime minister asked Washington to start working out a road map for a withdrawal of American troops from the country, however, the U.S. State Department on Friday bluntly rejected the request, saying the two sides should instead talk about how to "recommit" to their partnership.

Thousands of anti-government protesters gathered in the capital and southern Iraq, many calling on both Iran and America to leave Iraq, reflecting anger and frustration over the two rivals – both Baghdad's allies – trading blows on Iraqi soil.

The request from Prime Minister Adel Abdul-Mahdi declared his determination to push ahead with demands for U.S. troops to leave Iraq, stoked by the American drone strike on Jan. 3 that killed top Iranian Gen. Qassem Soleimani. In a phone call Thursday night, he told U.S. Secretary of State Mike Pompeo that recent U.S. strikes in Iraq were an unacceptable breach of Iraqi sovereignty and a violation of the terms of their security agreements, his office said.

He asked Pompeo to "send delegates to Iraq to prepare a mechanism" to carry out the Iraqi Parliament's resolution on withdrawing foreign troops, according to the statement.

The prime minister said American forces had entered Iraq and drones were operating in its airspace without permission from Iraqi authorities, and that this amounted to "a violation of bilateral agreements," the statement added.

Abdul-Mahdi signaled that he would push for American forces to leave despite recent signs of de-escalation between Tehran and Washington after Iran retaliated for Soleimani's death with a barrage of missiles hitting two Iraqi bases where U.S. troops were based – however, no casualties were inflicted.

Iraqis have expressed fury and desperation at being caught in the middle of fighting between Baghdad's two closest allies. Abdul-Mahdi has said he rejects all violations of Iraqi sovereignty in the face of both Iranian and U.S. strikes.

On Friday, the U.S. State Department flatly dismissed the request of withdrawal, saying the presence of U.S. troops was crucial for the fight against the Islamic State group and it would not discuss their removal.

"Any delegation sent to Iraq would be dedicated to discussing how to best recommit to our strategic partnership – not to discuss troop withdrawal, but our right, appropriate force posture in the Middle East," said spokesperson Morgan Ortagus.

"We want to be a friend and partner to a sovereign, prosperous, and stable Iraq," she added.

Iraqi lawmakers passed a resolution Sunday to oust U.S. troops, following the Jan. 3 U.S. drone strike that killed Soleimani and senior Iraqi militia commander Abu Mahdi al-Muhandis at Baghdad's airport. The nonbinding vote put the responsibility on the government to formally request a withdrawal. Abdul-Mahdi, addressing lawmakers at the time, called for "urgent measures" to ensure the removal of the troops.

Speaking to Pompeo, Abdul-Mahdi stopped short of requesting an immediate withdrawal and appeared to want to give the U.S. time to draw up a strategy and timeline for departure.

In response to the initial call, the State Department made no mention of Abdul-Mahdi's request regarding troops. It said Pompeo had initiated the call and reiterated the U.S. condemnation of the Iranian missile strikes on two bases, underscoring that President Donald Trump "has said the United States will do whatever it takes to protect the American and Iraqi people and defend our collective interests."

There are some 5,200 U.S. troops in Iraq assisting and providing training to Iraqi security counter-parts to fight the Islamic State group. An American pullout could deeply set back efforts to crush remnants of the group amid concerns of a resurgence amid the political turmoil.

Top American military officials including Gen. Mark Milley, chairman of the Joint Chiefs of Staff, and Defense Secretary Mark Esper, have said there were no plans for the U.S. to withdraw.

Ortagus also said the State Department was in talks with NATO to increase its role in Iraq. Trump has invited NATO to play a larger role in the Middle East.

"Today, a NATO delegation is at the State Department to discuss increasing NATO's role in Iraq, in line with the president's desire for burden-sharing in all of our collective defense efforts," the statement said. "There does, however, need to be a conversation between the U.S. and Iraqi governments not just regarding security, but about our financial, economic, and diplomatic partnership."

Ortagus did not elaborate. Iraq is highly dependent on Iranian sanction waivers from Washington in order to continue importing Iranian gas to meet its electricity demands, and the U.S. has consistently used this as leverage in the past. The current waiver expires in February, and without a new one, Iraq could face severe penalties.

Still, the demand for withdrawal is not universal. Sunni and Kurdish lawmakers oppose the Parliament resolution. The Sunnis see the U.S. presence as a bulwark against domination by the majority Shiites and Iran, while the Kurdish security forces had benefited from American training and aid.

The latest escalation in tensions between Tehran and Washington on Iraqi soil was set off when a rocket attack blamed on the Iranian-backed militia group Kataeb Hezbollah, or Hezbollah Brigades, caused the death of an American contractor at a base in Kirkuk province in late December. The U.S. replied with a barrage of strikes on the militia's bases, killing at least 25 people.

Protesters have lambasted the ongoing diplomatic crisis between Iraq, the U.S. and Iran in mass protests across the capital and southern provinces.

Thousands have since amassed in Baghdad's Tahrir square, the epicenter of the protest movement, and many chanted "Damn Iran and America!" Large demonstrations were also held in southern provinces of Basra, Dhi Qar, Najaf and Diwanieh, as anti-government protesters sought to recover momentum following the regional tensions that overshadowed their uprising.

Meanwhile, Grand Ayatollah Ali al-Sistani urged rival Iraqi political factions to unite and put private interests aside, saying their attempts to outbid each other in the political process had led to the current crisis and risked creating more unrest.

Rival political factions have yet to agree on a nominee to replace the outgoing Abdul-Mahdi, who resigned in December under pressure from the protesters.

"The serious attacks and repeated violations of Iraqi sovereignty that occurred in recent days with the apparent weakness of the concerned authorities in protecting the country and its people ... are part of the repercussions of the current crisis," al-Sistani said.

"Everyone is required to think carefully about what this situation will lead to if there is no end," he added.