US undecided on Iran policy as tensions remain high 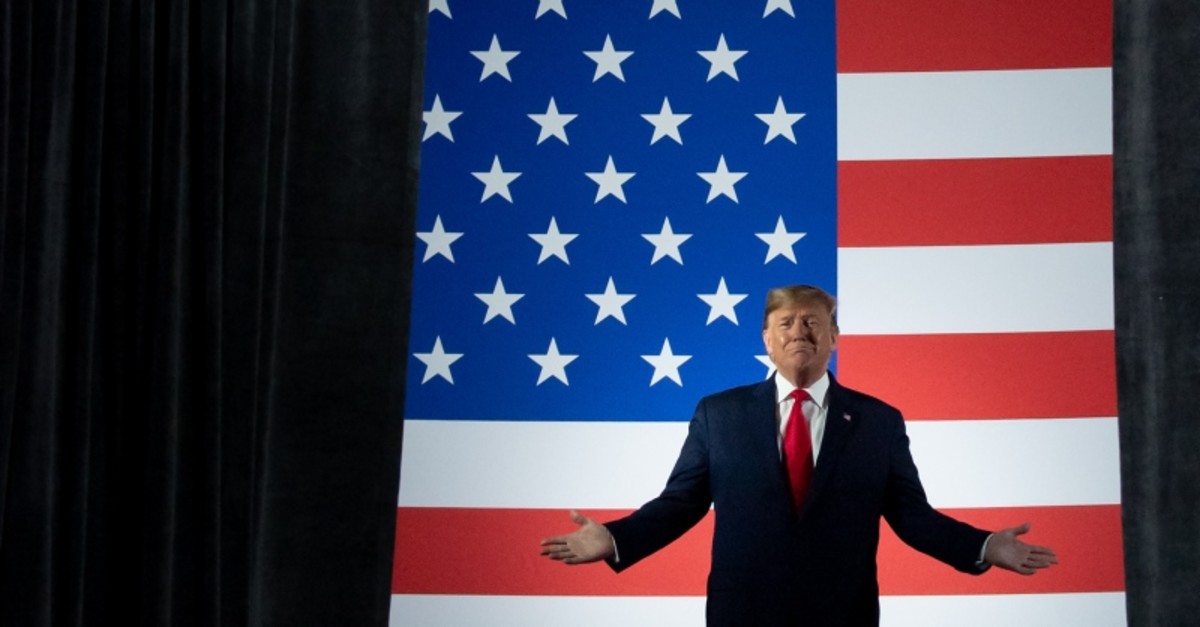 Signals of discord in between different branches of the U.S. government once again surfaced in Washington as the Democratic-controlled House approved a resolution asserting that President Donald Trump must seek approval from Congress before engaging in further military action against Iran, which maintains its highly-disputed position that a strong response was given against the killing of top Gen. Qassem Soleimani.

The war powers resolution approved late Thursday is not binding on the president and would not require his signature. But House Speaker Nancy Pelosi nonetheless insisted it "has real teeth" because "it is a statement of the Congress of the United States." The measure will "protect American lives and values" by limiting Trump's military actions, Pelosi said, calling the killing of Soleimani "provocative and disproportionate."

The House passed the measure, 224-194, with almost no Republican support. A similar proposal by Sen. Tim Kaine, D-Va., faces an uphill fight in the GOP-run Senate.

The Iran crisis, which momentarily overshadowed Trump's looming impeachment trial, has also opened a new front in the 2020 presidential campaign for Trump, who in 2016 campaigned on a promise to end American involvement in "endless wars." Trump used his first campaign election rally of 2020 to argue that he served up "American justice" by ordering a drone strike to take out Soleimani while jeering Democratic leaders for questioning his decision to carry out the attack without first consulting Congress.

Vice President Mike Pence said Thursday that Soleimani "was traveling the region making plans to bring an attack against American personnel and American forces." He said it was not possible to share full details of intelligence with lawmakers.

Pelosi scheduled the House vote after Iran retaliated for the Soleimani killing by launching missiles at two military bases in Iraq that house American troops. No casualties were reported.

Amid the political bickering in Washington, Iraqi leaders and the public are seeking to reassert their sovereignty and keep the war-torn country out of the tensions between their occupier and their aggressive neighbor.

Iraq's caretaker Prime Minister Adel Abdul-Mahdi asked U.S. Secretary of State Mike Pompeo to start working out a road map for the withdrawal of U.S. troops from Iraq in a telephone call Thursday night, his office said Friday, signaling his insistence on ending the U.S. military presence which has occupied the country since 2003. He also told Pompeo that recent U.S. strikes in Iraq were an unacceptable breach of Iraqi sovereignty and a violation of the two countries' security agreements.

"The prime minister said American forces had entered Iraq and drones are flying in its airspace without permission from Iraqi authorities and this was a violation of the bilateral agreements," the statement said. Abdul-Mahdi has said he rejects all violations of Iraqi sovereignty, including both the Iranian and U.S. strikes.

Iraqi lawmakers passed a resolution to oust U.S. troops last Sunday in the aftermath following the U.S. drone strike at Baghdad's airport that also killed senior Iraqi militia commander Abu Mahdi al-Muhandis. There are some 5,200 U.S. troops in Iraq assisting and providing training to Iraqi security counter-parts to fight the Daesh terrorist group. Top American military officials – including Gen. Mark Milley, chairman of the Joint Chiefs of Staff, and Defense Secretary Mark Esper – have said there were no plans for the U.S. to withdraw from Iraq.

Thousands of Iraqis rallied across the country on Friday, reviving a monthslong protest movement against the government and adding criticism of both the U.S. and Iran to their chants. "Screw Iran! Screw America!" protesters cried out in Baghdad's iconic Tahrir Square, still lined with tents and stalls set up three months ago. Thousands more took to the streets in the country's Shiite-majority south, including the main protest hotspots of Diwaniyah, Nasiriyah, the oil-rich port city of Basra and the twin shrine cities of Najaf and Karbala.

Still, the Iraqi demand for U.S. withdrawal is not universal. Sunni and Kurdish lawmakers opposed the Parliament resolution. Once displaying the greatest opposition to the U.S. invasion and troop presence, the Sunnis currently see the American presence as a bulwark against domination by the majority Shiites and Iran, while the Kurdish security forces have benefited from American training and aid.

Meanwhile, Iraqi's top Shiite cleric Grand Ayatollah Ali al-Sistani urged rival Iraqi political factions to unite and put private interests aside, saying attempts by factions to outbid each other in the political process had led to the current crisis and risked creating more unrest. Rival political factions have yet to agree on a nominee to replace the outgoing Abdul-Mahdi, who resigned in December under pressure from mass protests. "The serious attacks and repeated violations of Iraqi sovereignty that occurred in recent days with the apparent weakness of the concerned authorities in protecting the country and its people ... are part of the repercussions of the current crisis," al-Sistani said in a message delivered through a representative speaking at Friday prayers in Karbala.

Meanwhile on Friday, unidentified planes struck targets in Syria near the border with Iraq, killing eight Iran-backed Iraqi militiamen, the Syrian Observatory for Human Rights and two Iraqi officials said. The SOHR said the planes targeted positions, weapons depots and vehicles belonging to militias in the Boukamal area, which was liberated from Daesh terrorists in November 2017.

An Iraqi security official and another official, who was from the Iran-backed Iraqi militias known as the Hashd al-Shaabi (Popular Mobilization Forces – PMF), said warplanes targeted two vehicles carrying missiles on the Syrian side of the border. The strike was most likely carried out by Israeli warplanes, they said, but offered no evidence. The Israeli military had no immediate comment and the Pentagon did not respond to a request for comment on the Syria bombing.

The Iraqi officials identified the eight casualties as Iraqi militia fighters while the Observatory only said the eight were not Syrians, without giving their nationality. The death toll could rise further, officials said, as there were also wounded militiamen, some reportedly in serious conditions. Another Iraqi official said those targeted belong to the Imam Ali Brigades, an Iran-backed faction within the PMF. The three Iraqi officials spoke on condition of anonymity because they were not authorized to make statements to the media.

Israel has repeatedly struck Iran-linked targets in Syria in recent years and has warned against any permanent Iranian presence on the frontier. The U.S. carried out military strikes in the area on Dec. 29, killing 25 members of an Iran-backed Iraqi Kataeb Hezbollah, in retaliation to a rocket attack on a military base in Iraq that killed a U.S. contractor.

The strike came as the U.S.-led international coalition fighting the Daesh terror group said Thursday it had suspended its military activities in Iraq to focus on protecting its personnel. "Activities that have been paused include training with partners and supporting their operations against Daesh," it added.