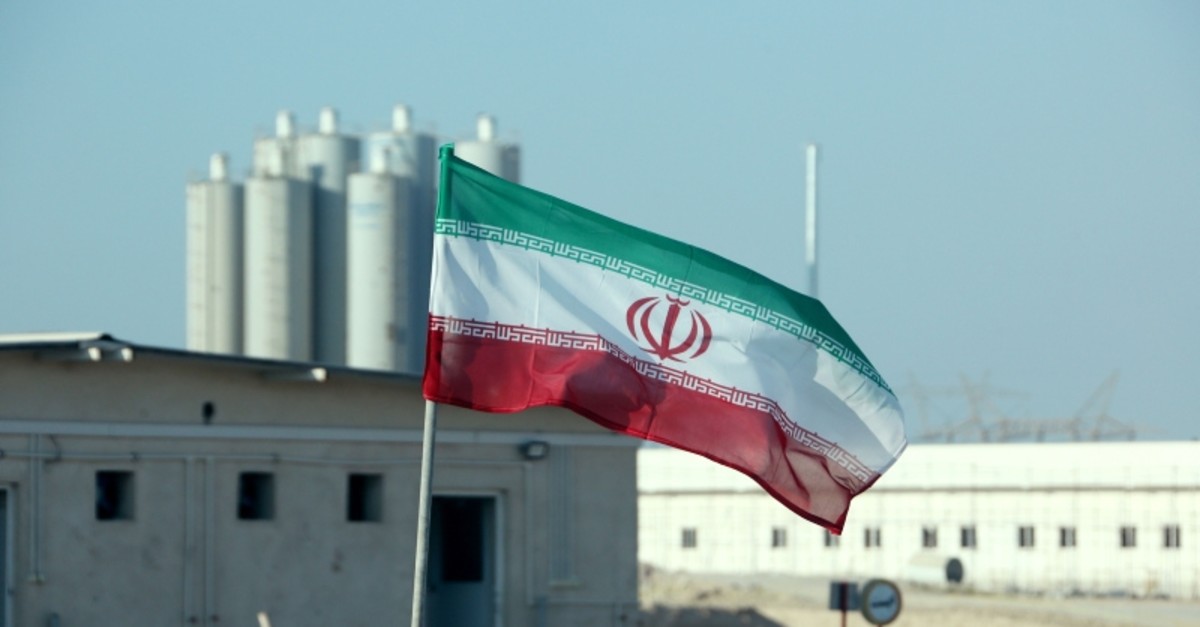 In this file photo taken on November 10, 2019 an Iranian flag flutters in Iran's Bushehr nuclear power plant, during an official ceremony to kick-start works on a second reactor at the facility. (AFP Photo)
by German Press Agency - DPA Jan 12, 2020 11:25 pm

The leaders of Germany, France and Britain on Sunday urged Iran to uphold an international agreement to curb its nuclear ambitions, saying the deal had played a key role in preventing the proliferation of nuclear weapons.

"It is essential that Iran return to full compliance with its commitments under the agreement," German Chancellor Angela Merkel, French President Emmanuel Macron and British Prime Minister Boris Johnson said in a joint statement.

The Joint Comprehensive Plan of Action was agreed in 2015 between Iran and the five permanent UN Security Council members - the United States, Russia, China, France and Britain - plus Germany and the European Union.

Iran announced last week that it would no longer comply with its obligations under the deal, saying it would continue its nuclear programme "without limitation," following the US assassination of top Iranian general Qassem Soleimani.

"We have expressed our deep concern at the actions taken by Iran in violation of its commitments since July 2019. These actions must be reversed," Merkel, Macron and Johnson said.

"We must address - through diplomacy and in a meaningful way - shared concerns about Iran's destabilizing regional activities, including those linked to its missile program," they said.

"We reiterate our readiness to continue our engagement for de-escalation and stability in the region."

They also reaffirmed their opposition to the United States' withdrawal from the deal, which US President Donald Trump last week called "very defective" as he urged the negotiation of a new plan.

The joint appeal came after French Foreign Minister Jean-Yves Le Drian welcomed his counterparts from Germany, Britain and the EU for emergency talks in Paris on the nuclear agreement.

"The immediate risk of war in the Middle East seems to have been averted, but the tensions that exist there will continue to follow us," German Foreign Minister Heiko Maas said before leaving Berlin for Paris on Sunday.