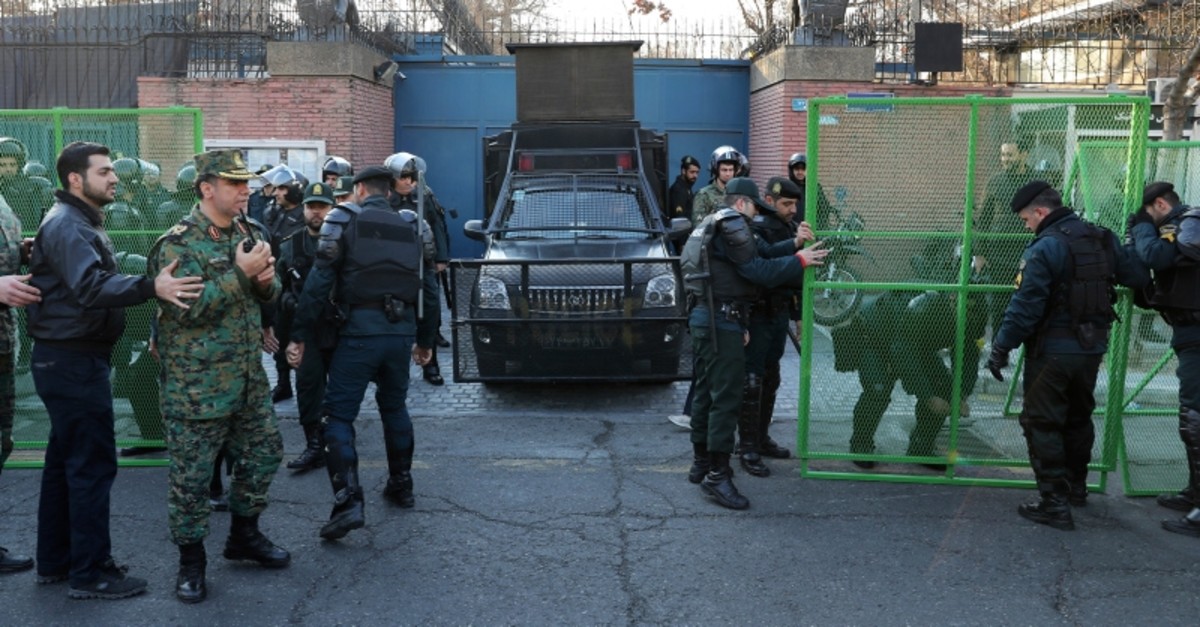 Iran signaled Monday it could expel Britain's ambassador in case of further "interference" in its affairs after a row over a vigil he attended for those killed in last week's downing of a Ukrainian plane.

Iran "calls for an immediate halt to all interference and provocation by the British embassy," the foreign ministry said in a statement.

It warned that Iran's response "will not be limited to summoning the ambassador (to the ministry) if this attitude persists."

The statement came hours after the U.K.'s foreign office had summoned Iran's ambassador in London to lodge its "strong objections" to the arrest of Britain's ambassador Rob Macaire.

Macaire was briefly arrested on Saturday night near a protest against Iranian authorities.

Iran summoned Macaire on Sunday to reproach him for attending an "illegal gathering" and demanded "explanations" from London.

Macaire said he went to an event advertised as a vigil for the 176 people who died when Iran mistakenly downed a Ukrainian airliner, and left after five minutes when people started shouting. He was arrested half an hour later.

Relations between Tehran and London have historically been poor, with Iran equating Britain with the U.S. in representing "imperialism" and "arrogance."