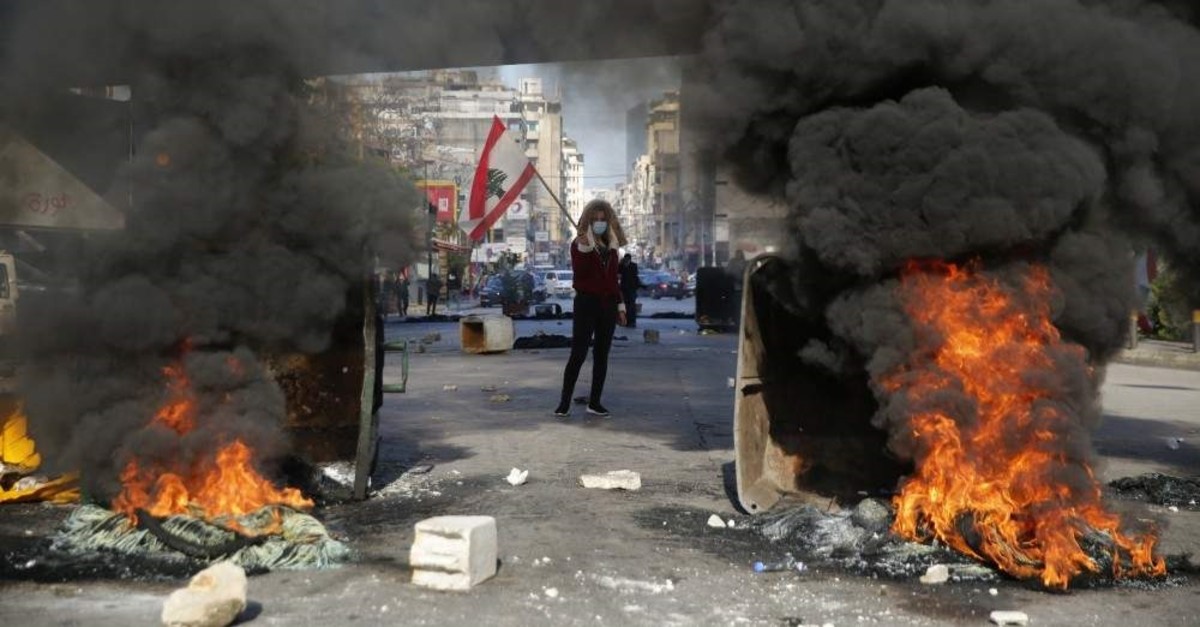 Lebanese protesters returned to the streets, blocking several roads around the capital Beirut and other areas of the country on Tuesday in renewed rallies for what they described as "a week of anger" against a ruling elite they say has failed to address the economy's downward spiral.

The protesters returned to the streets after several weeks of relative calm following the designation of Hezbollah-backed Hassan Diab as prime minister in mid-December. The lull was also partly due to the holidays followed by soaring regional tensions between the U.S. and Iran that eclipsed the protests in Lebanon and Iraq demanding sweeping political change.

According to the sectarian-based power-sharing system that has prevailed since the end of the 1975-1990 civil war, the position of prime minister is held by a member of the Sunni Muslim community. Diab, the interim prime minister, has so far failed to form an emergency government amid political divisions and jockeying for power. Lebanon's President Michel Aoun said Tuesday that "obstacles" had prevented the formation of a new government, which was expected last week. Aoun said the crisis-hit country was currently paying the price for 30 years of wrong financial policies.

Lebanon is facing its worst economic crisis in decades, with the local currency plummeting before the dollar, losing over 60% of its value over the past few weeks, while sources of foreign currency have dried up. Meanwhile, banks have imposed informal capital controls limiting the withdrawal of U.S. dollars and foreign transfers in the country, which relies heavily on imports of basic goods. Panic has set in among residents who fear their deposits are in danger. Lately, protesters had focused their ire on banks, rallying at the premises or outside banks and demanding access to their deposits. Dozens have also taunted politicians who showed up in shopping malls or restaurants, sometimes chasing them out of public places and decrying their failure to address the economic crisis.

Across Lebanon, protesters have been holding demonstrations since Oct. 17, demanding an end to widespread corruption and mismanagement by the political class that has ruled the country for three decades. Former Prime Minister Saad Hariri, who included Hezbollah members in his Cabinet, resigned in late October in the face of major street protests. His resignation led to another crisis, as parties failed to reach a compromise for a new government. Supporters of Amal and Hezbollah were influential in the coalition government led by Hariri, thus opposing his resignation. Although protests have united all Lebanese sectarian and ethnic groups against the ruling elites, tensions have since flared between protesters and supporters of the Shiite political party Amal and the fellow-Shiite militant group Hezbollah, the latter rejecting criticism of its leaders.