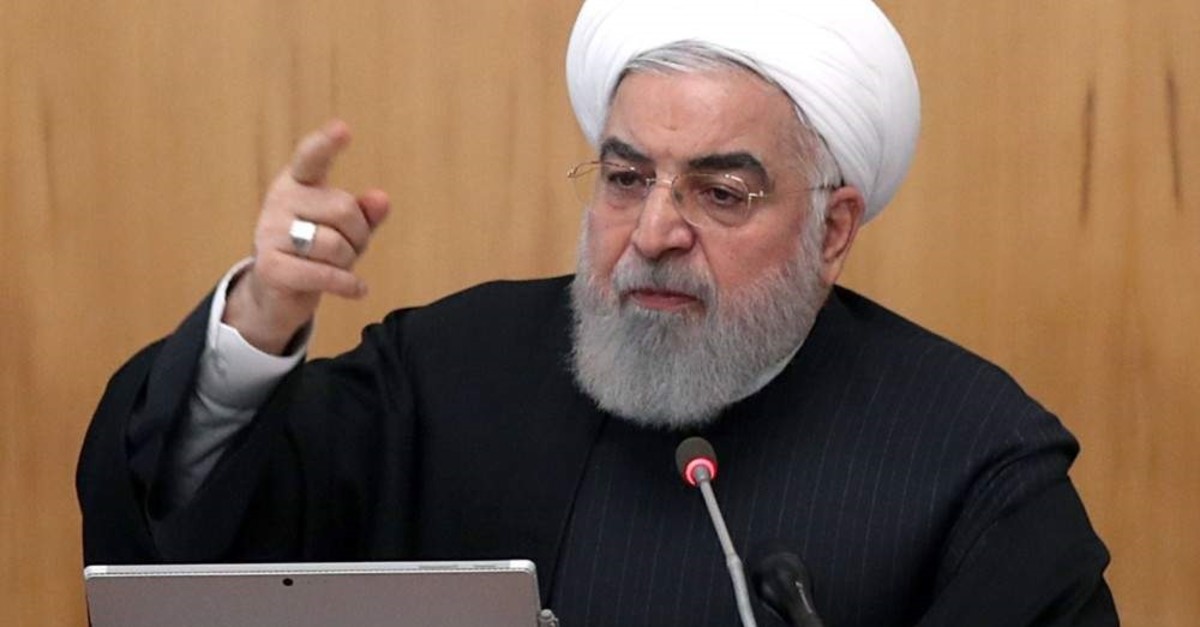 Iranian President Hassan Rouhani lashed out at the U.S. and the European Union in a televised speech on state TV Wednesday, making an unveiled threat to their troop presence in the region.

Iran's president said that U.S. troops are "insecure" in the region and European troops in the Middle East "could be in danger" if their nations join the U.S.' maximum pressure campaign against Tehran that had led to a military confrontation earlier this month.

"Today, the American soldier is in danger; tomorrow, the European soldier could be in danger," Rouhani said at a Cabinet meeting, without elaborating. Their "mistakes," he said, included the killing of the powerful Revolutionary Guard Gen. Qassem Soleimani, interventions in Iraq, Yemen and Libya, as well as the U.S. decision to pull out of the nuclear deal and reimpose sanctions on Iranian oil.

"Security in this sensitive and important region will come at the expense of the entire world," said Rouhani.

He demanded the U.S. leave and accused it of making the region insecure, saying it should "apologize to Tehran" for its "previous crimes."

European countries have thousands of troops in Afghanistan, Iraq and elsewhere in the Middle East, where they mainly operate alongside much larger U.S. deployments. Iran is allied with powerful armed groups in Iraq, Syria, Lebanon and Yemen.

The current tensions between Iran and the U.S. reached fever pitch two weeks ago with the American drone strike in Baghdad that killed Soleimani. The general had led Iranian proxy forces abroad, including those blamed for deadly roadside bomb attacks on U.S. troops in Iraq. Iran retaliated with a ballistic missile strike targeting Iraqi military bases housing U.S. forces early last Wednesday, just before an anti-aircraft battery shot down the Ukrainian airliner taking off from Tehran's Imam Khomeini International Airport.

Amid all of this, Britain, France and Germany launched the so-called "dispute mechanism" pertaining to Iran's 2015 nuclear deal with world powers. Iran says it should not be bound to the agreement since the U.S. reimposed crippling sanctions.

Rouhani dismissed a proposal for a new "Trump deal" aimed at resolving a nuclear row, saying it was a "strange" offer and criticizing U.S. President Donald Trump for always breaking promises. Foreign Minister Mohammad Javad Zarif told Reuters that the deal was still alive. "No, it's not dead. It's not dead," Zarif said on the sidelines of a conference in New Delhi. But he told the conference Trump's withdrawal from the earlier deal made new negotiations with Washington pointless.

In its biggest step away from the agreement yet, Iran announced on Jan. 5 it would abandon all limitations on enriching uranium set down in the pact.