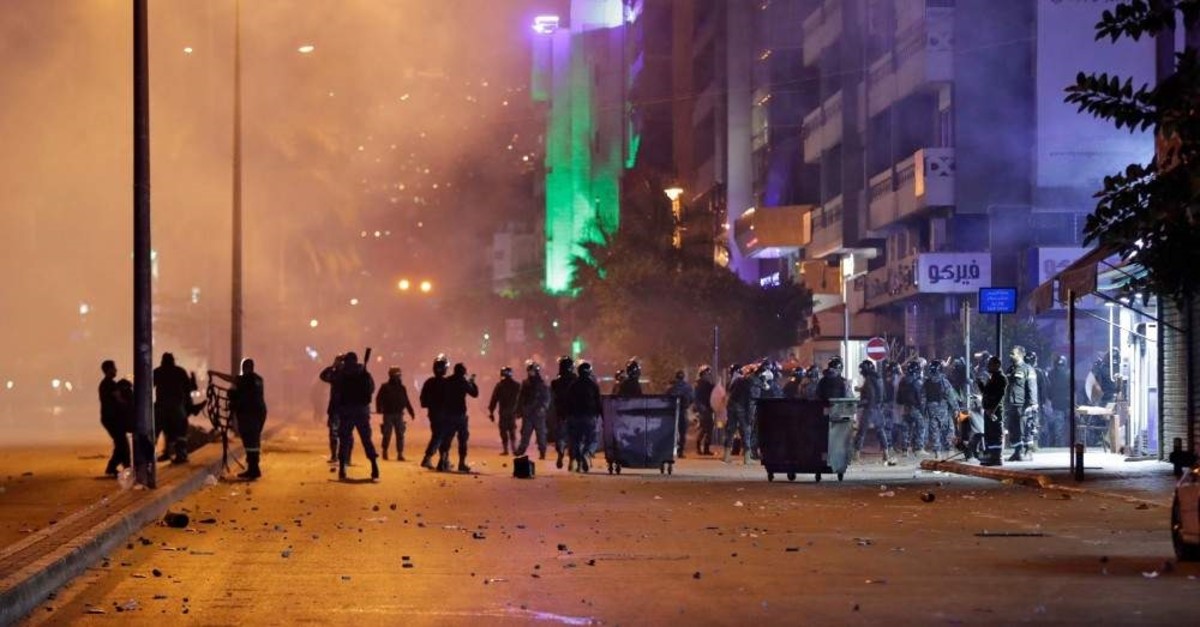 Protesters in crisis-hit Lebanon have clashed with security forces in the capital city of Beirut, a day after demonstrators outraged by restrictions on dollar withdrawals attacked bank branches with metal rods, fire extinguishers and rocks.

Protesters vandalized several banks on the central Hamra street on Tuesday evening and hurled rocks at anti-riot police, who responded with volleys of tear gas canisters. Gathered in front of the central bank again on Wednesday, the protesters then moved to a police station where some of their comrades had been detained the previous night, leading to clashes that left dozens lightly wounded.

According to documents put together by a committee of lawyers defending the protesters and seen by Agence France-Presse, a total of 101 protesters are currently being detained over the violence.

The top U.N. official in Lebanon on Wednesday denounced acts of vandalism by protesters targeting the country's banks a day earlier. But the senior diplomat reserved his harshest words for Lebanese politicians, saying they had only themselves to blame for the chaos.

Jan Kubis, the U.N. special coordinator for Lebanon, criticized the political class' management of the country's deepening economic crisis, saying those responsible for handling it "are watching it collapse. Incredible." Kubis' comments, made in a series of tweets, reflect the growing frustration of the international community with the ongoing political stalemate.

Lebanon has been swept by a wave of mostly peaceful protests aimed at the country's elite that prompted Prime Minister Saad al-Hariri to resign on Oct. 29, pushing the country deeper into economic crisis. Since Hariri's resignation, the country has not come up with an economic rescue plan or agreed a new government. According to the sectarian-based power-sharing system that has prevailed since the end of the 1975-1990 civil war, the position of prime minister is held by a member of the Sunni Muslim community.

Hezbollah-backed Hassan Diab, the interim prime minister, has so far failed to form an emergency government amid political divisions and jockeying for power. Lebanon's President Michel Aoun said yesterday that "obstacles" had prevented the formation of a new government, which was expected last week. Aoun said the crisis-hit country was currently paying the price for 30 years of wrong financial policies.

International donors have been demanding that Lebanon institute major economic changes and anti-corruption measures and appoint a new government to unlock $11 billion in pledges made in 2018. Panic and anger gripped the public as they watched their local currency, pegged to the dollar for almost three decades, plummet, losing more than 60% of its value in recent weeks. Public debt has soared while the economy contracted and foreign inflows dried up in the already heavily indebted country that relies on imports for most of its basic goods. Meanwhile, banks have imposed informal capital controls, limiting withdrawal of dollars and foreign transfers in the country.