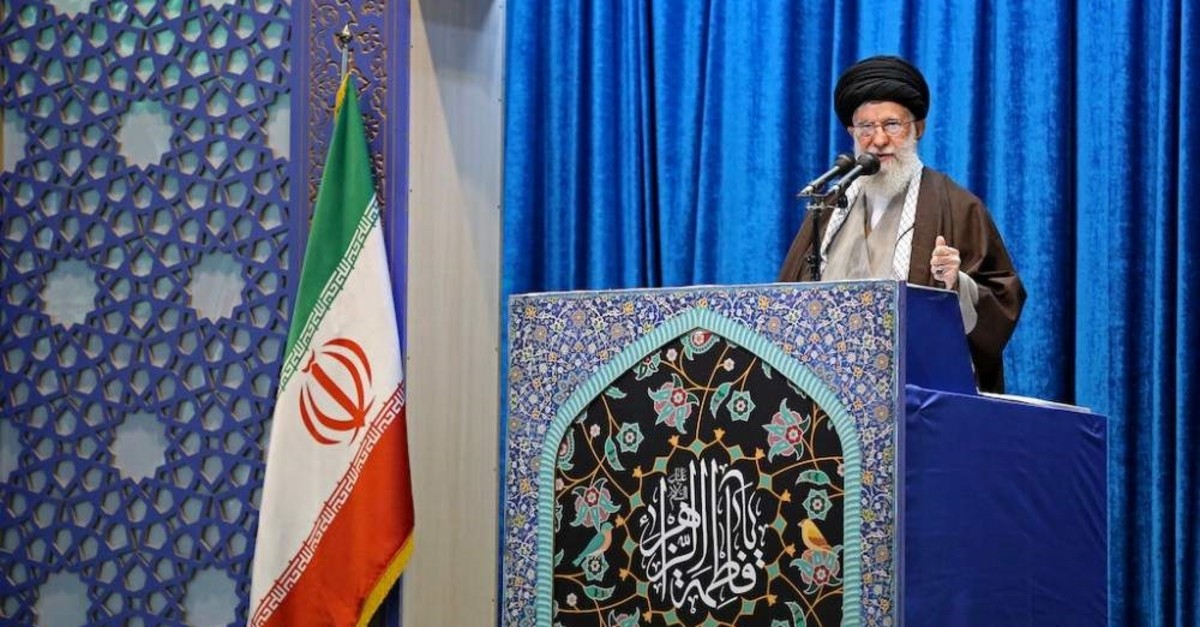 Iranian Supreme Leader Ayatollah Ali Khamenei defended the country's armed forces as he led Friday prayers in Tehran for the first time in eight years, saying that the downing of a Ukrainian passenger airliner by Iran's air defenses last week should not overshadow the "sacrifice" of the top commander killed in a U.S. drone strike.

"The plane crash was a bitter accident, it burned through our heart," Khamenei said at the main weekly Muslim prayers in Tehran, in an address punctuated by cries of "Death to America" from the crowd. "But some tried to... portray it in a way to forget the great martyrdom and sacrifice" of Gen. Qassem Soleimani, the head of the foreign operations arm of Iran's Revolutionary Guard. He said the "cowardly" hit on Soleimani had taken out the most effective commander in the battle against the Daesh terrorist group. He also lashed out at Western countries, dismissing "American clowns" who he said pretends to support the Iranian nation but only wants to stick their "poisoned dagger" into its back.

Khamenei has held the country's top office since 1989 and has the final say on all major decisions. The 80-year-old leader openly wept at the funeral of Soleimani and vowed "harsh retaliation" against the U.S. The last time Khamenei led Friday prayers at Tehran's Mosalla mosque was in February 2012, on the 33rd anniversary of the Islamic revolution and at a time of crisis over the Iran nuclear issue. His latest appearance comes at a tumultuous moment for the country, which seemed to be headed for conflict earlier in January after the drone strike killed Soleimani outside the Baghdad airport, prompting retaliatory Iranian missile strikes against Iraqi bases housing U.S. troops. The strikes, which caused significant material damage, wounded 11 U.S. troops, U.S. Central Command said Thursday, contradicting previous reports from the military of no casualties.

After the missile strike, as Iran's Revolutionary Guard braced for an American counterattack that never came, it mistakenly shot down a Ukrainian jetliner shortly after takeoff from Tehran's international airport, killing all 176 passengers on board, mostly Iranians. Authorities concealed their role in the tragedy for three days, initially blaming the crash on a technical problem. When it came, their admission of responsibility triggered days of street protests, which security forces dispersed with live ammunition and tear gas.