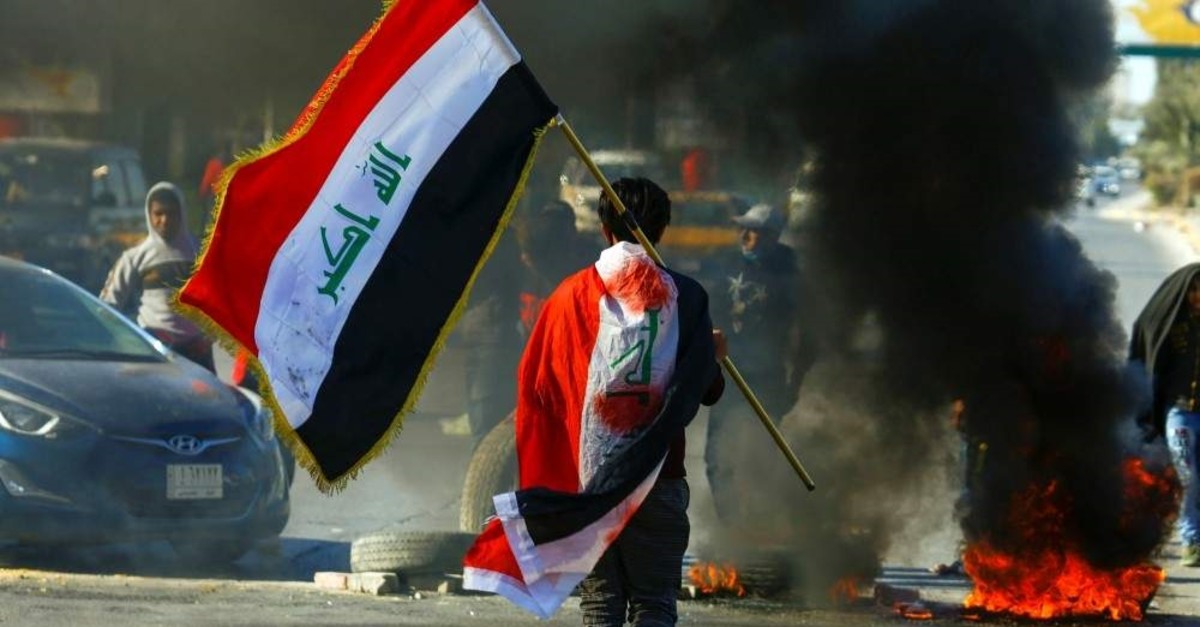 While the protests in Iraq had mainly been driven by economic conditions, the killing of Iranian Gen. Qassem Soleimani by the U.S. brought a political slant to the demonstrations, spoiling their cross-sectarian nature

Iraqi people have been on the streets for months. Their slogans generally include calls for socio-economic change in the country. Their main goal is to force the ruling elite to abandon their power and positions so that the country would be given an opportunity to elect new people who would rule the country with justice. Moreover, despite the fact that Iraq has been profoundly divided over sectarian conflicts and disputes, these protests are generally cross-sectarian and are attended by both Sunnis and Shiites. However, recent developments have overshadowed the protests and silenced protesters' voices.

Iraqis have been in the streets for three months to protest the government, the U.S. and Iran. The protesters hold these actors responsible for the deterioration of the economic, political and security problems across the country. Starting as a stand against high unemployment rates, energy shortages and corruption, the protests have since become mass street demonstrations. Although Iraq's caretaker Prime Minister Adel Abdul-Mahdi handed in his resignation, thousands of people continue to take to the streets every day. Moreover, certain religious groups, especially the followers of Shiite scholars, declared that they would not pledge support to any candidate proposed by the Iraqi president.

The main aim of the protesters was to bar Iran from consolidating its influence in the country. However, the killing of Iranian Gen. Qassem Soleimani brought about a new wave of support for Iran. The U.S. embassy was repeatedly stormed while Iran carried out several missile attacks on U.S. military bases. The Shiite clerics, who were supporting the protesters against the Iraqi government, suddenly started another campaign for expelling U.S. troops. Although the Iraqi government asked the U.S. to pull out its troops, the Donald Trump administration responded to this call with threatening to impose sanctions. By doing so, this issue became a matter of national dignity. Thousands of people were again in the streets, chanting slogans against the U.S. to leave the country. Obviously, the main actor in the country against the U.S. is Iran. Therefore, Iran found a new ground for consolidating its harmed position.

Soleimani's assassination was instrumentalized by Iran as a religious, or more specifically, sectarian reaction. The spiritual leaders in Iran called Soleimani a martyr who died not only for his own country but for all of the Shiites who have been oppressed by several actors in the region. Historically true or not, Soleimani has turned into a symbol of Iran's cause against the U.S., Israel and the Gulf countries. In this respect, the cross-sectarian feature of the protests was harmed. More people with the banners of Shiite groups appeared in the Iraqi streets. In a similar vein, the U.S., even before the assassination, attempted to create anti-Iranian rhetoric, fitting to the protesters' demands. At the beginning of December, U.S. Secretary of State Mike Pompeo said Iran was seen as a problem by the people of the Middle East. He gave examples from Iraq and Lebanon, which is also witnessing mass protests.

Initially, the Iraqi protesters' demands were mainly driven by economic conditions, such as the increasing prices, low life conditions, deteriorating economy, high rates of unemployment and lack of infrastructural facilities. Now, people are divided into two – those who celebrated the killing of Soleimani and those who mourned.