Lebanese protests on verge of devolving into riots 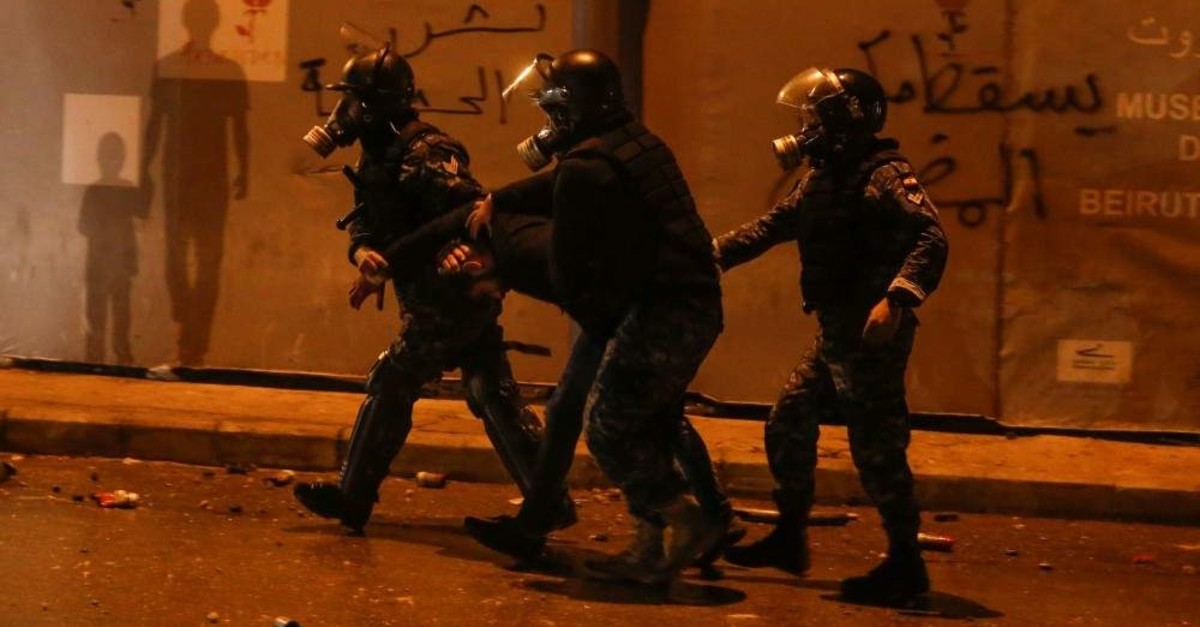 Lebanese people are in the streets, once again. They demand fundamental changes and assert that they have no more patience to wait for the elite-imposed reforms. Instead, they demand that the ruling elite, as well as the Iranian-backed Hezbollah, abandon their positions and pave the way for those who will listen to the people's desires. To this end, thousands of Lebanese have clashed with the police in the capital Beirut within the past two days. Almost 400 people were reportedly injured during violent clashes between anti-government protesters and security forces in Beirut, marking the heaviest casualty toll since the demonstrations erupted three months ago. The police used water cannons and tear gas to disperse the crowds, but the protests are far from being over.

Lebanon has been mired in a political crisis for the past few months. Beginning after the imposition of extra taxes on digital communication instruments, the protests have gained a revolutionary theme. Despite the fact that the country is heavily sectarianized and that its society is profoundly segregated, the protests are economy-driven and therefore cross-sectarian. People from different backgrounds, faiths and socioeconomic levels are in the streets demanding similar changes. The main demand is the change of the ruling elite and better the economic conditions, which directly affect daily lives as Lebanese people suffer from constant power shortages.

Electricity is not being delivered across the country 24/7, leading to frequent power outages. People have to use external generators. However, as prices rise, it has become increasingly difficult to finance the use of a generator. Moreover, internet blackouts affect businesses, education and many other aspects of life. Schools and hospitals are unable to work at full capacity. The cold winter weather has also worsened the situation in the country.

Last weekend, hundreds of people marched toward Parliament, chanting the slogan "we won't pay the price." When they neared the Parliament building, clashes with the police broke out. While the protesters threw stones and other materials like road signs at the police, in return, they faced tear gas and water cannons. According to the Red Cross, more than 160 people were wounded. Although the monthslong protests have been mostly peaceful, they are now beginning to devolve into riots.

Amid these street protests, the Lebanese parliament has failed to form a new government after the prime minister, Saad Hariri, resigned in October. The opposing political factions and parties are far from compromising over the names of who might lead the country. Protesters, on the other hand, demand fundamental change rather than continuing to deal with another weak government. Meanwhile, Hezbollah made a statement, saying Lebanon would fall into chaos and "complete collapse." "Losing the opportunity to form a government now means that the country is headed into chaos, disorder and total collapse," said Hezbollah's senior commander, Ali Daamoush. It was expected that the prime minister-designate Hassan Diab would announce a cabinet Friday but the disputes among the political factions barred him from doing so.