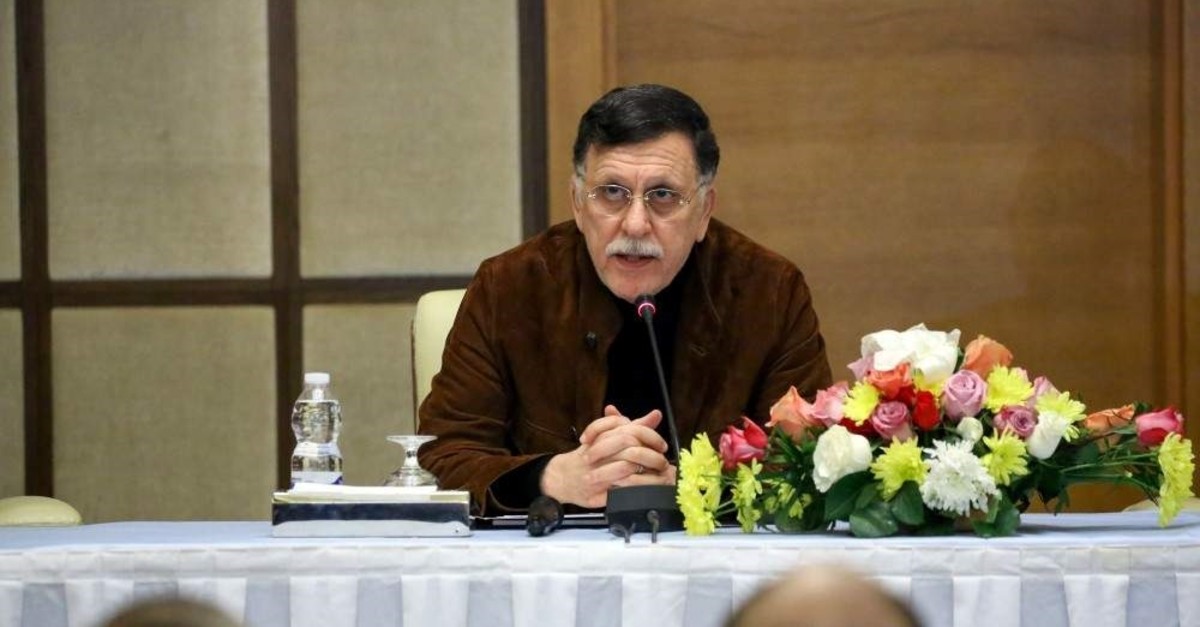 In an interview with German weekly Welt am Sonntag ahead of the Berlin conference on Libyan peace, Sarraj urged the international community to assume more responsibility to end the violence.

"If Khalifa Haftar does not halt his offensive, the international community should take a more active stance and send international troops to protect the Libyan civilian population," he said.

Sarraj underlined that such an international protection force should be deployed under the umbrella of the United Nations. "Then, experts will have to discuss who should take part in this force, be it the EU, the African Union or the Arab League," he added.

Libya's internationally recognized government in Tripoli had been under attack by the putschist Haftar since April last year, and fighting over the last nine months killed more than 1,000 people.

On Jan. 12, the warring sides of the Libyan conflict announced a cease-fire in response to a joint call by Turkish and Russian leaders.

But talks for a permanent cease-fire deal ended without an agreement on Monday after Haftar left Moscow without signing the deal.

In the wake of talks in Moscow, Germany invited world powers and regional actors to a peace conference in Berlin on Sunday in a bid to thrash out a lasting cease-fire deal and pave the way for a political solution in Libya.

Despite the lack of a permanent agreement, a fragile cease-fire has taken hold between Libya's internationally recognized government and forces loyal to Haftar.

The German government announced that both Sarraj and Haftar also accepted invitations for the conference.

Top officials from Egypt and United Arab Emirates, main supporters of Haftar, are also expected to take part in the conference.

"Long experience makes us doubt the intentions, seriousness and commitment of the other side, whom everyone knows seeks powers at any price," he said, without naming Haftar.

"He refused to sign the Russian-Turkish initiative although he had already known about its items before he went to Moscow," Sarraj reminded without giving details.

Sarraj also vowed to "defend" Tripoli should the Berlin conference end inconclusively and Haftar resume his campaign for the city.

"If the aggression resumes, we will continue to defend ourselves strongly until it is routed. We haven't attacked anybody," the ex-lawmaker added.
Last Update: Jan 20, 2020 1:47 am