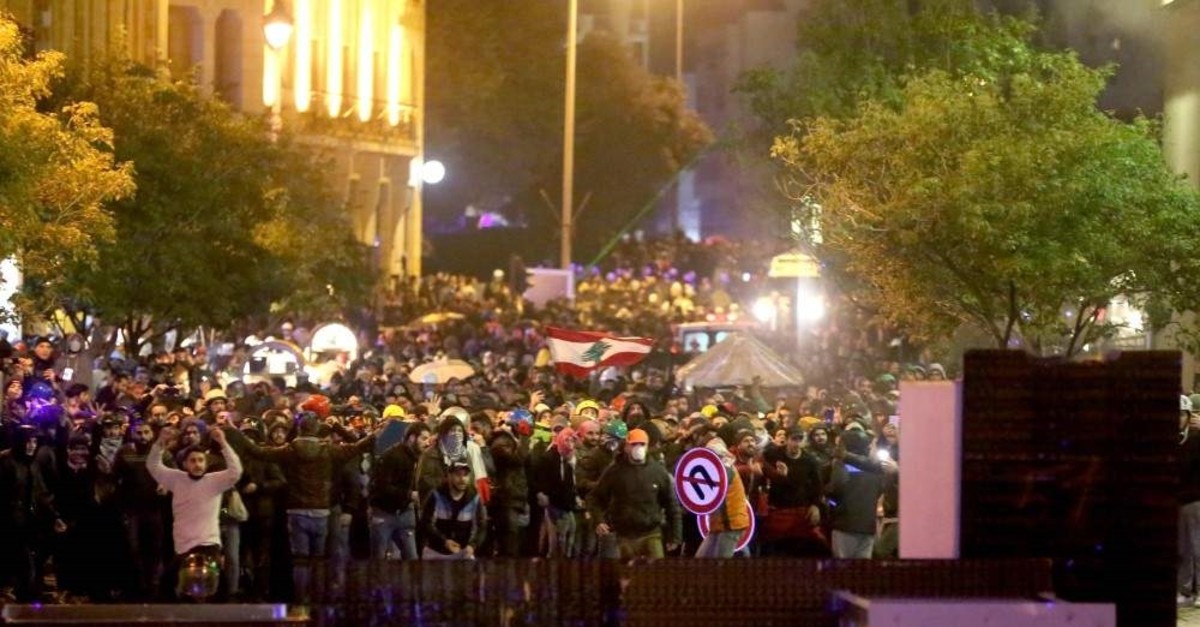 Lebanon is bracing itself for deepening unrest after a weekend that saw more than 540 wounded during violent protests in the capital, suggesting the country's protest movement is entering a dangerous new phase over the political leadership's failure to form a new government even as the debt-ridden country sinks deeper into a financial crisis.

For two nights in a row, demonstrators angered by delays in forming a government hurled stones, firecrackers and street signs at riot police, who fired tear gas and rubber bullets to clear a flashpoint road leading to Parliament. Lawyers and rights groups have condemned the "excessive" and "brutal" use of force by security forces, who they say have beaten protesters on the head, face and genitals. Human Rights Watch (HRW) accused riot police of "launching tear gas canisters at protesters' heads, firing rubber bullets in their eyes and attacking people at hospitals and a mosque." The violence also drew condemnation from the United Nations, which called the crackdown "unacceptable." The U.N. envoy to Lebanon pinned the blame for the violence on politicians. "Anger of the people is understandable, but it is different from the vandalism of political manipulators, that must be stopped," Jan Kubis wrote on Twitter on Saturday.

Lebanon needs to urgently form a new government to get out of a cycle of collapse that has repercussions for the country's economic and security situation, caretaker Prime Minister Saad al-Hariri tweeted Monday. Hariri said the country was heading into the "unknown" while obstructions have continued and the team responsible for forming a government has taken its time. Since Hariri's resignation, the country has not come up with an economic rescue plan or agreed on a new government. According to the sectarian-based power-sharing system that has prevailed since the end of the 1975-1990 civil war, the position of prime minister is held by a member of the Sunni Muslim community.

Political factions agreed on Dec. 19 to appoint former Education Minister Hassan Diab as the new prime minister but have since squabbled over ministerial posts and portfolios. Lebanon's President Michel Aoun said last week that "obstacles" had prevented the formation of a new government, which was expected earlier this month. Aoun said the crisis-hit country was currently paying the price for 30 years of wrong financial policies. Protesters have demanded a new government be comprised solely of independent experts, excluding all established political parties, a demand analysts say is a tall order. The political impasse is worsening an already-dire economic crisis that the World Bank says may see the number of people living in poverty climb from a third to half the population.