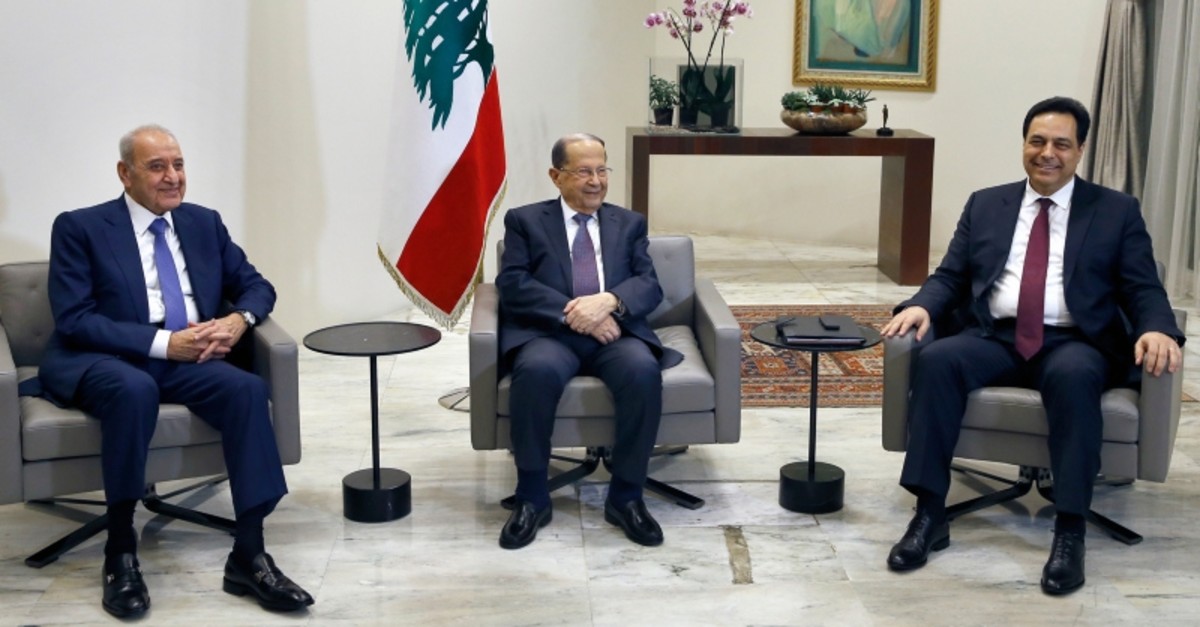 Crisis-hit Lebanon's nearly three-month wait for a new government ended Tuesday when a line-up led by Prime Minister Hassan Diab was announced at the presidential palace.

A government official read out the names in a brief address after President Michel Aoun signed off on the names, agreed on after more than a month of tense negotiations.

The Shi'ite Hezbollah group and its allies had clinched an agreement on a cabinet that must tackle a deep economic crisis.

The cabinet, to be led by former education minister Hassan Diab, would be made up of 20 ministers, with economist Ghazi Wazni as finance minister, two senior political sources told Reuters.

Heavily indebted Lebanon has been without effective government since Saad al-Hariri resigned as premier in October due to protests against state corruption and waste - the root causes of the worst crisis since its 1975-90 civil war.

The Iran-backed Hezbollah and allies including Aoun nominated Diab as premier last month after the failure of efforts to strike a deal with Hariri, a traditional ally of the West and Gulf Arab states and Lebanon's main Sunni leader.

News that the government was about to be formed brought protesters onto the streets in Beirut where tyres were set ablaze.

Weeks of wrangling over portfolios among Hezbollah's allies held up an agreement until Tuesday, when the heavily armed group delivered an ultimatum to its allies to make a deal or suffer the consequences, sources familiar with the talks said.

The failure to form a government has left Lebanon rudderless and with no rescue plan as the crisis hits ordinary people hard.

A liquidity crunch has led banks to restrict access to cash and the Lebanese pound to slump. Jobs have been lost and inflation has spiked.

Lebanon's union of exchange dealers said on Tuesday it had decided to set the rate at a maximum of 2,000 pounds to the U.S. dollar in agreement with the central bank governor.

The crisis has deepened over the last week with hundreds of people injured in clashes between the security forces and demonstrators.

One of the government's first tasks will be to decide its approach to forthcoming sovereign debt maturities including a $1.2 billion Eurobond set to mature in March.