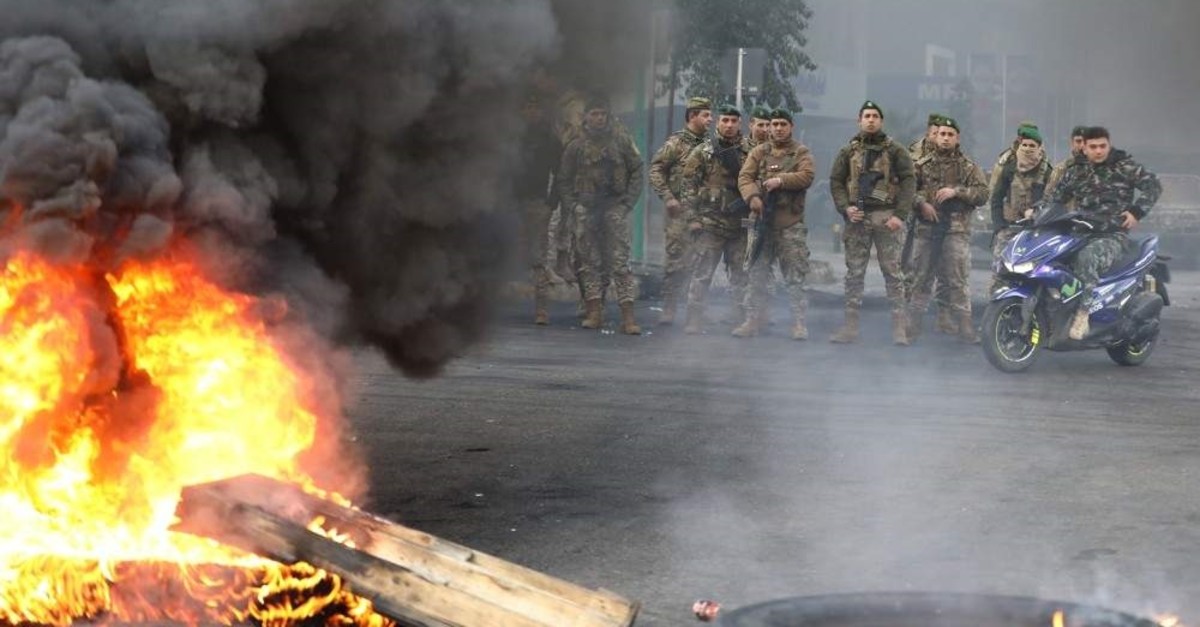 After a months-long political impasse that was rocked by mass protests and unrest, Lebanon formed a new government that is controlled exclusively for the first time by the Shiite group Hezbollah and its allies. The new cabinet of 20 members, announced by new Prime Minister Hassan Diab has failed to ease the anger on the streets.

The new Hezbollah-backed government, which comes three months after former Prime Minister Saad Hariri resigned, was rejected by protesters who have been calling for sweeping reforms and a government made up of independent technocrats that can deal with the country's economic and financial crisis, the worst since the 1975-90 civil war. Even before the Cabinet was announced, thousands of people poured into the streets, closing major roads in the capital of Beirut and other parts of the country in protest. The protesters complained that political groups still were involved in the naming of the new ministers, even if they are specialists and academics. Later, a group of protesters near the parliament building threw stones, firecrackers and sticks at security forces, who responded with tear gas and pepper spray.

For three months, the leaderless protesters had been calling for a government made up of specialists that can work on dealing with the economic crisis. The protests have recently turned violent, with around 500 people injured in violent clashes between protesters and security forces over the weekend.

Diab saluted the protesters in the street and vowed to "work to fulfill your demands." In a speech addressing the country following the government announcement, he added that his Cabinet is the first government in the history of Lebanon to be made up entirely of technocrats and insisted the 20 ministers are specialists who have no political loyalties and are nonpartisan. He appealed to citizens to help the government implement a "rescue program" and said the Cabinet has the "capability and qualifications, will and commitment" to carry it through.

Political factions agreed on Dec. 19 to appoint former Education Minister Diab as the new prime minister but have since squabbled over ministerial posts and portfolios. Despite having pledged to form a government within six weeks of his nomination, he has hit repeated snags. Political parties have objected to a proposal by Diab to downsize the cabinet to 18 ministers from the existing total of 30, arguing that it would deprive some parties of their slice. Two of the smaller groups allied to the Shiite movement Hezbollah; the Marada Movement and the Syrian Social Nationalist Party, appeared to be the most vocal critics of a smaller cabinet.

Lebanon's President Michel Aoun said earlier this month that "obstacles" had prevented the formation of a new government. Aoun said the crisis-hit country was currently paying the price for 30 years of wrong financial policies. The political impasse is worsening an already-dire economic crisis that the World Bank says may see the number of people living in poverty climb from a third to half the population. Lebanon has one of the world's highest debt-to-gross domestic product ratios. A grinding dollar liquidity crisis and restrictions imposed by banks on dollar transactions have compounded the crisis, leaving Lebanon on the brink of default.