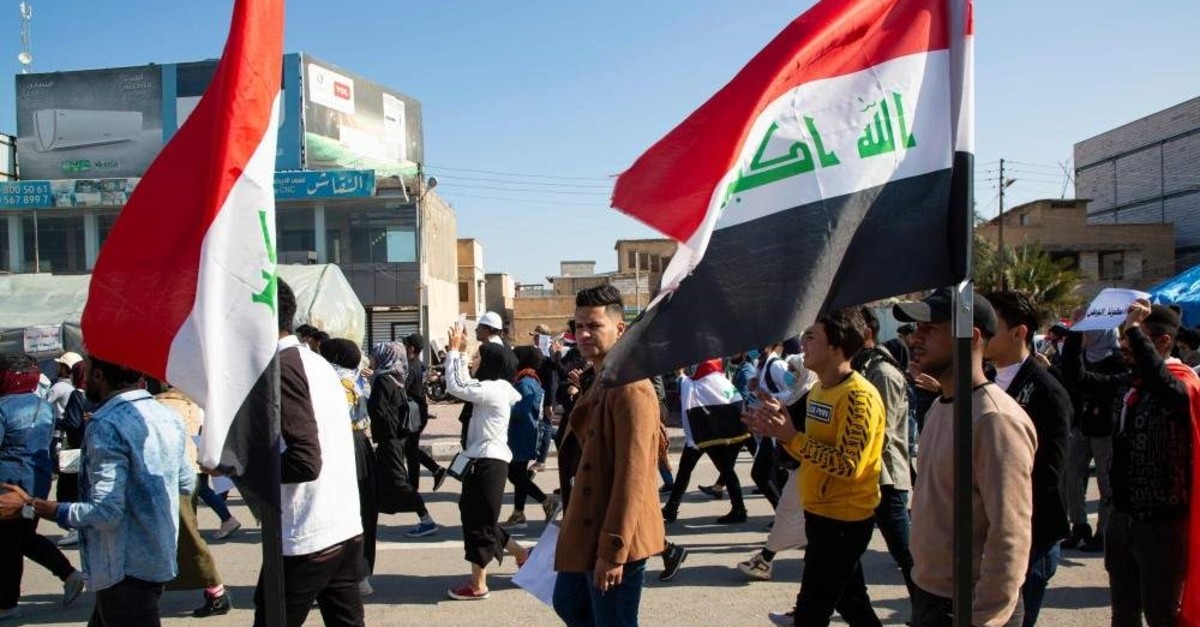 An Iraqi demonstrator was shot dead in the southern city of Basra overnight, a security source and the human rights commission said Thursday, the latest in a string of protester deaths.

The anti-government demonstrations rocking the Iraqi capital and the Shiite-majority south since October had abated in recent weeks amid spiraling tensions between Iraq's key allies, the U.S. and Iran. To recapture momentum and boost pressure on authorities, protesters this week began shutting down roads across the country, but violence against them has escalated, too. The young demonstrator was shot dead by unidentified assailants after he left the main protest camp in Basra, a security source said.

Demonstrators have accused authorities of implementing a double standard, swiftly arresting anyone blocking roads with burning tires while failing to apprehend those who have kidnapped and killed dozens of activists. Hundreds of students gathered in Basra on Thursday morning to protest against the killings, chanting and holding up signs saying "Give us a country."

The deaths bring this week's toll of demonstrators killed to 12, according to the Iraqi Human Rights Commission, a state-funded monitor which reports on protest violence. Four people were killed in Baghdad, one in Diyala, two in Karbala and five in Basra, including the latest two killings. This week's violence brings to 470 the overall death toll since protests erupted in October, according to an AFP tally of reports from medical and security sources and the Human Rights Commission.