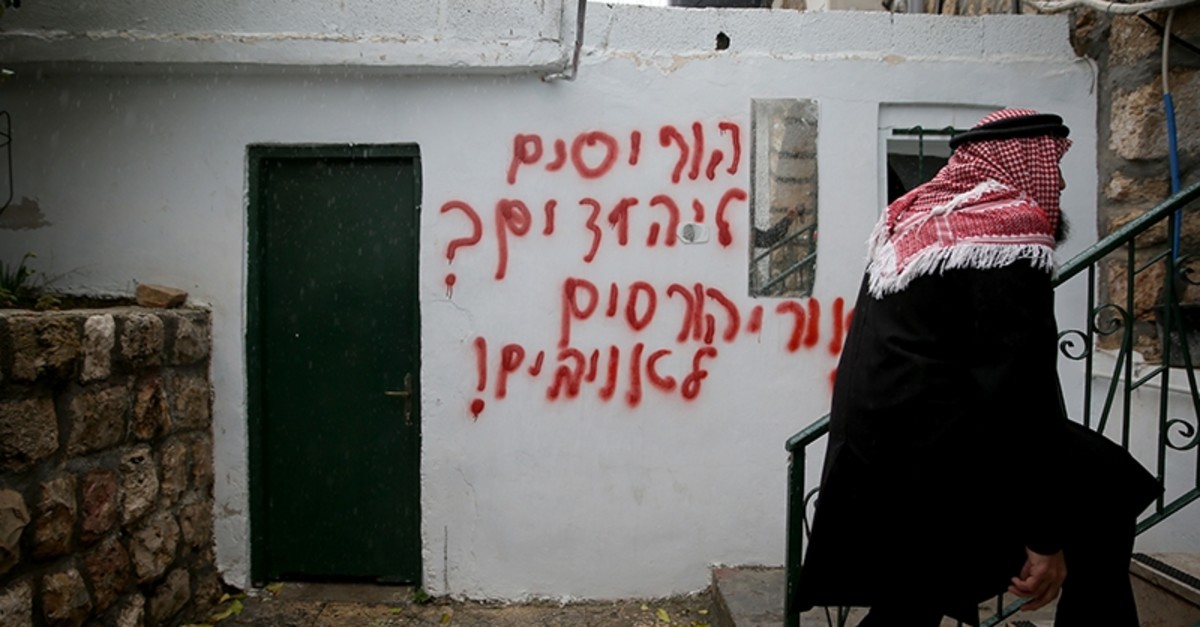 Jewish settlers set fire to a mosque in Israeli-annexed Jerusalem and vandalized its walls with racial slurs. Eyewitnesses said Friday a group of settlers set fire to the Badriya mosque in the town of Beit Safafa. The witnesses added that the townspeople put out the fire before it spread into the mosque. The attackers also sprayed Hebrew racial slurs on the wall of the mosque.

The graffiti was hard to make out but appears to have been left by ultranationalist Israelis. One part read, "Demolishing (for) Jews? Demolishing enemies!" was an apparent reference to the dismantling of settler outposts in the West Bank.

The mosque is in the Arab neighborhood of Beit Safafa in annexed east Jerusalem. Israel illegally captured east Jerusalem along with the West Bank in the 1967 Middle East War. The Palestinians want both areas as part of their future state.

Hard-line Israeli nationalists have been implicated in past attacks on Palestinians and their property in the occupied Palestinian territories. Earlier Friday, Israeli police stormed Jerusalem's flashpoint the Al-Aqsa Mosque complex, attempting to clear its grounds after the morning prayer, and arrested at least 13, according to eyewitnesses. Hundreds of Palestinians were performing morning prayers at Al-Aqsa Mosque in response to the social media Dawn of Hope campaign to show their devotion to the mosque and their refusal to accept Israeli incursions.