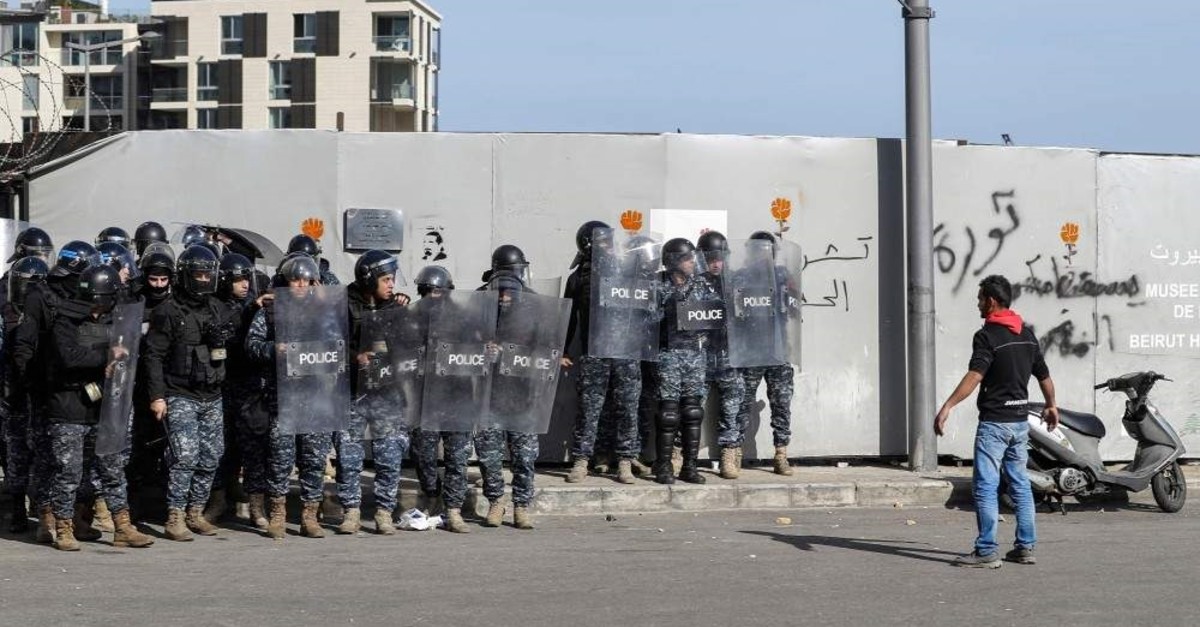 Lebanese protesters hurled rocks and metal barricades at security forces blocking a road near parliament on Monday ahead of a budget debate as Lebanon grapples with a deep financial crisis.

Thousands of soldiers, including special forces, as well as riot policemen were deployed on major roads in the capital and its suburbs. They sealed off the zone leading to parliament to prevent protesters from blocking the lawmakers' path. Protesters blocked roads further afield to prevent lawmakers from reaching the building.

During the two-day session, parliament is scheduled to discuss the 2020 budget that was drafted by the government of former Prime Minister Saad Hariri, who resigned in late October in response to the nationwide protests. The tight security measures underscored determination to hold the two budget sessions despite the protests. In November, thousands of protesters closed roads leading to parliament, forcing a postponement of a legislative session after most lawmakers weren't able to reach the legislature.