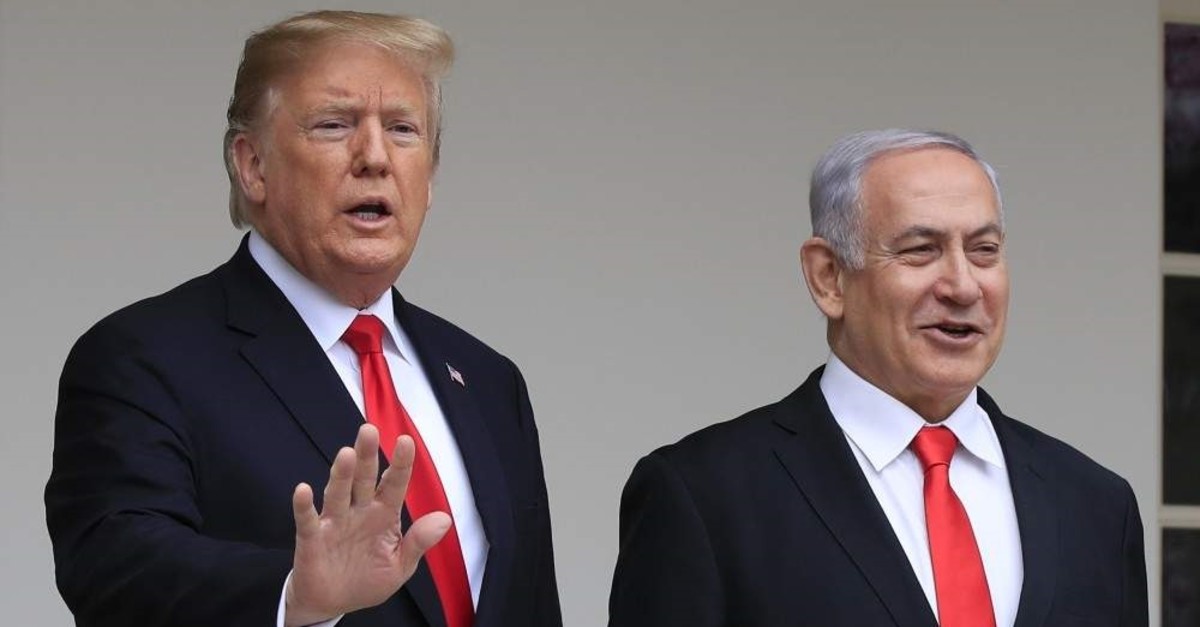 Palestinian leaders have threatened to withdraw from key provisions of the Oslo Accords, the agreement that defines its arrangements with Israel, ahead of the U.S. President Donald Trump's release of his long-delayed Middle East peace plan.

Trump was scheduled to unveil the plan ahead of his meeting in Washington with Israeli Prime Minister Benjamin Netanyahu and his rival Benny Gantz. Netanyahu, who has called Trump "the greatest friend that Israel has ever had," said he hoped to "make history" in Washington this week. But the Palestinian leadership was not invited to the talks and has rejected Trump's initiative amid tensions with the U.S. president over his recognition of Jerusalem as Israel's undivided capital.

Palestinian President Mahmoud Abbas has rejected a request from U.S. President Donald Trump to speak by phone, an official said Monday. Trump made the request a few days ago, said the official, who asked not to be named due to restrictions on speaking to the media. Abbas has announced on several occasions his refusal to accept the U.S. plan.

Hamas leader Ismail Haniya Sunday warned the Middle East peace plan "will not pass" and could lead to renewed Palestinian violence. "We firmly declare that the 'deal of the century' will not pass. The new plot aimed against Palestine is bound to fail," and could lead the Palestinians to a "new phase in their struggle" against Israel, Haniya said in a statement.

The political aspects of the plan to end the decades-long conflict between Israel and the Palestinians have been closely held, although the economic components have already been unveiled. The launch of the plan has been delayed numerous times over the last two years. U.S. officials decided to move forward now rather than wait until the Israeli election, as the past two elections have already left the Israel government deadlocked.

Trump has made a number of decisions Israel has welcomed that have angered Palestinians, having recognized Jerusalem as Israel's capital, moved the U.S. Embassy from Tel Aviv to Jerusalem and slashed humanitarian aid to Palestinians. Palestinian officials have ruled out a role for the U.S. in peace talks after the Trump administration unilaterally recognized Jerusalem as Israel's capital, upending long-established understandings that underpin negotiations to end the conflict and establish a Palestinian state side-by-side with Israel. The Palestinians want a state in the West Bank, east Jerusalem and the Gaza Strip, all territory captured by Israel in 1967.