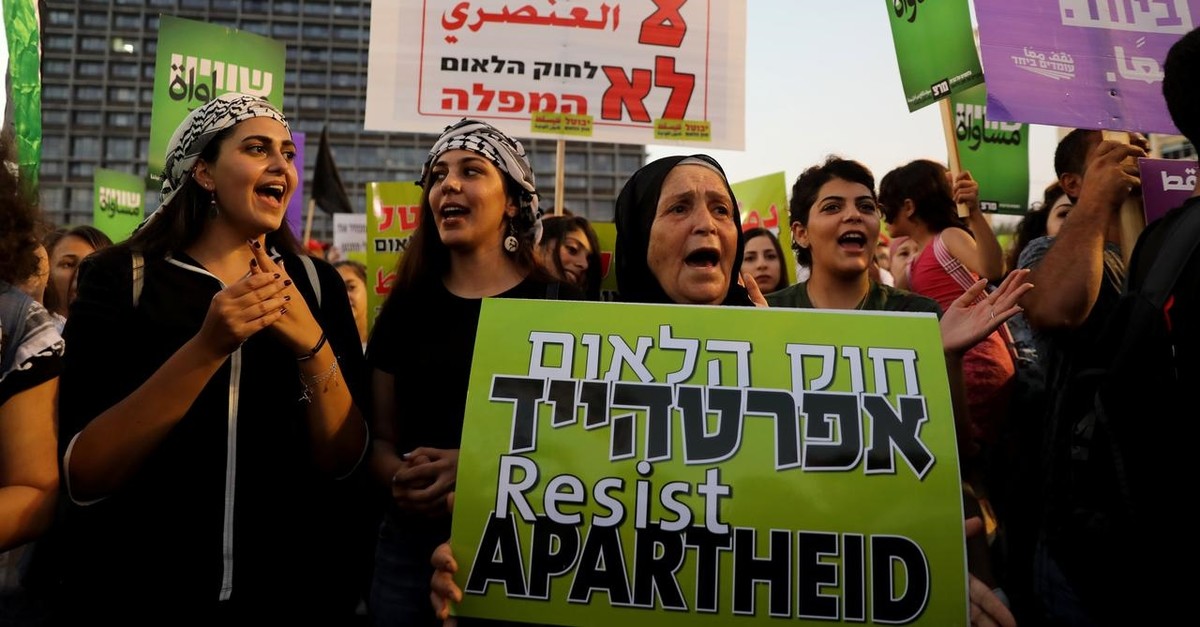 "Palestinians will be relegated to small, enclosed, isolated enclaves, with no control over their lives as the plan eternalizes the fragmentation of Palestinian space into disconnected slivers of territory in a sea of Israeli control, not unlike the Bantustans of South Africa's Apartheid regime," Israeli watchdog B'Tselem said in a statement late Tuesday in harsh response to U.S. President Donald Trump's so-called "deal of the century."

"The American administration's plan branded as the "deal of the century" is more like swiss cheese, where the cheese is being offered to the Israelis and the holes to the Palestinians. There are many ways to end the occupation, but the only legitimate options are those based on equality and human rights for all," the organization added, emphasizing that the plan "legitimizes, entrenches and even expands the scope of Israel's human rights abuses."

Saying that the plan "drains the principles of international law of any meaning," the watchdog added that Trump is going to reward Israel for its unlawful seizure of Palestinian land.

"This plan reveals a world view that sees Palestinians as perennial subjects rather than free, autonomous human beings," the statement added.

"As a matter of fact, it is no solution at all, just a recipe for generations more of oppression, injustice, and violence."

Trump unveiled earlier on the same day the long-awaited peace plan for the Israeli-Palestinian conflict, although it was already roundly rejected by Palestinians.

Trump said that previous U.S. presidents failed to forge peace with Israel and Palestine, adding that his plan is the "most detailed proposal ever."

"This map will more than double the Palestinian territory and provide a Palestinian capital in eastern Jerusalem where America will proudly open an embassy," he said, adding that no Israelis or Palestinians will be uprooted from their homes.

"Israel will work closely with King of Jordan to ensure that the status quo of the Temple Mount is preserved to ensure that all Muslims who wish to visit the Al-Aqsa Mosque and pray will be able to do so," Trump said.