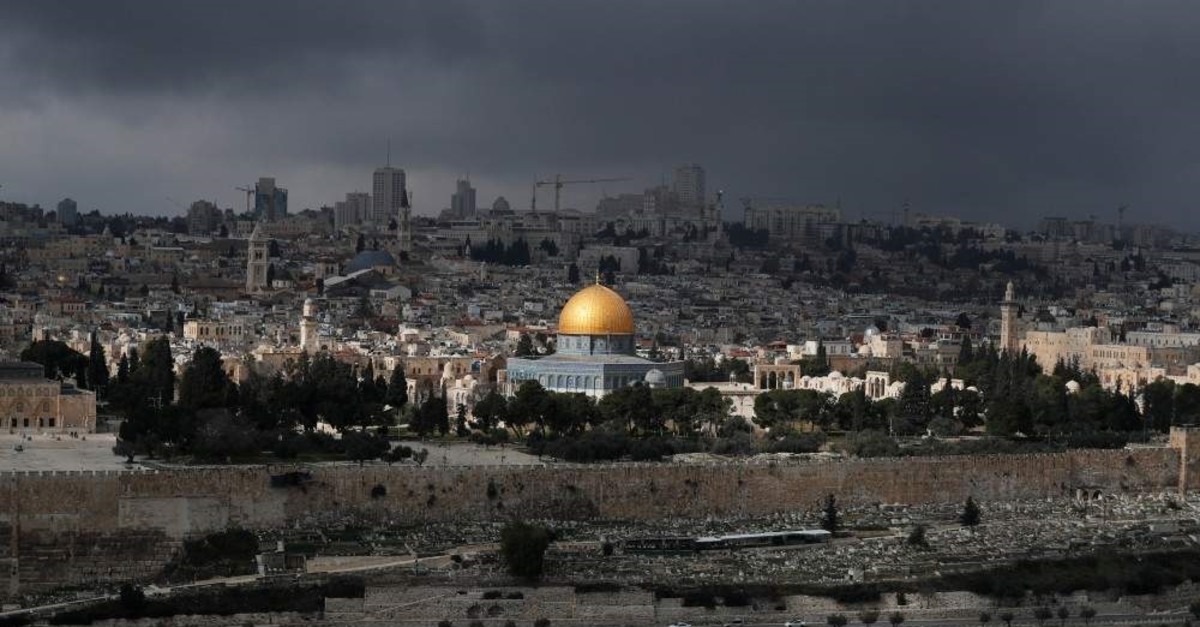 A general view shows the Dome of the Rock on the compound known to Jews as the Temple Mount and to Palestinians as the Noble Sanctuary in Jerusalem's Old City, Jan. 29, 2020. (Reuters Photo)
by Compiled from Wire Services Jan 29, 2020 6:37 pm

U.S. President Donald Trump's plan for the Middle East has received widespread criticism from across the world.

The Arab League on Wednesday censured the U.S. peace plan for Palestine, saying the proposed "Deal of the Century" violates Palestinian rights. In a statement, the pan-Arab body said that peace could not be achieved unilaterally but depended on the will of the Palestinians as well.

Iranian Supreme Leader Ayatollah Ali Khamenei said Wednesday that Trump's peace plan for the Israel-Palestinian conflict was doomed to fail and all Muslim nations should oppose it. "The devilish and vicious policy of America toward Palestine called the 'Deal of the Century' will never materialize ... all Muslim nations will confront them and will not let it materialize," Khamenei tweeted in Farsi.

Meanwhile, Europe and the U.N. were cautious about his proposal of a two-state solution with Israeli settlements. The U.N. said it remains committed to a two-state solution based on the borders in place before the 1967 war, when Israel seized the West Bank and Gaza. "The position of the United Nations on the two-state solution has been defined, throughout the years, by relevant Security Council and General Assembly resolutions by which the secretariat is bound," said Stephane Dujarric, a spokesman for Secretary-General Antonio Guterres.

The European Union is also split over its response if Israel goes ahead with the annexation, diplomats said. Consensus among the EU members remains elusive with countries such as Hungary opposing measures favored by Sweden, Ireland and others. Britain, which is set to depart from the EU on Friday, was much warmer to Washington's proposals. British Prime Minister Boris Johnson said Wednesday, "No peace plan is perfect but this has the merit of a two-state solution. It is a two-state solution; it would ensure that Jerusalem is both the capital of Israel and of the Palestinian people."