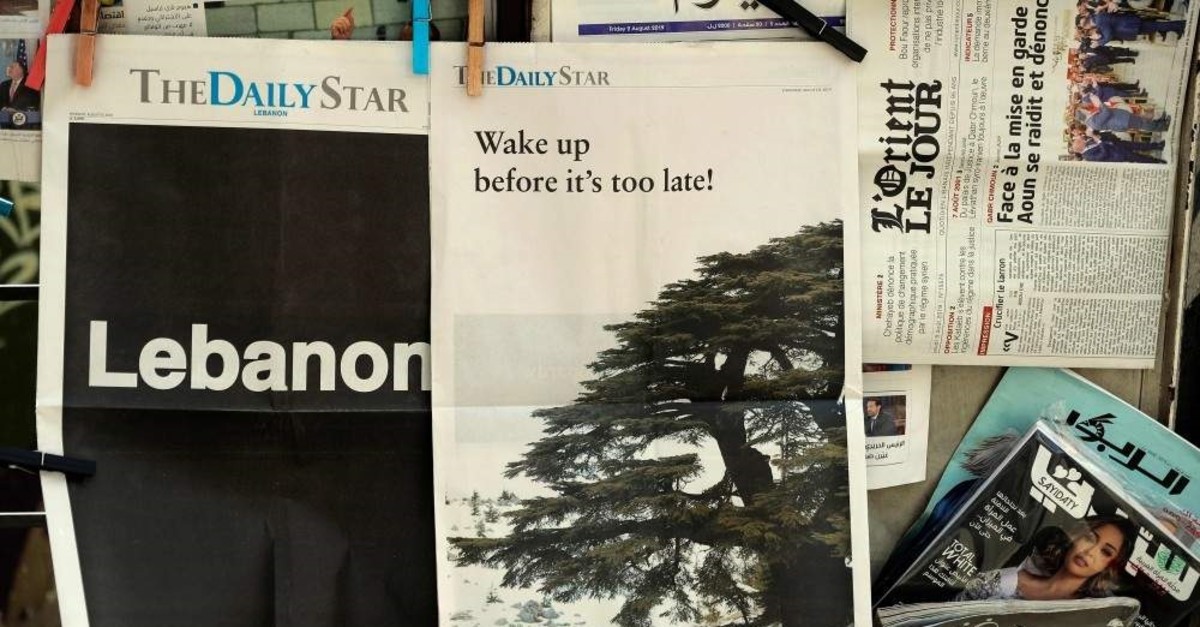 Lebanon's only English-language newspaper The Daily Star said Tuesday that it will temporarily suspend its print edition due to financial challenges amid the country's ongoing economic crisis. Its website and social media platforms will continue to operate. "The Daily Star apologizes to readers of its print edition and remains hopeful that it can ride out this storm until it passes," it said.

The decision comes after "a drop to virtually no advertising revenue" over the past four months. The Daily Star was founded in 1952, halted its print during the 1975-1990 civil war and re-launched it in 1996.

In December, the prominent An Nahar newspaper printed a half-blank front page to urge its readers to give donations. Several prominent newspapers have been forced to shut down in recent years due to financial problems, including former Prime Minister Saad Hariri's al-Mustaqbal newspaper.

Lebanon has been gripped by street protests since mid-October and the economic and political turmoil has generated Lebanon's worst crisis since the civil war. The political impasse is worsening an already-dire economic crisis that the World Bank says may see the number of people living in poverty climb from a third to half the population. The violence in Lebanon has ebbed since a new government was formed on Jan. 21 and protesters took stock. Although they reject the new Cabinet, some protesters believe it should be given a chance to enact urgent reforms to avoid complete collapse amid a crippling economic and financial crisis. Others have been discouraged and disgusted by the rioting and the violence. However, most agree it's only a matter of time before the protests ignite again.