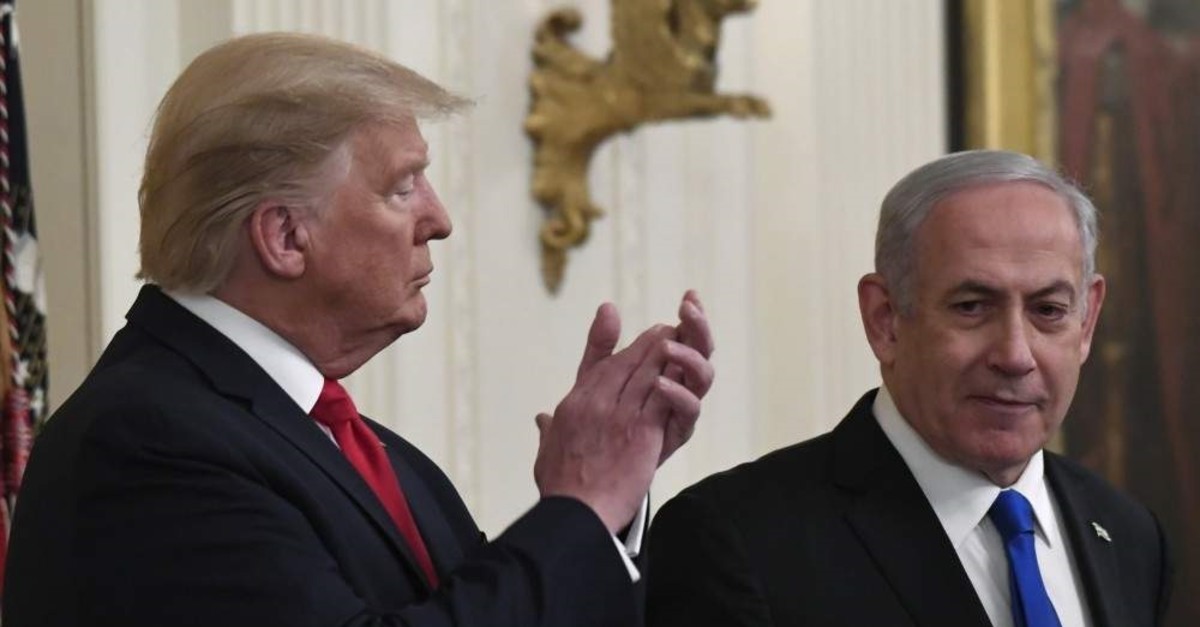 In the wake of the Sudanese people's overthrowal of their autocratic leader Omar al-Bashir, the new Sudanese administration seems to be vulnerable to Israel's new Middle East policy, which aims to establish relations with Arab countries in order to gain legitimacy for Israel's illegal borders and occupation of Palestinian lands. Following the announcement of the unilateral "peace plan," architected by the U.S., Israel has increased its efforts to ally with more figures in the Arab world. Abdel Fattah al-Burhan, chairman of Sudan's ruling Transitional Military Council, seems to be among them.

Israeli Prime Minister Benjamin Netanyahu said that he met with Burhan in the Ugandan city of Entebbe to discuss "normalization." Israel has normally been at war with Sudan, which supported Egypt during the wars with Israel in the 1960s and 1970s. In a statement from the Israeli side, Israel underlined that it would like to continue dialogue with Sudan. "It was agreed to start cooperation leading to normalization of the relationship between the two countries," the statement read. According to the statement, Netanyahu was eager to further the relations with Sudan, which, he believes, "was moving in a new and positive direction." Sudan's new administration, according to Netanyahu, was "interested in helping his country go through a modernization process by removing it from isolation and placing it on the world map." Palestinian officials were angry at Burhan, describing the meeting as a "stab in the back."

However, the meeting does not seem to reflect the Sudanese administration's views since it was announced that Burhan's meeting happened without the government being notified. In fact, the meeting was kept a secret until Netanyahu posted a tweet about it. Sudan's Communication Minister Faisal Saleh said: "We (the Sudanese government) have received through the media the news of the meeting between Burhan and Netanyahu in Entebbe, Uganda. The government wasn't notified or consulted in the Cabinet about this meeting. We will wait for clarifications after Burhan's return." A Sudanese military officer, speaking to The Associated Press (AP), claimed that the United Arab Emirates was the mediator for the meeting. According to the officer, the UAE aims to remove Sudan from its terrorist list, on which the country was included in the 1990s after Bashir welcomed Osama bin Laden.

U.S. Secretary of State Mike Pompeo also pledged support for the meeting and invited Burhan to Washington. When considering that the U.S. has been imposing sanctions on Sudan, it sounds reasonable that Burhan might be willing to rid his country of the sanctions. In return, he might have been asked to help establish relations with Israel. Before his ousting, Bashir had said he was asked to normalize relations with Israel, but he had refused. In other words, Israel's intention to establish relations with Sudan is not new but the new government might be helpful at this point. It is clear that Israel would like to gain legitimacy among the Arab countries.