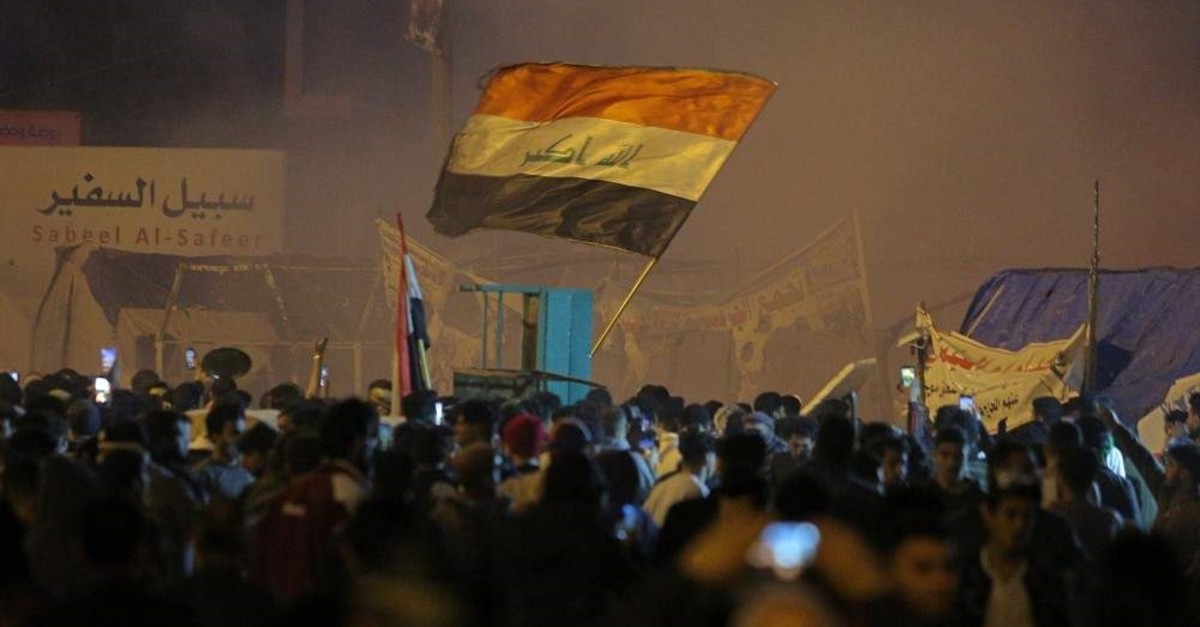 In a renewed tension in protest-hit Iraq, the followers of a populist Shiite cleric, Muqtada al-Sadr, attacked anti-government protesters this week in the nearby holy city of Najaf, home to Iraq's Shiite religious leadership, and the sacred city of Karbala.

Late Wednesday, the violence in the holy city of Najaf – where Grand Ayatollah Ali al-Sistani is based – left eight anti-government demonstrators dead after followers of al-Sadr, known as blue hats for the caps they wear, stormed their sit-in protest. The blue hats turned on protesters in several incidents after al-Sadr entered a deal with Iran-backed political blocs last week to bring in new Prime Minister-designate Mohammed Tawfiq Allawi, a move the protesters reject. On Thursday, al-Sadr's followers raided another camp in the holy city of Karbala.

Al-Sadr had backed the rallies demanding the ouster of the entire political class when they erupted in October but has since then changed course. In supporting Allawi as Iraq's new premier, al-Sadr split with the rest of the popular movement and his diehard followers have turned on rival protesters. His endorsement of Allawi prompted a sudden escalation in tensions with other demonstrators, which spilled over on Monday when an anti-government protester was stabbed to death in Hilla, south of the capital.

Al-Sistani, in remarks delivered by his representative during his weekly Friday sermon in Karbala, condemned the violence in Najaf and blamed security forces for failing to stop it. "It is the security forces that must take responsibility to keep the peace, protect the protest squares and peaceful demonstrators and identify attackers and rabble-rousers," the representative said. "There is no excuse for shirking that duty." Al-Sistani urged that the new government which Allawi will form be representative of the Iraqi people and said it must have their full trust.

Al-Sistani holds great influence over public opinion among Iraq's Shiite majority. He avoids commenting on politics except during crises. His withdrawal of support for the government of Adel Abdul-Mahdi in November sealed the outgoing premier's fate.

Allawi's nomination on Feb. 1 has so far failed to quell the months-long rallies sweeping Baghdad and the mainly-Shiite south, where young demonstrators have demanded nothing short of a total government overhaul. He must form a government within a month and face a confidence vote in parliament. Iran welcomed his designation Sunday.

Most young protesters have rejected Allawi as he is too close to the ruling elite. Al-Sadr has directed anti-government unrest in previous years, but he has not been able to control this round of demonstrations and many protesters oppose him as much as the rest of the political class.

The death toll from anti-government protests in Iraq has risen to more than 556, Iraq's Independent High Commission for Human Rights said Sunday. A statement from the press office of Ali al-Bayati, a representative of the commission, said those who doubt the figure should provide evidence. According to Amnesty International and previous statements by President Barham Saleh, more than 600 people have been killed during the protests. The commission earlier announced that more than 17,000 people have been injured.