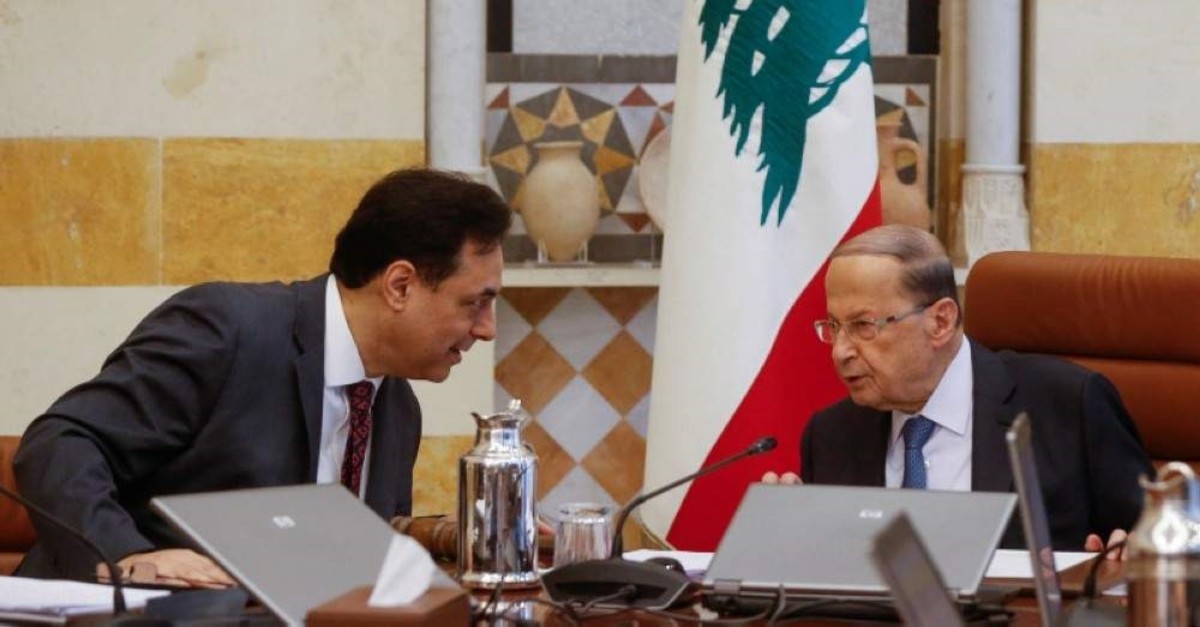 As Lebanon grapples with its worst economic and financial strains in decades, foreign donors have said they will only help if the government enacts long-stalled reforms.

Aoun said he had a phone call with French President Emmanuel Macron and the two would speak again in the next few days.

"A number of states have expressed their desire to help Lebanon, with France at their forefront," Aoun's office quoted him as saying on Saturday in an interview with French magazine Valeurs Actuelles. It did not elaborate.

The new Lebanese government has approved a rescue plan that envisages seeking foreign help, calls for interest rate cuts, and warns of some "painful steps" that will be necessary, according to a copy seen by Reuters on Thursday.

The policy statement will be presented to parliament next week for a vote of confidence.

Prime Minister Hassan Diab's cabinet was formed last month with the support of the Iran-backed Hezbollah movement and its political allies, which hold a parliamentary majority.

The government must contend with a liquidity crunch, shattered confidence in banks, a weakened Lebanese pound and soaring inflation.

It took the new government some three months after Saad al-Hariri's government resigned under pressure from nationwide protests against a ruling elite accused of corruption, to take office.