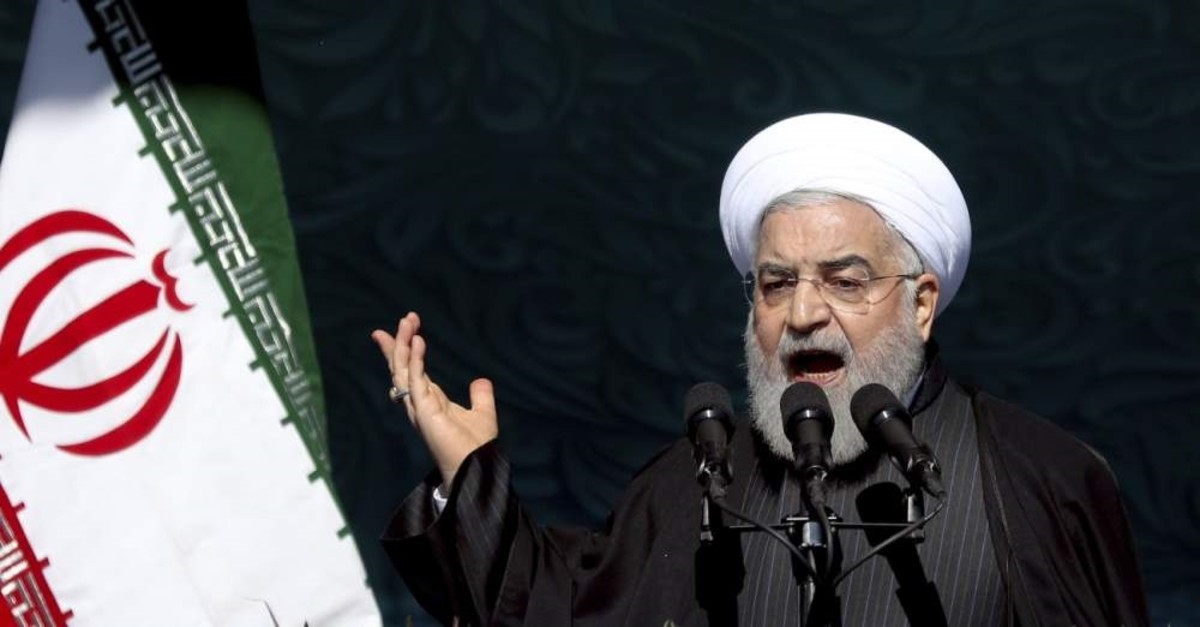 While Iran faces challenges from inside, the U.S. and the protesters in Iraq and Lebanon, hundreds of thousands of people gathered in Tehran to celebrate the 1979 revolution's anniversary

Iran's foreign policy has been put to the test recently as it goes through some of the worst times ever in its history. While protesters in Iraq, Lebanon and in Iran itself denounce Tehran's sect-based policy in the Middle East and North Africa, the U.S. killing of influential Gen. Qassem Soleimani last month, heightened tensions to unprecedented levels. However, on the anniversary of the 1979 revolution allowed Iranian politicians and religious leaders to encourage people to stand up to the country's enemies.

President Hassan Rouhani said the U.S. finds the Islamic Revolution "unbearable." "It is unbearable for the U.S. to accept the victory of a great nation and that a superpower has been driven out of this land," he said in a speech at Tehran's famous Azadi square.

Addressing hundreds of thousands of people, Rouhani asked them to be patient against the sanctions. "In the past two years, America has put so much pressure on our beloved people, on all of our trade, our exports, imports and the country's needs, to exhaust the patience of our people."

He added that "the Americans did not understand the greatness of the Iranian people." He also referred to Iranian history, saying "The U.S. believes it is facing 41 years of civilization. No, the Americans are facing thousands of years of Iranian civilization." The crowds chanted slogans against the U.S. and Israel, waved Iranian flags and carried the late Ayatollah Khomeini's posters. "Death to America," was the most heard slogan.

In 1979, several Iranian factions, including the supporters of the cleric, Khomeini launched mass protests and managed to overthrow the Shah Mohammad Reza Pahlavi, a loyal friend of the West. In the following years, the current Iranian regime eliminated other factions and created a theocratic state. The Tehran administration has since adopted a hostile stance towards the West as well as some Muslim countries, trying to export its Shiite ideology.

Iranian officials had feared that this year's rally would see low turnouts. Therefore, Hadi Khamenei, brother of Iran's supreme leader Ayatollah Ali Khamenei made a call on Iranians on state television, saying "securing our country and our region depends on our unity, and participation in this rally is a symbol of this unity." Soleimani's daughter Zeinab also attended the rally and delivered a speech, calling for revenge for his father's death.

However, the Iranian regime has been facing opposition from the inside. After oil prices were increased by 50%, thousands of people took to the streets in November. Despite no official statements from Iranian officials, Amnesty International said at least 300 people died when the authorities cracked down on the protests.

Moreover, protesters in Iraq and Lebanon have also decried Iran and its interference in the domestic issues of these countries via proxy groups.