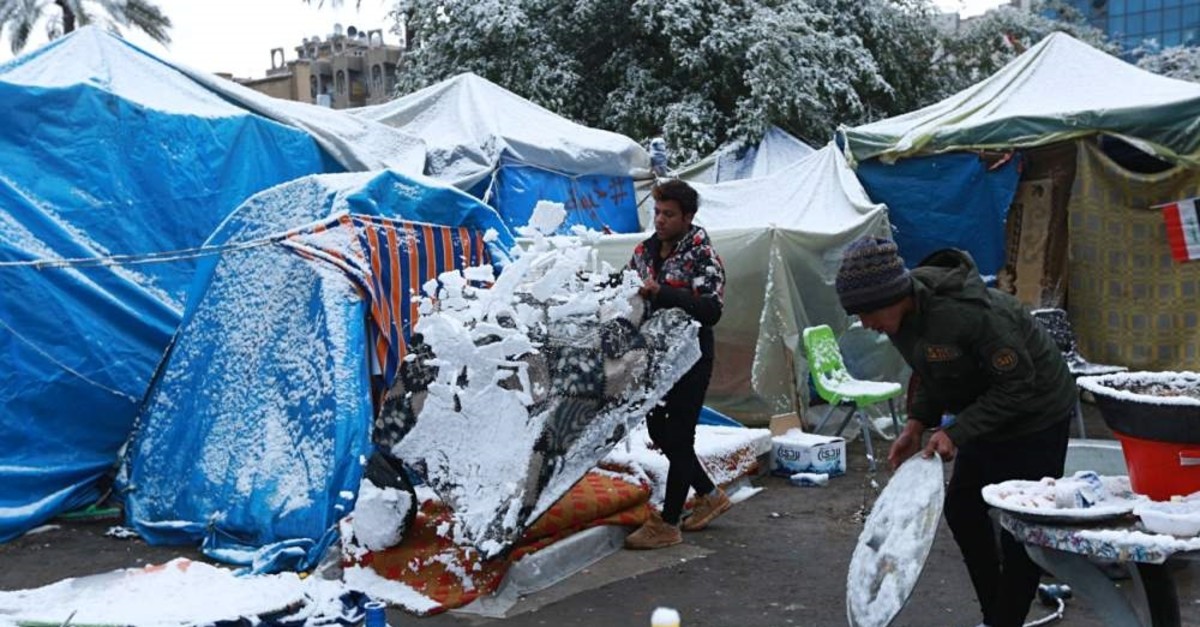 The Iraqi capital Baghdad awoke on Tuesday to a sight not seen in over a decade – their city covered in snow.

It was a rare moment of respite during which residents took selfies and children played in parks, lobbing snowballs before the fluffy flakes disappeared and the white cover dissolved into grey puddles.

Iraq has grappled with months of unrest, beginning with an anti-government protest movement that engulfed the country in October and the U.S. killing of a top Iranian general in Baghdad in early January, which brought the region close to war amid soaring U.S.-Iran tensions.

Over 500 people have died in the protests as security forces used live rounds and tear gas to disperse crowds in Baghdad and southern Iraq. The movement is entering a critical phase, after influential Shiite cleric Muqtada al-Sadr, who initially threw his weight behind demonstrators, withdrew it. Tensions have since seethed between protesters and al-Sadr's followers.

In the city's central Tahrir Square, the epicenter of the protest movement, protesters took a moment to observe the snowfall and dusted the flakes off their sit-in tents. "Thank God it is snowing this morning," said Aymen Ahmed, a protester. "The atmosphere is beautiful ... the people are very happy because this is the first time snow falls in Iraq."

Annual snowfall is common in the mountainous northern region of Iraq but very rare in Baghdad. The last time the capital saw snow was in 2008.