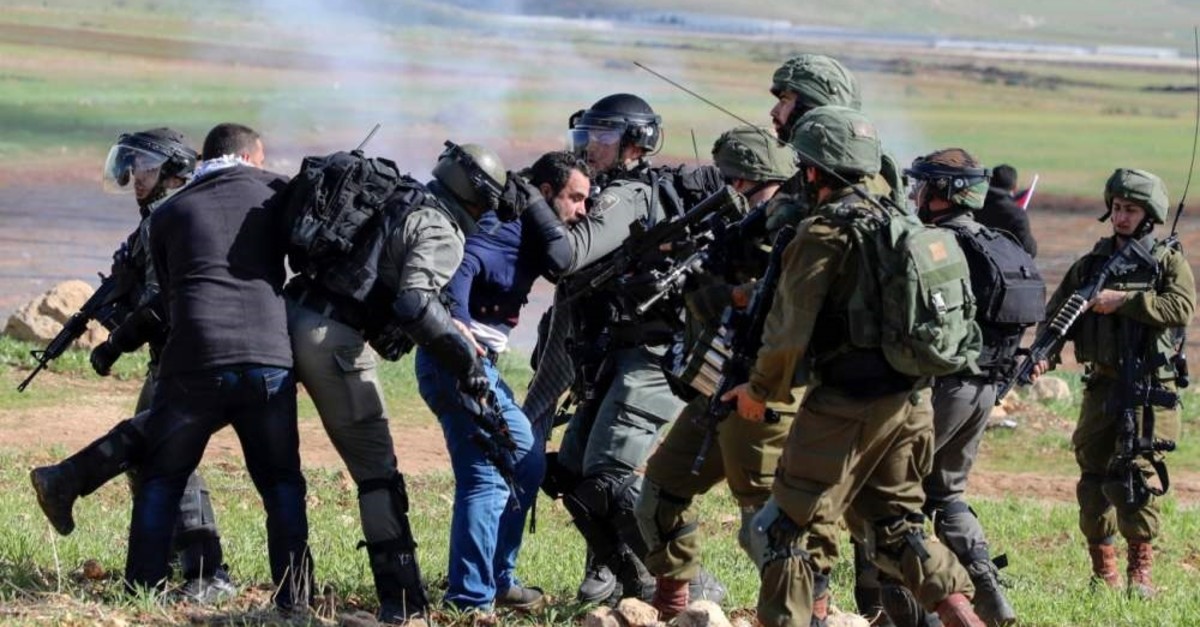 Israeli soldiers arrest a Palestinian protester during a demonstration outside the West Bank village of Tamun near the Jordan Valley, Jan. 31, 2020. (AFP Photo)
by Feb 12, 2020 8:10 pm

Over a dozen journalists covering protests in the occupied West Bank have been hurt or obstructed since the unilateral U.S. Middle East plan was unveiled, Reporters Without Borders (RSF) said on Wednesday, revealing further human rights violations in the occupied territories.

The non-profit said that it had registered 16 cases of obstruction since the plan was unveiled on Jan. 28. Five of those cases involved journalists being injured by rubber bullets or tear gas during clashes between Israeli forces and Palestinian protesters.

RSF called on authorities to ensure that the media was able to cover developments following the plan's release.

Palestinian journalists are just trying to work, said RSF's Middle East head Sabrina Bennoui. "Under no circumstances (should reporters) be put in the same category as protesters. Special care must be taken to allow them to do their reporting in relative safety," she added. RSF added that two journalists were detained for several hours in the Jordan Valley.

In a statement, the Israeli army said that during a riot in the Jordan Valley area, a camera was taken by a Palestinian who was filming at the scene and then "returned to him shortly thereafter." "The incident was reviewed at the scene and lessons were learned," the statement added.

RSF also reported incidents where journalists said they were verbally threatened, pushed violently or ordered not to film by soldiers.