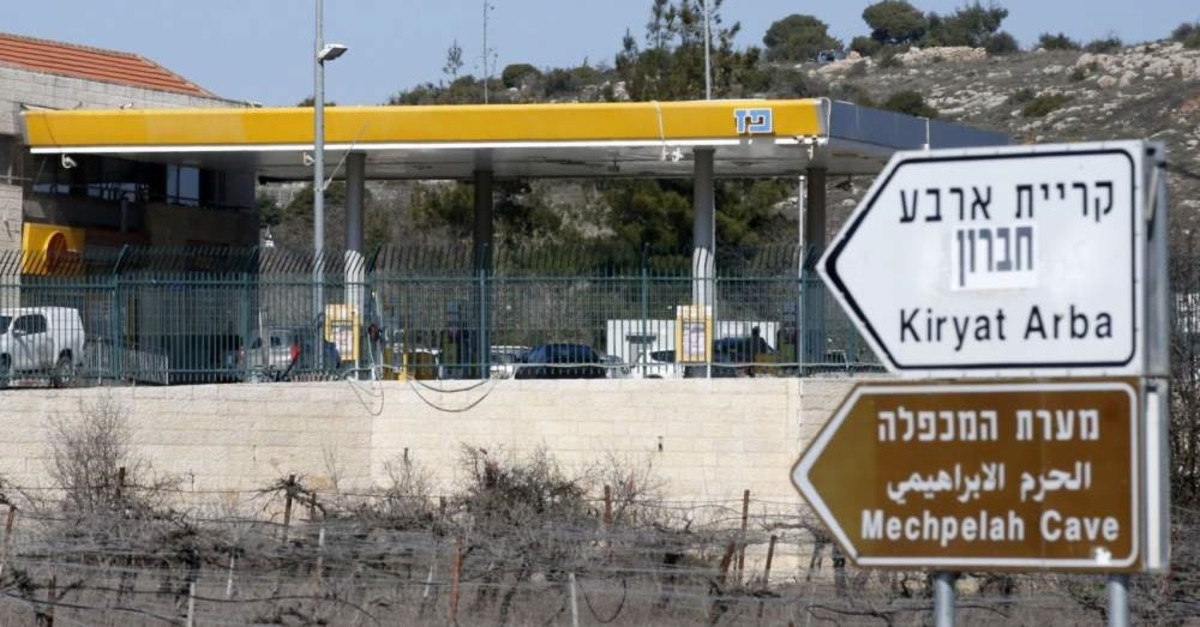 A petrol station belonging to the Israeli Paz company, one on the 112 companies published in the U.N. list, is pictured in the settlement Kiryat Arba near the city of Hebron in the occupied West Bank, Feb. 13, 2020. (AFP Photo)
by Daily Sabah with DPA Feb 13, 2020 5:01 pm

In response to the release of a list of Israeli and international firms doing business with illegal settlements in the occupied West Bank, Israel threatened to stop all cooperation with U.N. human rights chief Michelle Bachelet, a Foreign Ministry spokesman confirmed on Thursday.

"With the publication of this list, the high commissioner has lost all credibility or ability to promote human rights in our region," said Israel's permanent mission to the U.N. in Geneva. Israel, which accuses the U.N. and its organizations of having an anti-Israel bias, had announced in 2012 that it would end its cooperation with the U.N. Human Rights Council. The country later formally left the U.N. cultural organization UNESCO in early 2019.

On Wednesday, after repeated calls from Palestinians, the U.N. Human Rights Office published a list that included 94 Israeli enterprises and 18 foreign ones, such as tourism platforms Airbnb, Booking.com, Expedia and TripAdvisor, that have facilitated Israeli settlements in the occupied Palestinian territory.

The Geneva-based U.N. agency completed the list four years after the U.N. Human Rights Council had asked for it, in a resolution aimed at holding private companies accountable for their effect on the human rights of Palestinians. Inclusion in the list means the U.N. Human Rights Office believes these firms have taken part in activities such as supplying construction equipment, security, maintenance or banking services to settlements, as well as equipment for the destruction of Palestinian property.

Palestinian Prime Minister Mohammed Shtayyeh on Wednesday announced that they will take international legal action against companies named in the U.N. list. "We demand the companies immediately close their headquarters and branches inside illegal Israeli settlements because their presence contradicts international and U.N. resolutions," said Shtayyeh in a post on his Facebook page. "We will pursue companies listed in the report legally through international legal institutions and in courts in their countries for taking part in human rights violations in Palestine."

Shtayyeh said Palestinians would also "demand compensation" for what he called "their use of our occupied land illegally."