Israel to reduce amount of basic needs for Palestinians in jails 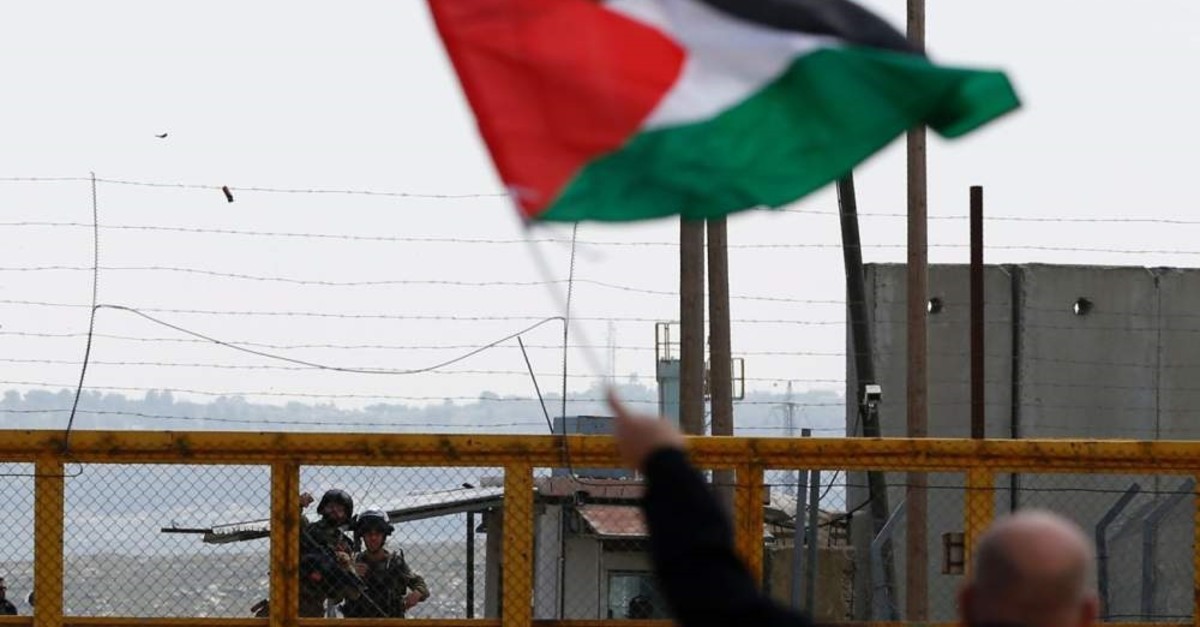 A Palestinian protester waves his national flag in front of Israeli security forces outside the compound of the Israeli-run Ofer prison in the Israeli occupied West Bank, March 30, 2016. (AFP Photo)
by Daily Sabah Feb 19, 2020 2:52 pm

Palestinian prisoners will have reduced amount of bread, water, and meat, Israel's detention authority has decided, exposing once again the ongoing systematic violations of human rights in Israeli jails

Israel moved to reduce the amount of food and other services offered to Palestinian prisoners in jails, the Palestinian Prisoner Club (PPC) said Monday, amid Israel's continuous violation of Palestinians' basic rights in its jails, including torture, repression and assaults.

The Israeli Prison Services (IPS) decided to cut the number of loaves of bread from five to four, the amount of meat, water and withdraw cookers and 40 items from their purchases, in a move to leave Palestinians prisoners suffer further, as reported by the Middle East Monitor.

In addition, the number of TV channels and books allowed would also be reduced. They will also decrease the break times, minimize the number of family visits and change factional representation.

Israeli forces arrest Palestinians on a nearly daily basis, with some released after short investigations and others referred to Israeli courts. Several other reports released throughout the year have cast greater light on how problematic the arrests have become.

Seven were shot, 72 were tortured to death and 59 died due to lack of medical care. The statement highlighted the fact that Palestinians in Israeli prisoners were being subjected to "inhumane" treatments, including physical and psychological torture. Some 60% of the prisoners have suffered "brutal physical assaults." The statement also urged U.N. Secretary-General Antonio Guterres to launch a special committee to probe Palestinian deaths in Israeli prisons.

According to Palestinian figures released last year, some 6,500 Palestinians continue to languish in Israeli detention facilities. Around 500 were detained under the so-called administrative detention laws. The figures also show that 700 detainees suffer from chronic diseases, which need urgent medical treatment and intensive follow up, while 26 have cancer.

Administrative detention allows Israel to detain people without charge or trial for renewable six-month periods. Taken away from their children, dozens of Palestinian women are suffering abuse in Israeli prisons, according to Palestinian activists. In a report released last October, the Addameer Prisoner Support and Human Rights Association said Israeli authorities hold 51 women.