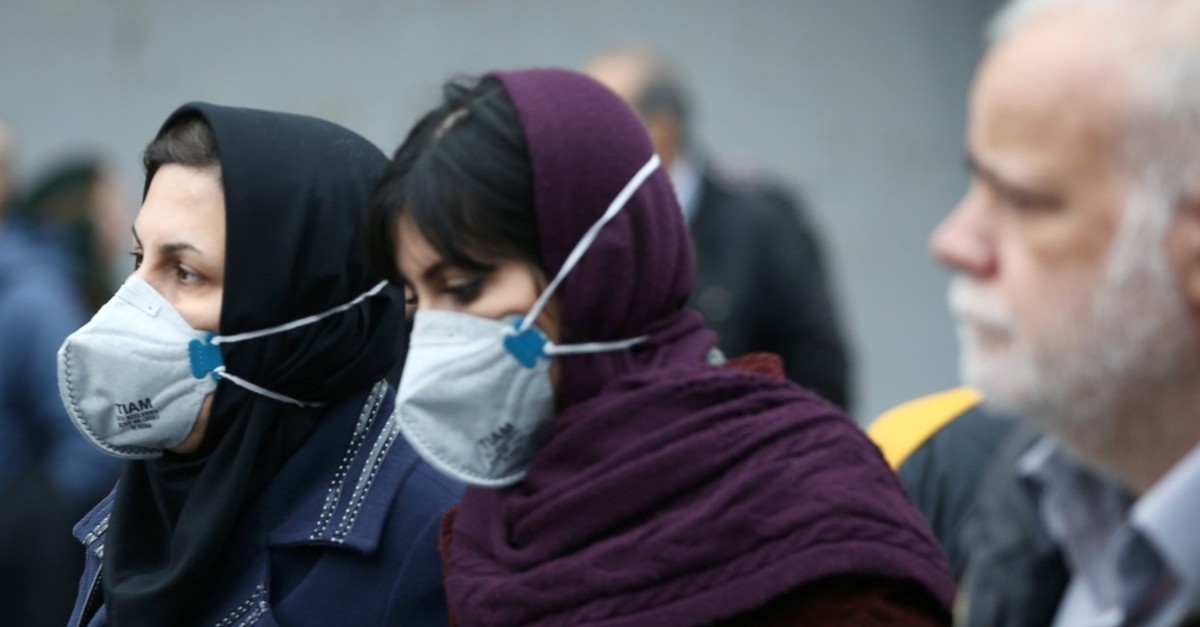 As the coronavirus outbreaks continue to expand rapidly outside China, Iran became the first country in the Middle East to confirm deaths from the virus, fueling fears of contagion in neighboring Turkey

As Iran reported two deaths from the coronavirus on Wednesday – the first in the Middle East, neighboring countries are now concerned about the potential spread of the outbreak in the region.

Fears have grown in Turkey's eastern province, located near the Iranian border, as the eastern cities expect an influx of Iranian tourists celebrating the coming of spring and the Persian New Year next month.

According to the statement made by the governorship, a meeting was held under the chairmanship of Governor and Deputy Mayor Mehmet Emin Bilmez, to evaluate the measures to be taken in the city of Van as numerous Iranian tourists visit the city. Emphasizing that the deaths occurred in the Iranian city of Qom, 900 kilometers away, Bilmez stated that although this place is far from Van, effective measures have been taken. As part of the preventive measures, Turkey will place thermal cameras and a health room at the Kapıköy border gate, while informing the border personnel about the virus outbreak and making them use masks and other equipment before contacting foreigners.

Iran said Thursday that three more people have been infected with the new virus that originated in central China, following an announcement the day before that two people had died of the illness caused by the virus in the Iranian city of Qom. All schools and universities, including religious Shiite seminaries, were shut down in the holy city of Qom, according to the official IRNA news agency. Other news reports said Iran had recently evacuated 60 Iranian students from Wuhan, the Chinese city at the epicenter of the epidemic. Qom, located around 140 kilometers south of the capital, Tehran, is a popular religious destination and a center of learning and religious studies for Shiite Muslims from inside Iran, as well as Iraq, Pakistan and Afghanistan and Azerbaijan.

Countries around the world continue to grapple with the rippling effects of the outbreak. More than 2,100 people have died in the COVID-19 outbreak which began in December, with more than 74,000 people infected in China, and hundreds more in over 25 countries. So far, deaths have been confirmed in France, the Philippines, Taiwan and Hong Kong, Iran, South Korea and Japan.

The latest front in the widening global fight against COVID-19 emerged in Daegu, South Korea, where the city's 2.5 million residents were urged to stay indoors and wear masks at all times. The country reported its first fatality. The man who died was a long-term patient at the hospital in Cheongdo county, the Korean Centers for Disease Control and Prevention (KCDC) said in a statement, and was among 15 patients and staff who had tested positive for the virus.

Japan said two former passengers of the Diamond Princess cruise ship had died of the illness, bringing the death toll there to three. Fears there mounted about other passengers who disembarked the Diamond Princess after testing negative. More than 620 passengers have been infected on the ship, which has been quarantined since Feb. 3, initially with about 3,700 people on board. Japan has been criticized for its handling of the quarantine, as more than 620 people on board have been infected with the virus.