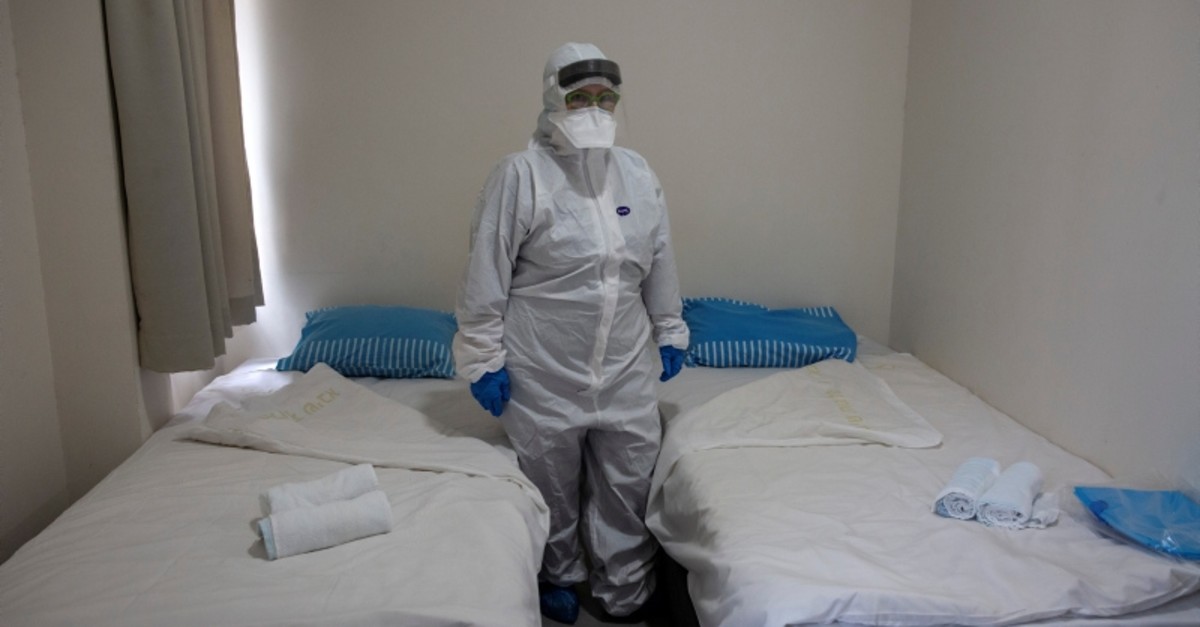 Israeli professor shows one of the rooms where returning Israelis with suspected exposure to coronavirus will stay under observation, at the Chaim Sheba Medical Center at Tel Hashomer in Ramat Gan, Israel, Feb. 19, 2020. (Pool via AP).
by Associated Press Feb 21, 2020 3:22 pm

One of the 11 Israelis who were flown home after being quarantined on a cruise ship in Japan has tested positive for the COVID-19 virus, the first case to be reported inside Israel, the Health Ministry said Friday.

The Israeli cruise ship passengers, who had all initially tested negative, arrived on a charter plane overnight. They were met by medics in protection suits and immediately taken to the Sheba Hospital near Tel Aviv, where they will be kept in quarantine.

Another four Israelis were hospitalized in Japan after testing positive for the virus.

The COVID-19 virus has infected more than 76,000 people in 27 countries and caused more than 2,200 deaths since it was first reported in China's Hubei province in December.

The Diamond Princess ship docked at a Yokohama port has the most COVID-19 cases outside of China, with 634 confirmed by late Thursday. Two former passengers have died.

Dozens of foreign passengers were flown back to their home countries on flights chartered by their governments.

Israel has cancelled all flights to and from China, and is requiring Israelis returning from China, Hong Kong, Macau, Singapore or Thailand to be quarantined at home for two weeks.