Turkey's reforms benefit Turkish-Armenians the most 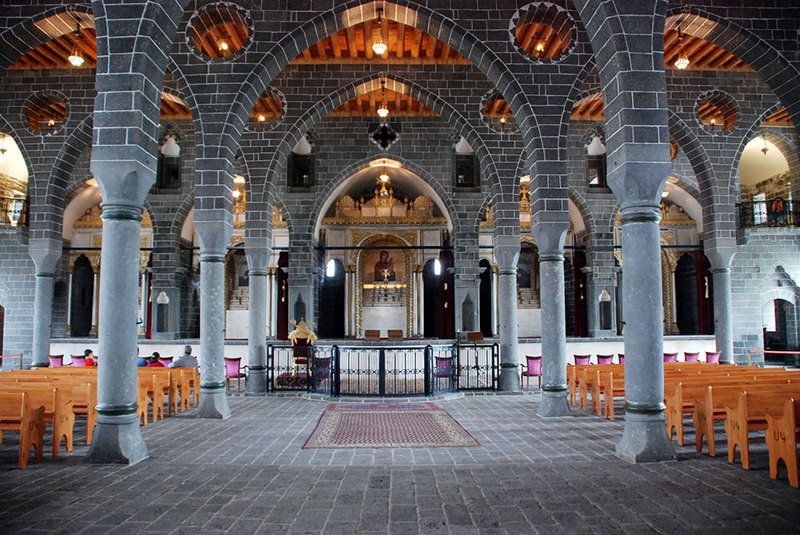 Surp Giragos Church, which has been in ruins since the early 1980u2019s, is among the many restored buildings belonging to the Armenian community | IHA Photo
by Anadolu Agency Apr 23, 2015 12:00 am
Armenians have benefited most from Turkey's recent reforms, according to Turkish government figures.

The Prime Ministry Office of Public Diplomacy, which coordinates with NGOs, claims that 284 properties have been returned to Armenian foundations since 2002. Istanbul's Armenian Catholic Church and Armenian Holy Cross High School have been registered as foundations during this period.

In addition, 26 churches across Turkey, including 11 Armenian churches, have been restored and another 23 are still undergoing restoration, according to the Culture Ministry's General Directorate of Cultural Heritage and Museums.

Restoration work on a further six churches - five of them Armenian - is expected to start soon.

The restoration of the 5th century city of Ani, once the capital of the Armenian Bagratide dynasty, in Turkey's eastern Kars province has undergone comprehensive restoration initiated by the Culture Ministry. It is tentatively listed for UNESCO World Heritage status.

In 2010, the Turkish government allowed Mass to be held for the first time in 95 years at the Armenian Church of the Holy Cross on Lake Van's Akdamar Island.

In the same year, the Education Ministry delivered Armenian textbooks to Armenian schools free of charge, as well as supplying resources to poorer students and their families.

Prime Minister Ahmet Davutoğlu last year appointed Armenian-Turkish journalist Etyen Mahçupyan as a special adviser while Toros Alcan was selected as a board member of the Prime Ministry's Directorate-General of Foundations.