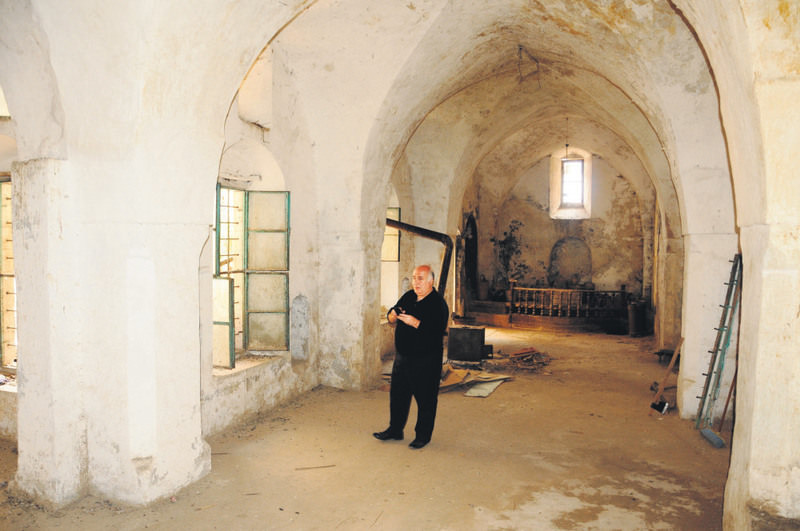 by Anadolu Agency May 24, 2015 12:00 am
The very first Assyrian Protestant Church in the southeastern province of Mardin is undergoing restoration and will be re-opened for prayer this year.

He said that the Protestant community has begun working to renovate the church, which lies in ruins. "We will restore it to its original state. We will serve the people of Mardin seven days a week, as the only Protestant church of the city. The related institutions of the state help us greatly with the restoration; however, we will restore the church as a community," Peker said.

He said that Protestants in the region migrated to other places due to oppression following the 1960 military coup in Turkey, and nobody has prayed in the church since then. Peker said the church will be the oldest Assyrian Protestant church still serving its community in the Middle East once it is opened for worship, and added, "The church, which has been closed since 1960, is older than the Protestant church in Jerusalem." He said that they are still in possession of the old books belonging to the church and that they will re-open the church library. "The church features a Turkish Bible and a 150-year-old grand piano. All the church belongings are also being renovated," Peker said.

He claimed that there would be a boost in the number of tourists visiting the city when the church is opened for worship. "The church will be pointed out among the most valuable assets of the city," he said.

Peker said they will conduct their ceremonies in Syriac, Turkish, Kurdish and Arabic, and their doors will be open to everybody. He added that there are nearly 7,000 Protestants in Turkey.
Last Update: May 24, 2015 8:56 pm
RELATED TOPICS