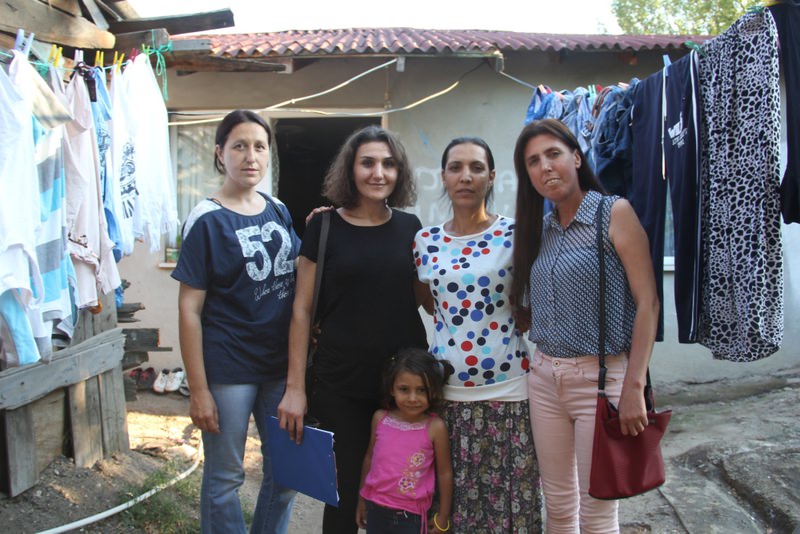 by Daily Sabah with AA Sep 07, 2015 12:00 am
Romani women in Edirne, a northwestern Turkish province that has a significant and often underprivileged Romani population, benefit from a new project where they are trained in lifelong learning classes and then offered jobs.

The "Working Women: A Hopeful Tomorrow" project offers free classes in vocations ranging from hairdressing to cooking and sewing for nine months. A total of 45 Romani women signed up for the classes initiated by the Edirne governorate already.

Nazlı Neşe Kaymak, the project's coordinator, told Anadolu Agency (AA) that they contacted women in need of jobs who were willing to work to help their family for the project. "We are cooperating with businesses in Edirne and signed an agreement with them that will allow women to be employed in those businesses after they complete their training.

Canan Akgüneş, a 32-year-old mother of three, was among the participants. She never had a job before and was excited at the prospect of having one after the training. Like many Romani individuals who live in poverty, she did not attend school after graduating from grade school and is dependent on her husband's limited income for a living. "I will help my family and hope to give a better future to my children," she said. Özlem Kısaç, another Romani woman, already learned how to sew in a similar training program and now wants to add hairdressing and cooking to her vocational skills. "You can get better jobs if you are skilled at more than one thing. I am still a housewife but I am looking forward to getting a job as soon as possible," she said.
Last Update: Sep 07, 2015 1:42 am
RELATED TOPICS